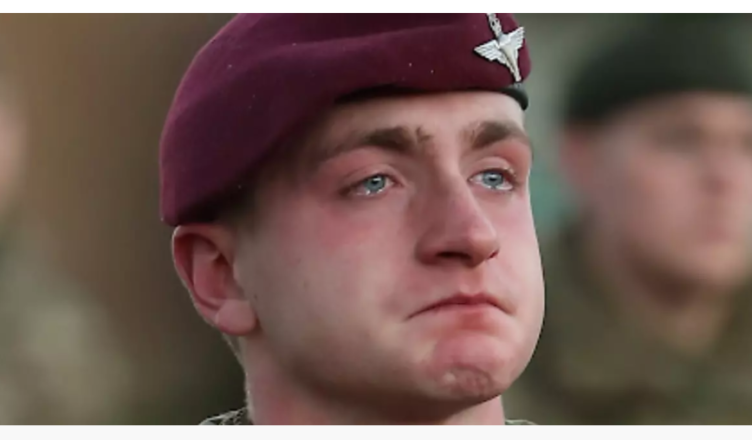 This wife of this Marine tried to keep a secret from him for months. A career in the military means being away from home from time to time. And when they are, many soldiers are separated from their families. This sometimes leads to painful, yet beautiful stories. Take, for example, the US Marine Chris Daugherty, who came home to a very special surprise after his military service…

Daugherty planned to be gone from home for around five months when he left in January 2017. However, it would become evident a few months later that his trip would be extended. It was an unexpected twist, but nothing compared to the surprise that awaited him when he returned… The Marine family life was nothing new to Daugherty, his wife Natasha, and their three children. 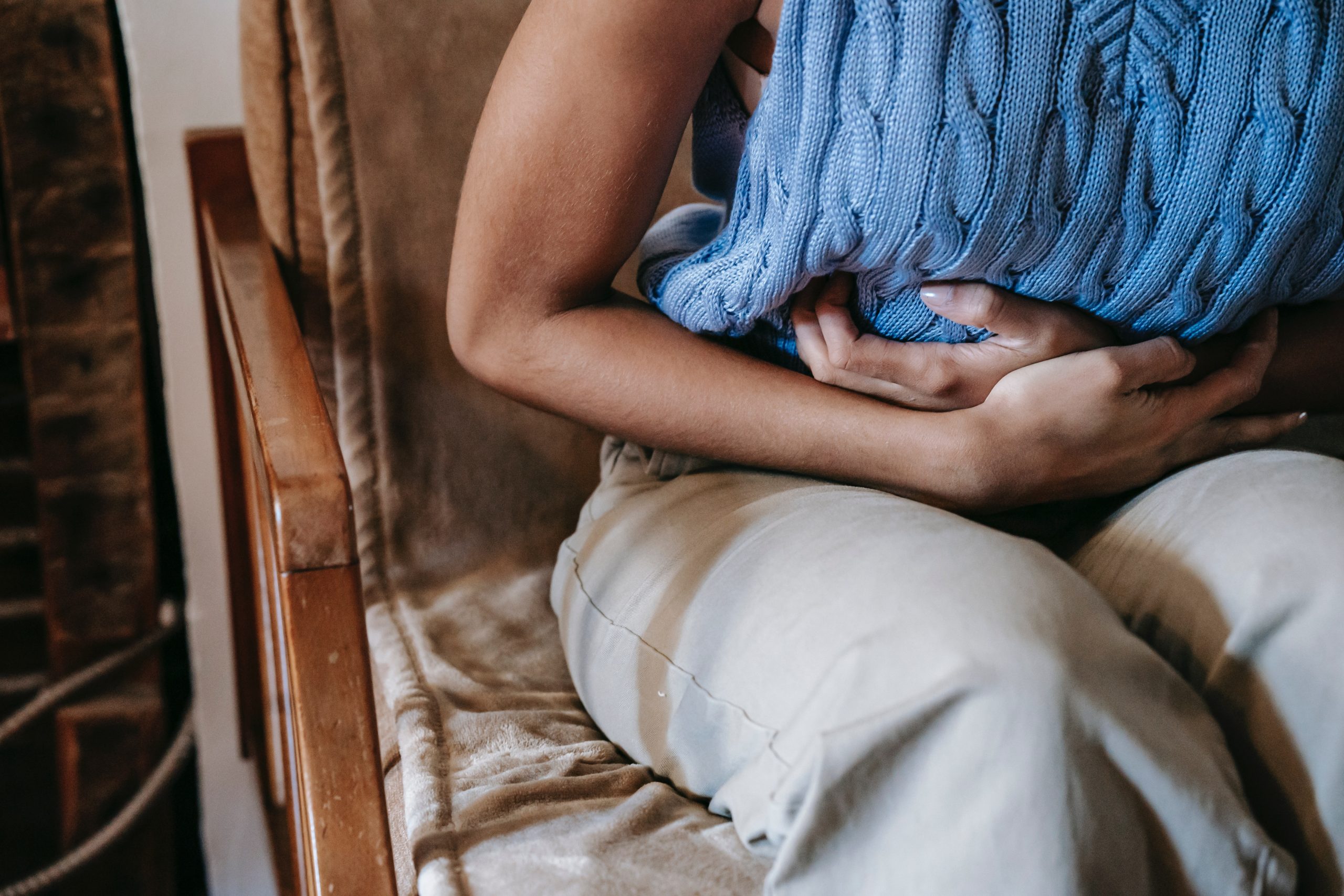 The Marine had been away from home for extended periods before, so when he left for Korea in early 2017, the family knew what to expect. Still, it wasn’t long before Natasha started to feel lonely. Although she was just starting to get used to her husband’s long journeys, she felt strange this time around. She even found herself behaving differently this time. It all began with small changes, but soon these became more and more difficult to hide!

Natasha’s children also began to notice these changes. Her eldest child, a 10-year-old boy, could easily keep it a secret, but whether her younger daughter could too? That was the question. 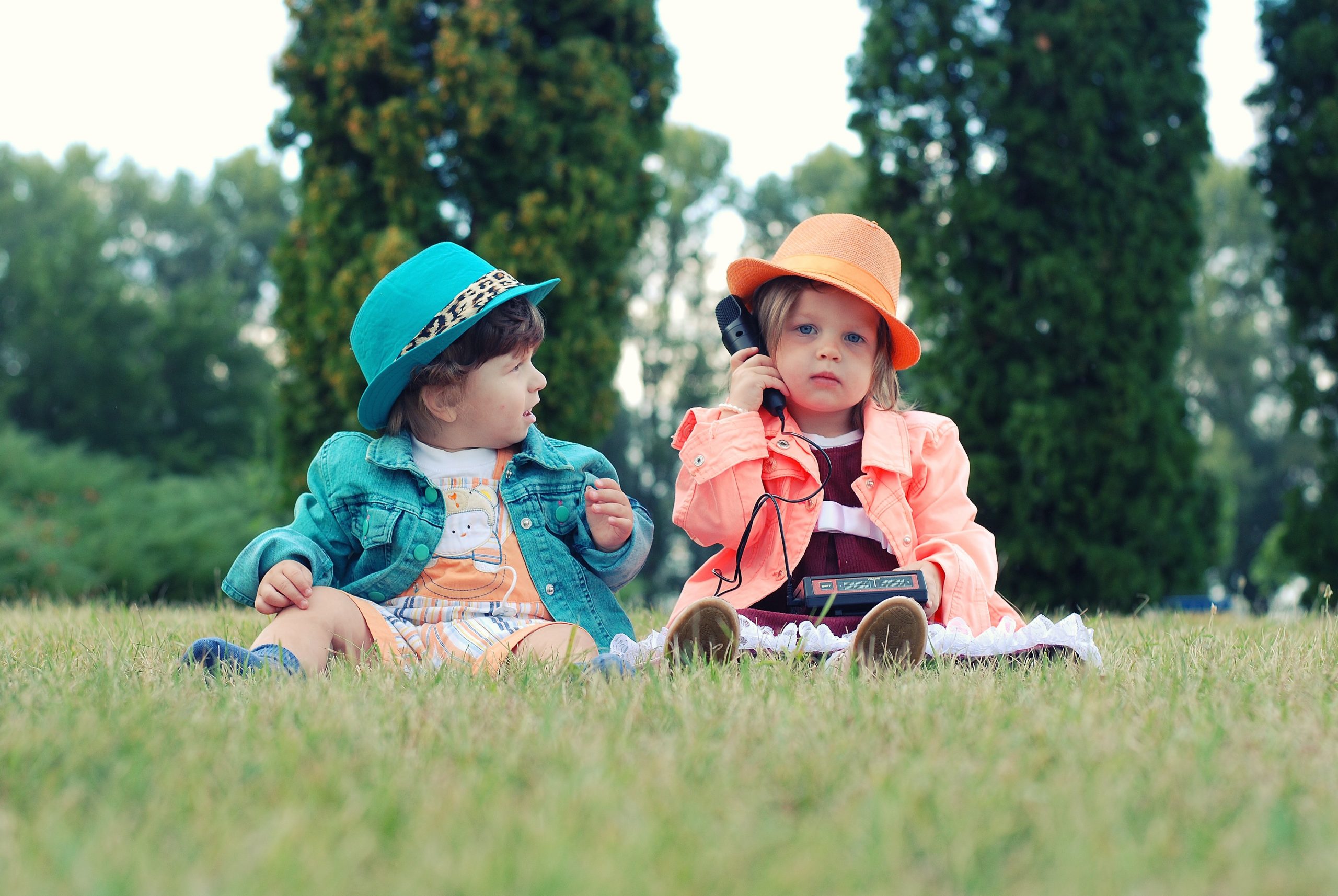 With all of the work she had to do at home, Natasha didn’t have much time for herself, but she maintained in touch with her husband on a regular basis. They video-called virtually every day, but Natasha found it difficult. What if Chris discovered she was attempting to conceal something?

Natasha found it particularly difficult to keep her secret at times. She was desperate to tell Chris. They had a video call a few weeks after he left, during which she almost gave it away. She chose to keep it a secret at the last minute. 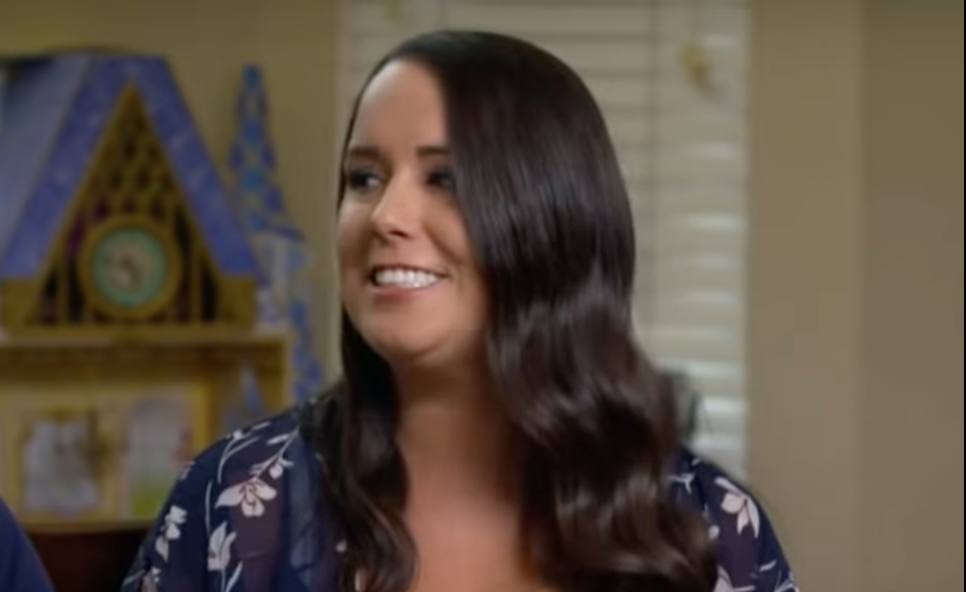 Besides Chris, Natasha’s immediate family too couldn’t know about her secret. This proved to be more difficult by the day because she had many clever relatives who could easily find out that the woman was keeping a secret.

Five months had passed, but Chris had not returned. In fact, his mission would be extended by a month. He called his wife from the army base to break the news. The mission, which became increasingly dangerous, would continue for at least another month…It was June 23 when Chris’s family gathered in San Diego on a hot summer’s day. There, on the pier, they saw the man they had been missing all along. 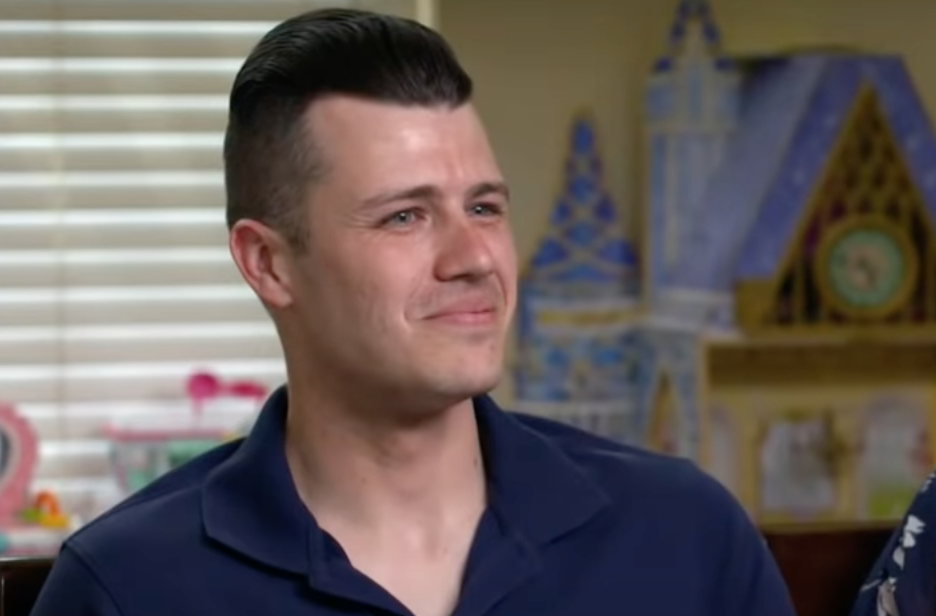 As fast as they could, Chris’ children ran towards their father. Behind them stood Natasha, holding a large sign: Welcome back, Daddy. After Chris had given his children a big hug, he walked over to his wife, who dropped the sign. “Are you kidding me? Seriously?” Chris said when he saw what appeared from behind the sign…

Hidden behind the sign was a text written on Natasha’s shirt: “I am the present Dad left behind before he left,” it said. And under the shirt? Natasha’s big old baby belly. 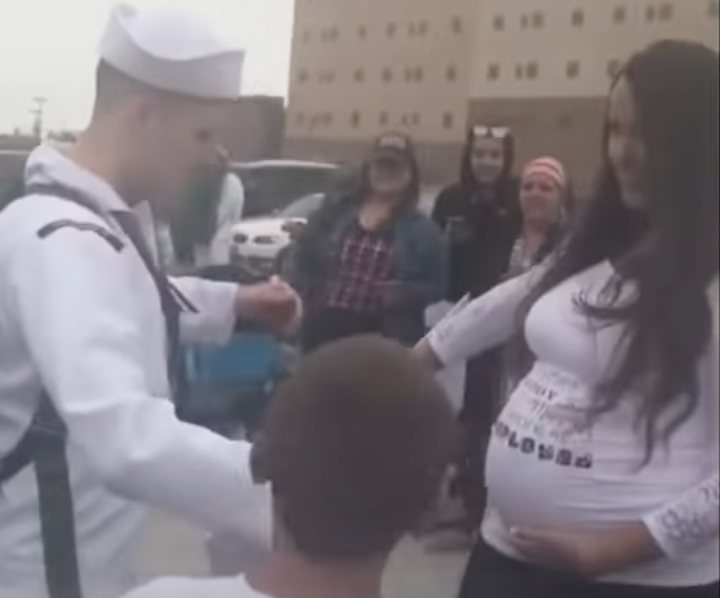 Chris could not believe his eyes. “I looked at her and poked her stomach,” he said afterwards. “I thought she was kidding me,” he laughed. 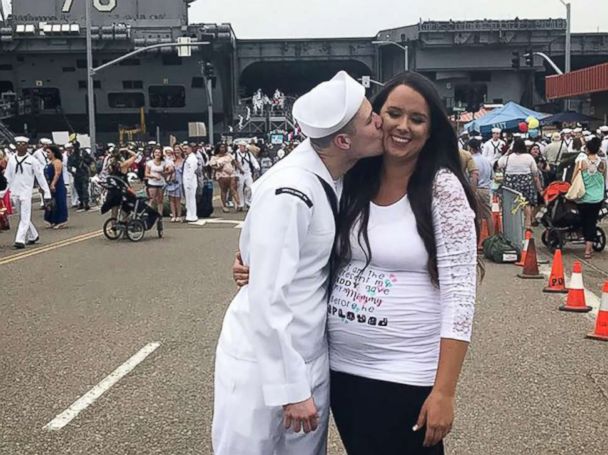 t was a very special day for Chris. Coincidentally, the day he returned home was Father’s Day. It almost seemed too good to be true. What he didn’t know was that it was only going to get better.