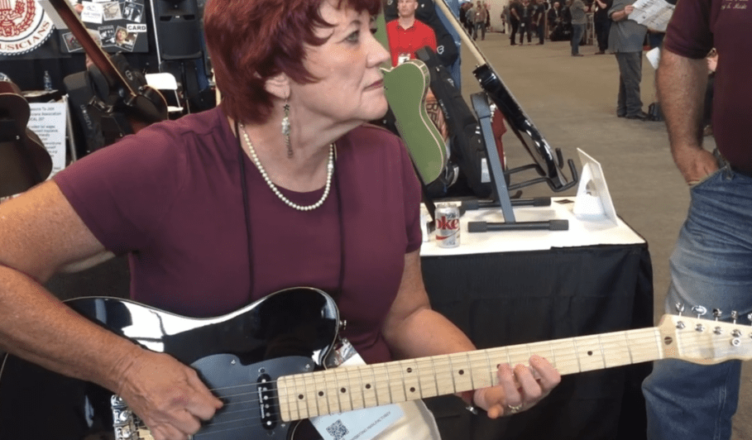 What kind of people do you expect to see in a guitar store or at a guitar event? Teenagers and young adults who are either starting to play a musical instrument, looking to extend their instrument collection or who are in a small garage band are among the most likely candidates.

However, many people overlook the fact that there is no age limit to what one might be interested in or skilled in. One event at a music expo that went viral demonstrated the latter when a woman who might pass for a gorgeous grandma grabbed up an electric guitar and stunned everyone by performing an excellent guitar riff! 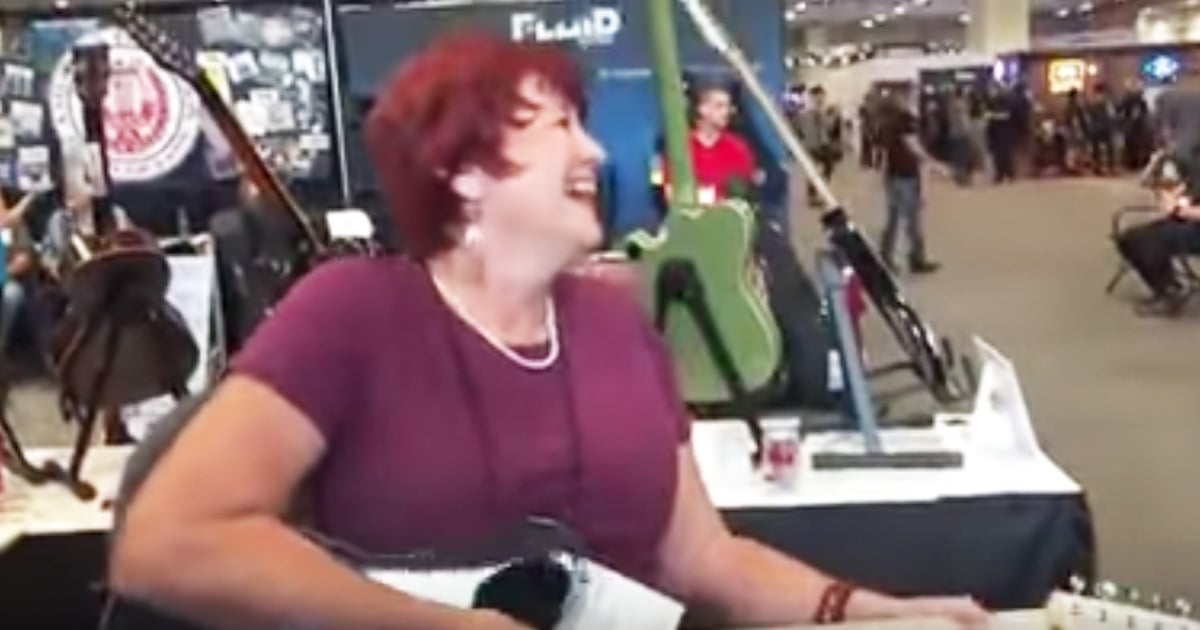 At the beginning of the video, I would only presume that the nice-looking woman with short hair, dangly earrings, and a dainty pearl necklace would be at a guitar expo with her children. This isn’t to say that people of her age or appearance cannot be into guitars themselves, it’s just a general assumption many of us would automatically make. But, then her strumming skills completely proved me wrong.

Shortly after beginning to play, the woman looks up and says, “It’s very nice, very nice,” in reference to the electric guitar she’s playing. Her comment tells me she has a lot of musical experience under her belt, especially with guitars (much more experience than I have ever had, which is close to nothing).

After Paula Jo Taylor’s incredible performance, people begin to cheer, which she definitely deserves. To be honest, I do wish she played for just a few moments more because she’s that good!

It turns out, the red-haired woman is the lead guitarist of a mother-daughter band, The Taylors Duo. Paula has the skill and I’m happy she’s putting it to use. 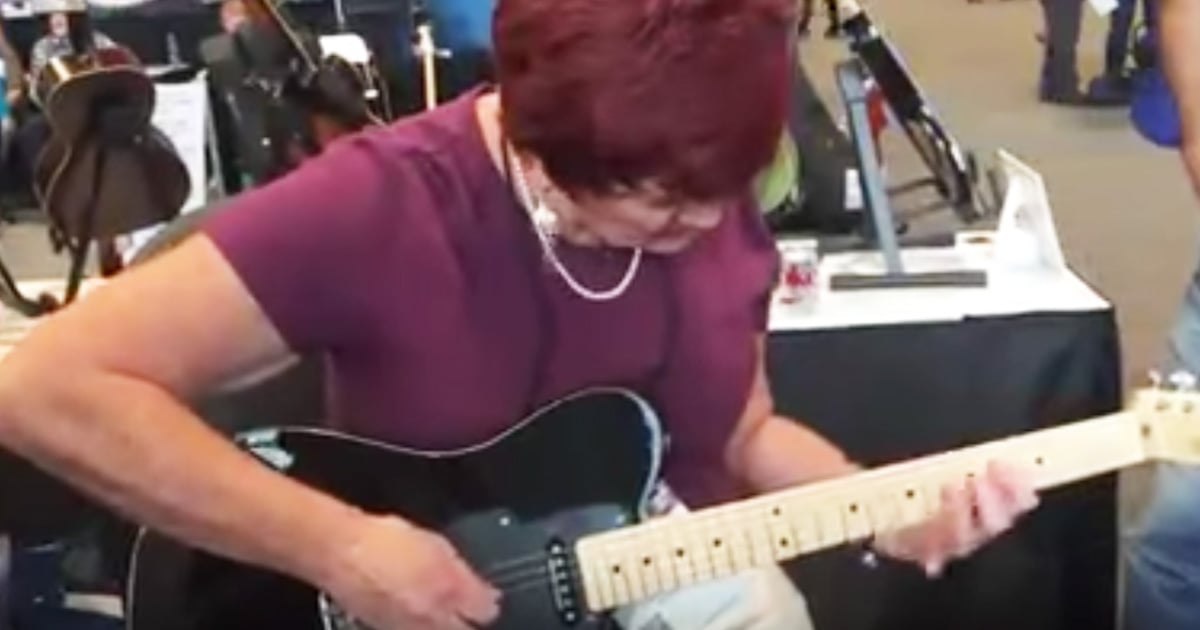 Overall, Paula’s performance was incredible to behold. She reminded me once more that if you judge a book by its cover, your assumptions are likely to be incorrect. Regardless, I admire people who are self-assured enough to display their passions and expertise despite the stereotypes that society has imposed on them.

In the video below, Paula shows off her electric guitar skills. I’m confident you’ll like it as much as I did. If you thought her musical talent was amazing, don’t forget to hit the ‘Share’ button once you’ve finished watching.