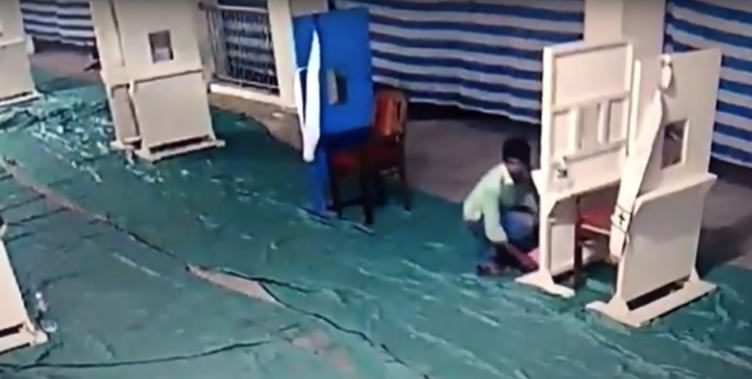 Internet users are startled by news of an Indian couple leave their 3-year-old infant in a church. The young Kerala couple drove to Kochi from their hometown with the purpose of leaving their two-day-old baby at a church in Edappally!

The father was captured on camera hugging his child farewell in a church. The video footage of this awful moment is really difficult to watch! The video clip, which was obtained from a surveillance camera inside the church, helped the investigation team nab down the couple. In addition, the clip became a huge Internet sensation.

The video footage shows the baby’s father, 32-year-old Bitto, planting one last kiss on the child’s forehead before leaving the infant in the church. Although the father walks away, then, he cannot help but glance back at his baby for the last time.

The couple has three sons aged 4, 6, and 8. They decided to abandon the fourth kid as they were concerned about the burden and social stigma attached to having ‘too many kids.’ Immediately after the incident, the baby was admitted to a private hospital. According to hospital sources, the baby was healthy. After the investigation, Bitto and Prabitha were charged with cruelty and child. It has been reported that the couple’s family and friends had mocked Pravitha for becoming pregnant with a fourth child.

It’s so overwhelmingly sad that stories like this one still happen. The couple could have become blessed parents of four happy kids, but instead, they deprived themselves of a possibility to raise at least one happy child.