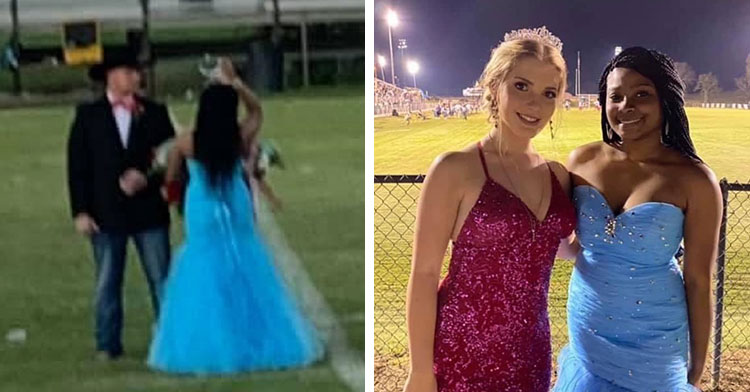 The community at Forrest County Agricultural High School in Brooklyn, Mississippi, recently suffered a tragic loss. A.J. Walters, a mother of two who worked as a secretary at the school, passed away after battling cancer. One of her final wishes was that her daughter, senior Brittany Walters, wouldn’t miss homecoming that same night.

A .J. didn’t know that her community had already been working toward this goal. They organized a Facebook group to assist her family, and together they raised more than $800 to buy Brittany a dress and have her hair and makeup done. 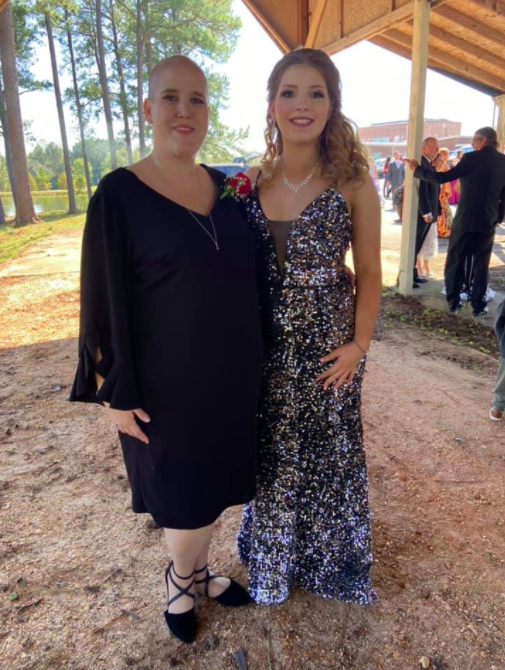 “She realized that she may not be able to make it out here,” said Sean Walters, Brittany’s dad and A.J.’s husband. “She made me promise her that I was going to come out here with Brittany because she didn’t want to ruin her day, her homecoming day. She said that’s something she’ll remember for the rest of her life.”

That morning, the amazing mother passed suddenly, but her family kept their word. Sean walked Brittany across the football field to where the rest of the homecoming court was waiting. That’s when something incredible occurred!
Nyla Covington, a senior, talked softly to the school’s administration. She was proclaimed homecoming queen moments later, but instead of celebrating her victory, she removed her crown and placed it on Brittany’s head. Brittany, as well as everyone else in the room, burst into tears right away! 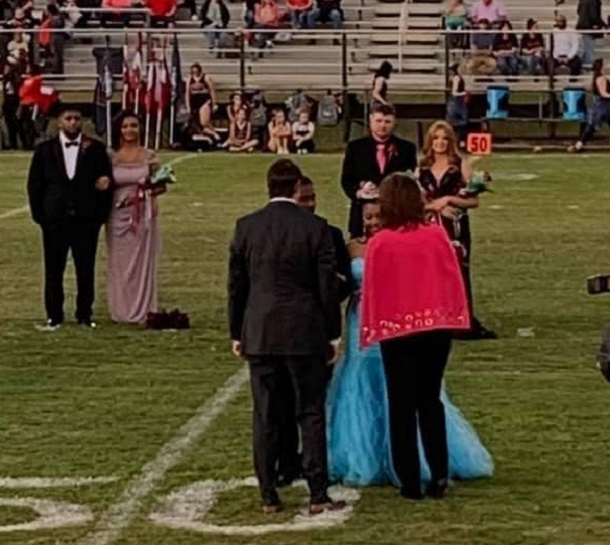 “All I could think about was my mother and how much she wanted to be here, and then Nyla came up behind me and hugged me,” Brittany remembered. “I didn’t think much of it until she started removing her crown,” she says. Nyla smiled as she added, “I told her it belonged to her, and then she was, like, backing away.” “I was like, ‘No, come here, get it, you’re your mother’s queen,'” she explained. That was something I wanted her to know. I hugged her after that.” While this act of kindness was unexpected, those who know Nyla say it is typical of her.

“She’s an outstanding student,” Assistant Principal Benton Holder said. “I’m not really surprised. It’s one of the most selfless things that I’ve ever seen in my life… There wasn’t a dry eye in the stadium.”Family friend Tyra Willamor-Idom believes A.J. was “working through Nyla” on the field that night.“A.J. was a beam of light, she loved people and always showed everyone love,” she explained. “Nyla just listened to her heart and gave selflessly… there was some definite work from a higher being, God meticulously planned all this out weeks ago and made that night just perfect.” 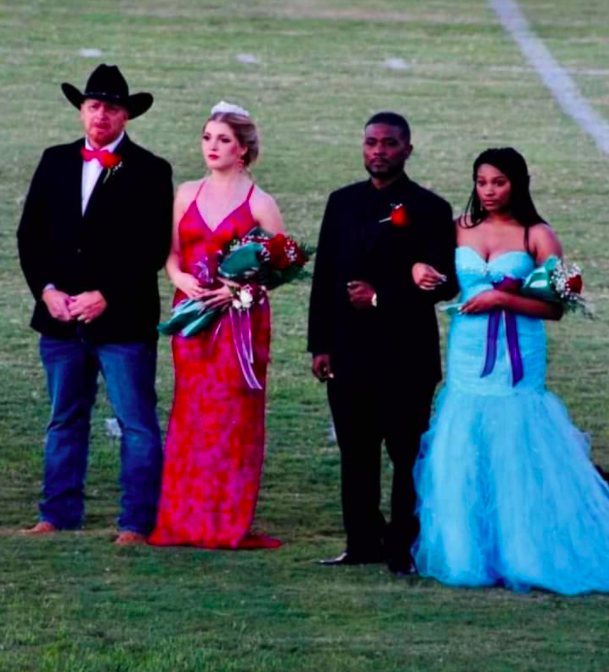 Brittany agreed: “My mom would have done the same thing if she was in Nyla’s shoes, and I just felt my mom’s presence there. I can see my mom through Nyla. They have the same exact caring, giving spirit and it’s really fulfilling.”