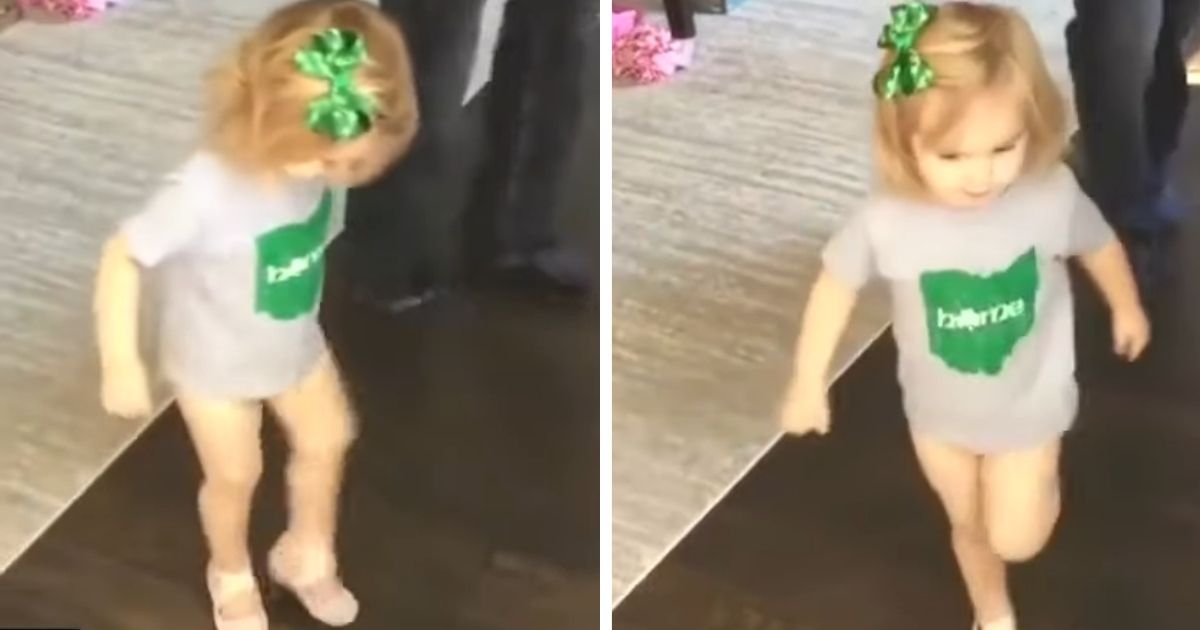 It is not just the sensational or controversial issues that end up being viral on Social media. This 2-year-old girl has also gone viral on Facebook after showing her cute stomps and skips for Irish dance.

“Irish dance or Irish dancing is traditional Gaelic or Celtic dance forms that originated in Ireland. It can be performed as a solo or in groups of up to twenty or more trained dancers,” as defined by www.danceus.org. This adorable young girl opted to dance in pairs instead.

She began by lightly stomping and clapping. She then added some skips to her dance, as if she were tap dancing. She was meticulously imitating the adult beside her in her steps. Millions of people have been melted by these attempts to dance the “Irish style.” On Facebook, the short film has already been viewed by 25 million people. Thousands more can be found on YouTube!

Clearly, the mother who was filming the video was overjoyed with the child’s improvement. While recording the priceless moment, she was providing her instructions. The guy next to her was all smiles the entire time, clearly enjoying dancing with “the youngest and cutest Irish dancer.”

It’s a breath of fresh air to watch videos like this from time to time. It is okay to enjoy and savor life’s beauty, humor, and goodness as much as we can. There is always something we can be thankful for every day.

“I really try to enjoy life and have joy with what I do.”- Tim Tebow