Woman Discovers Husband Of Ten Years Is Cheating After Reading 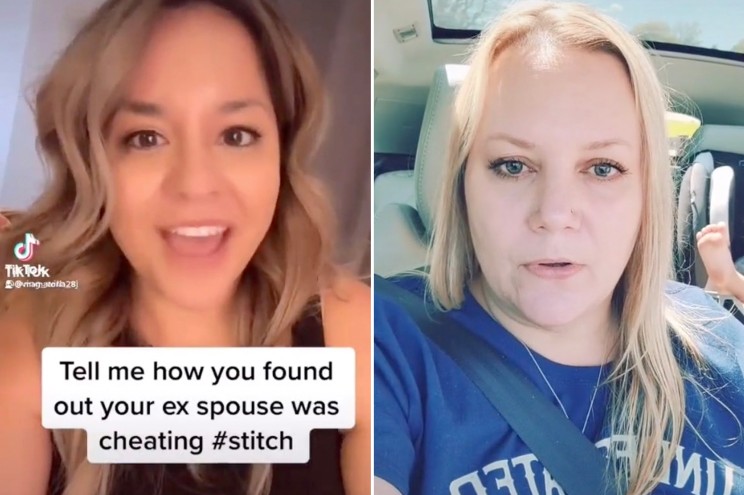 A US woman has revealed her own way she found out her husband actually had a second family. Ami Addison from America used her TikTok account to share how she discovered through a simple newspaper advertisement that her partner of ten years was cheating on her.

“Tell me how you discovered out your ex-spouse was cheating on you,” the nurse said in response to the question. Addison recounted the contentious scenario she found herself in a TikTok video, and she didn’t hold back!

About a week before their tenth wedding anniversary, the incident occurred. She began reading a newspaper at her office at that point. Addison remarked. “Birth announcements were published in the newspaper at the time,” says the author.

“I see my husband’s name and some other female’s name — I know it was his name because it’s an unusual name. “So, I looked at the hospital website where they also post pictures of new babies, typed in his name and her first name – sure enough, they had a baby boy, a few days prior.

She continued: “But not only that, they had a baby girl about a year and a half before that. “So yeah, that’s how I found out I was being cheated on.” Moving out. The woman explained how she later left the man and moved into a hotel with her kids in the days that followed.

Addison has three children. They were not biologically his, yet he had helped raise the kids over the years they were together. She also picked up his clothes in rubbish bags before dumping them on his car that was parked outside the other woman’s house.

“Mind you it was pouring down raining,” Addison said. Looking back. The mum-of-three posted several other videos that followed up on people’s questions about the relationship breakdown. She said “In hindsight, I totally saw hundreds of red flags I guess I just overlooked them at the time,”

These included working odd hours, unexplained overtime, wage discrepancies, going out of town to eat out, and a football conference without cell service. In addition, she alleged the woman knew he was married and was 100 percent okay with that.