Why This Homeless Man Leaves A Handwritten Note And A $1 Bill At Damaged Oregon Historical Society? 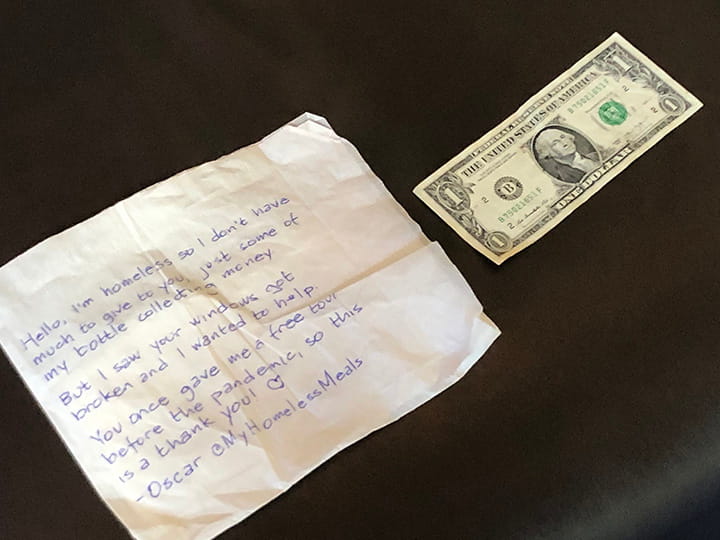 Tymchuk said someone dropped off a napkin at the front desk of OHS with a handwritten note and a one-dollar bill: “Hello, I’m homeless, so I don’t have much to give you. Just some of my bottle collecting money. But, I saw your windows got broken and I wanted to help. You once gave me a free tour before the pandemic. So, this is a thank you.”

Tymchuk said that the OHS has been getting a lot of donations in the aftermath of the damage, but Oscar’s gesture was priceless. “We’ve been fortunate to receive many generous donations to OHS over the years–some upwards of a million or more dollars,” he said. “No donation means more to me and to the society than this dollar donation from Oscar.” 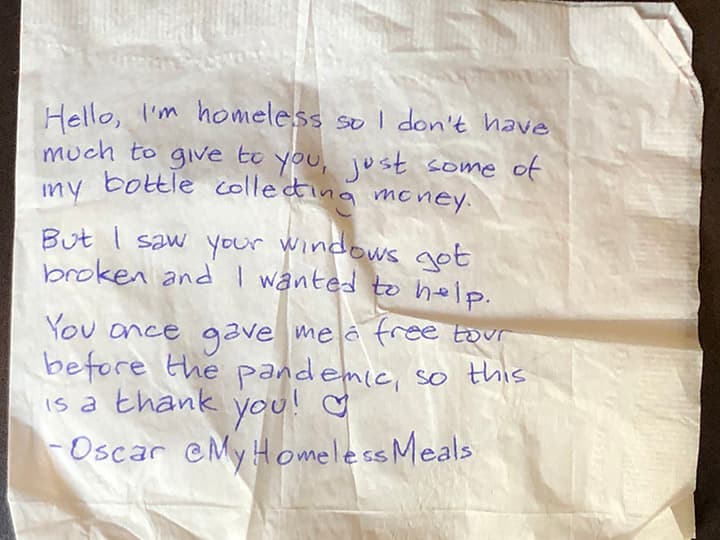 On social media, the organizers of Sunday’s disturbance billed it as a “Indigenous Peoples Day of Rage,” a protest against centuries of brutality against indigenous peoples. Several sculptures were toppled and destroyed, and protestors broke windows at OHS and threw flares into the air.

Though the majority of the antiquities and other historical heirloom pieces were not harmed, an African-American heritage bicentennial quilt was removed and later discovered several blocks away, according to Tymchuk. The quilt was “quite moist,” according to Tymchuk, but he was hopeful that it might be presented again, calling it a “priceless piece of history.”” 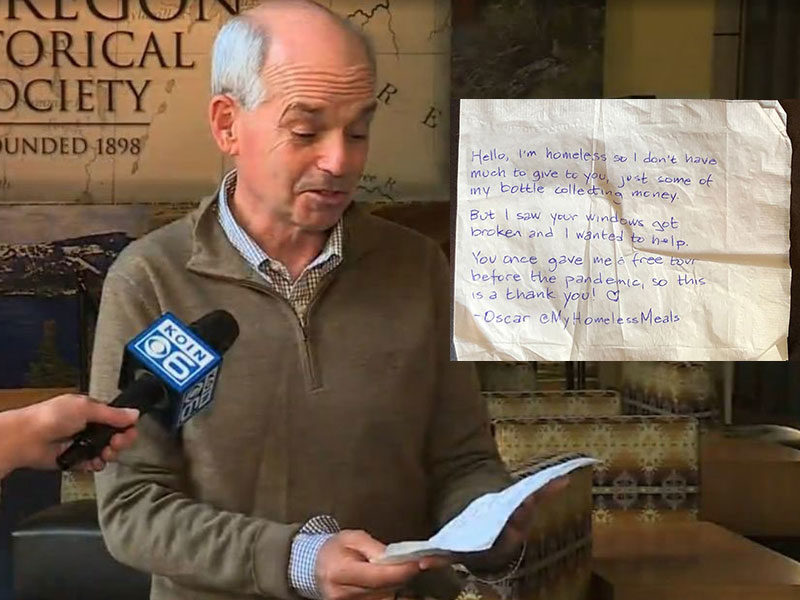 Apart from Oregon Historical Society, the Heroes American Cafe on Park Avenue was also damaged Sunday night. “I think downtown is the worst I’ve ever seen it,” said cafe owner John Jackson. “There’s no reason to damage property to get your point across. Matter of fact, I think it’s counter to get your point across.” Three people were arrested following Sunday night’s riot.

The homeless man’s donation may not look like a lot but it might have been his last means of self-support which speaks volumes about his sacrificial heart of giving.