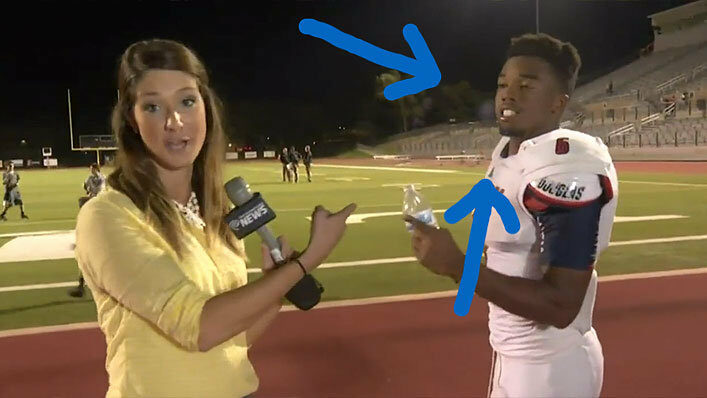 Ready for some motivation? Enter Apollos Hester. Back in the fall of 2014, this Georgetown, Texas high school football player was asked a simple question by news reporter, Lauren Mickler, after his East View High School football team won their game 42-41, and he gave the motivational speech of a lifetime!

The Patriots wide receiver’s interview went viral for that reason. Watch it here: With more than 11 million views on YouTube, Apollos Hester encouraged listeners that it’s okay to start slow, and he encouraged others to have a fighting attitude, a belief that you can win, and to work hard all the way to the end.

He pointed out that his team was in it for one another, as well as themselves. He reminded people not to be discouraged by the scoreboard, even when down, but to ride on all the hard work you’ve put in so far. Apollos Hester also said that he continues to give God the glory, whatever the results. 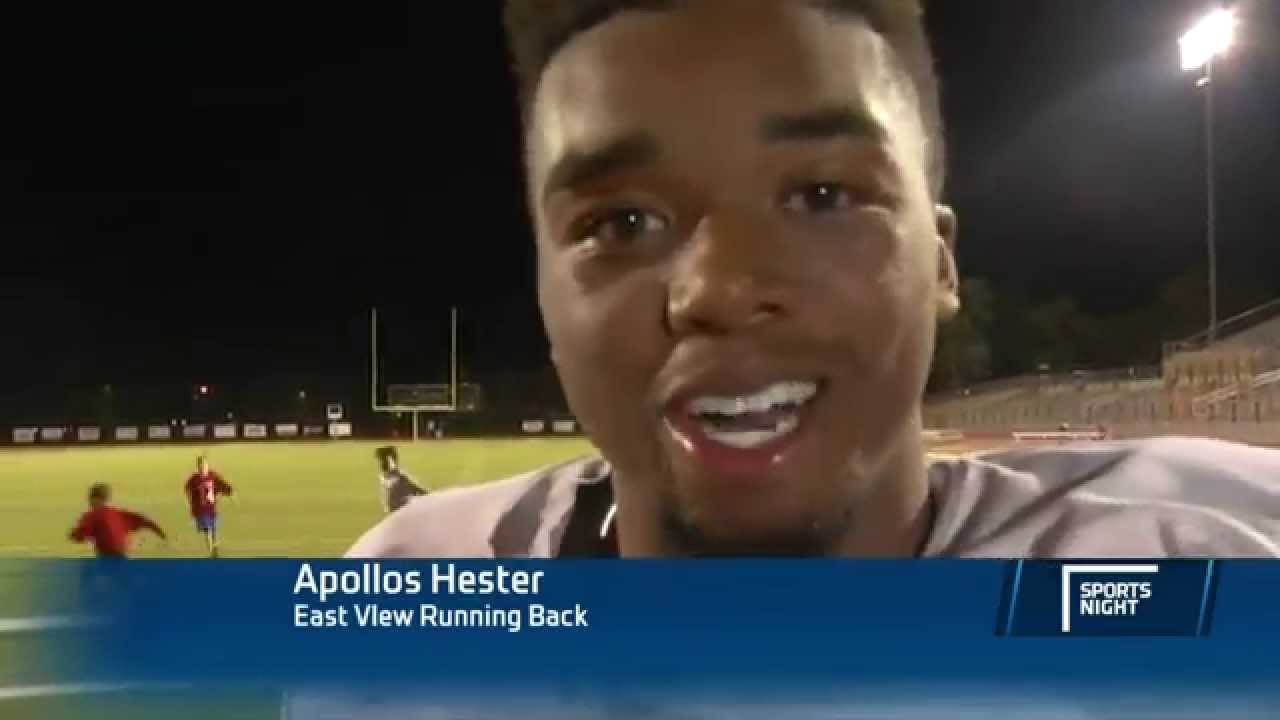 At one point Apollos Hester turned to the camera and said, “You can do anything you put your mind to. Never give up on your dreams. Keep smiling, no matter what you’re going through.”

That same motivational tone was even displayed in Apollos Hester in his interview by ESPN’s Recruiting Nation, after the video blew up. Apollos Hester repeated the importance of remaining humble and relying on his team and coach to process the attention he was receiving. When asked about whether he hoped be recruited, he pointed out how his mother taught him to be a “student first” and how important that is, 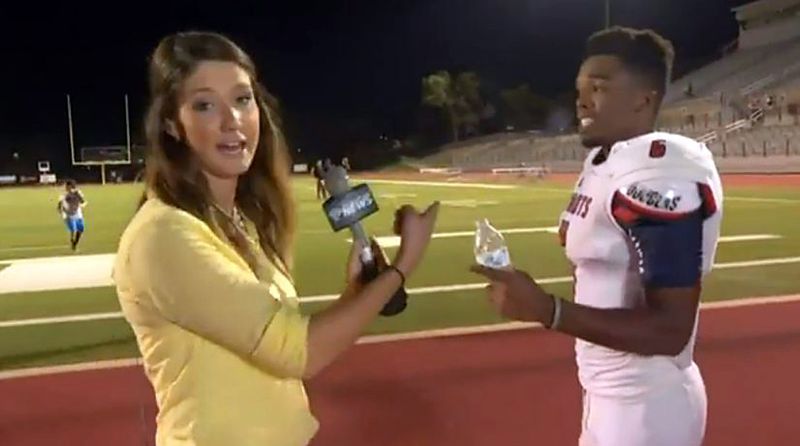 and then he begins to rev up again when he discusses “goin’ all out” on the field. Apollos Hester expressed that his plan is to continue to encourage others, to be a positive influence, and smile. And that shows through in his attitude in the interview. The interview asked Apollos Hester what he might say to the Heisman winner,

Jameis Winston, who had been suspended earlier in the year, was back on the field. Apollos Hester said he would remind Winston that he has the option of finding a positive in that unpleasant occurrence and doing something good with it, which is true to character. When asked where he gets his cheerful outlook, he credits both of his parents, describing how much his mother always comforted, supported, and reassured him that everything would be fine. Here’s a link to that interview:

Google Apollos Hester and you’d find today that he had become a motivational speaker in the Austin, Texas metropolitan area, shortly after these events took place, according to his LinkedIn profile. Apollos Hester also has a Twitter account in which he has posted many encouraging and motivational messages over the years. 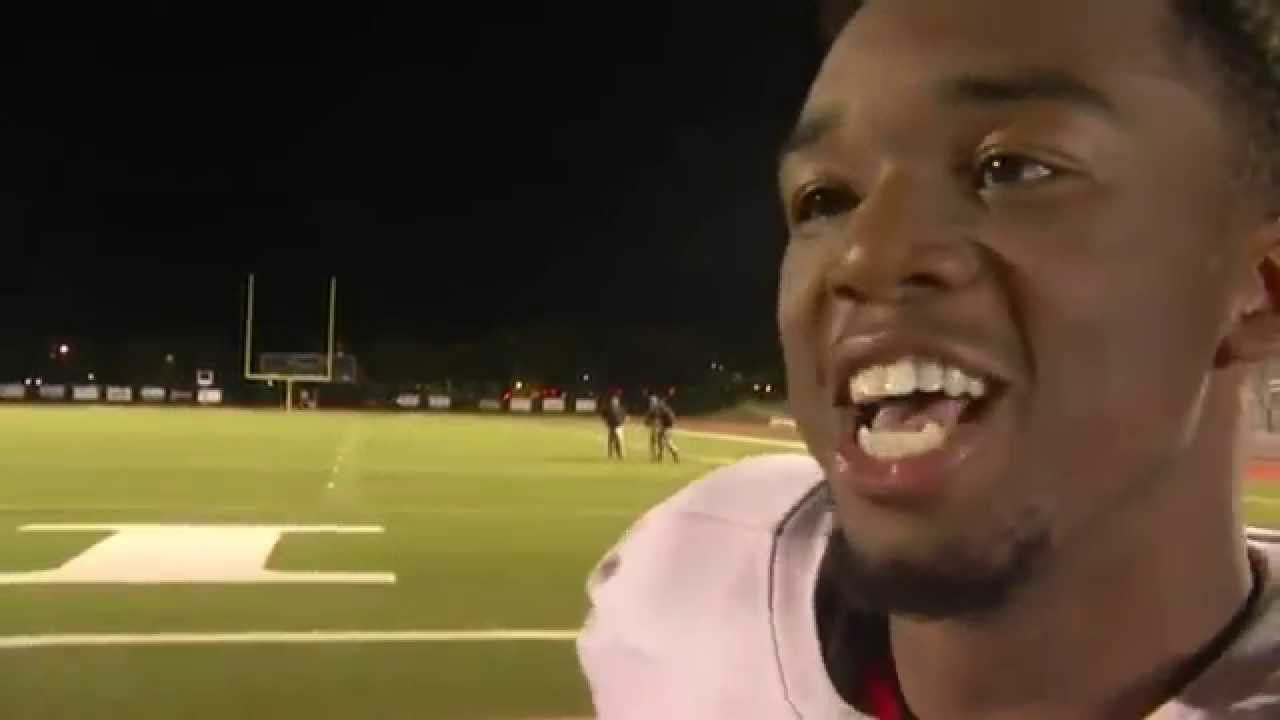 For example, on August 12 of 2020, he posted, “May any negative energy trying to bring you down come to an end. The dark thoughts, the overthinking, and the doubt exit your mind. The clarity replace the confusion. The hope replace the fear. The blessings fill your life. This is your year, your happiness comes first.”

In a twitter video, Apollos Hester posted, he displays his continued motivational abilities. He reminds viewers that there’s so much to be appreciative for. Watch it here: In December of 2019, Apollos Hester posted on Twitter, “What’s meant for you will happen for you in a way which you could never expect or explain. Nothing can get in the way of it and how it will enter your life.