As soon as they met they felt an emotional bond! Who They Are? 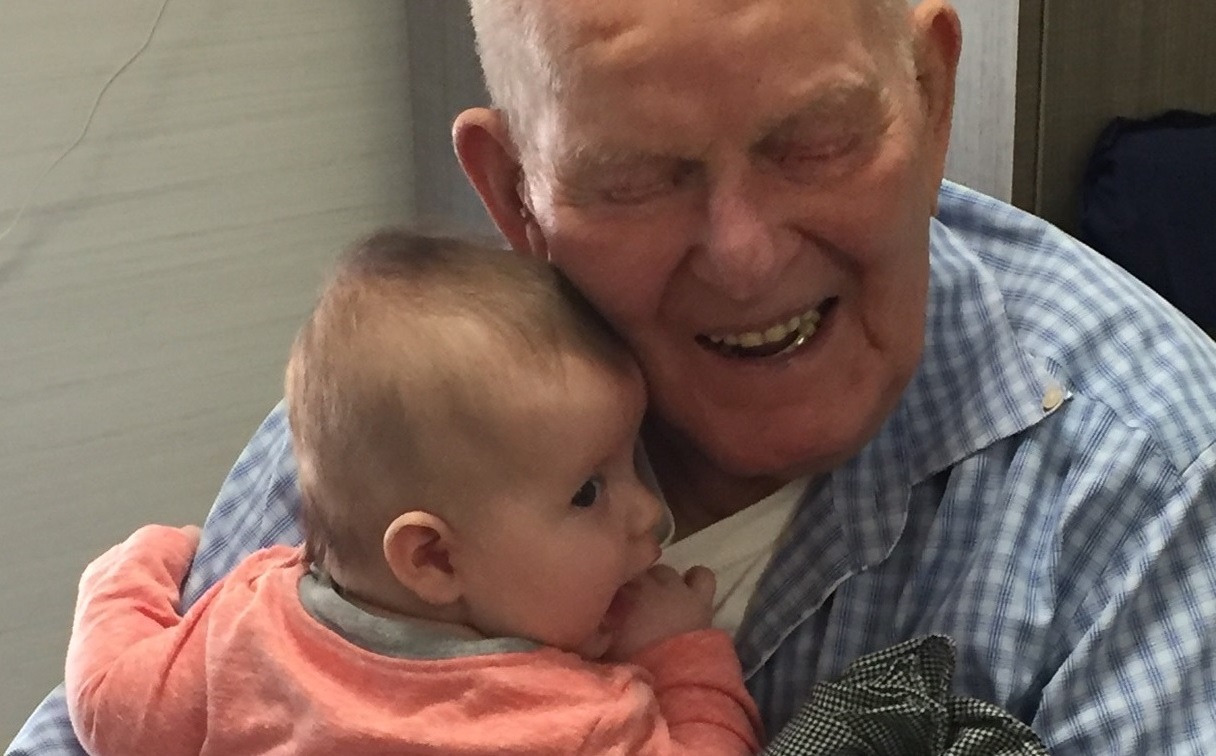 He is my great-grandfather, and he is the man after whom I named my son. While most people’s great-grandfathers are faded childhood recollections, I’ve had the privilege of having him in my life for the past 30 years! 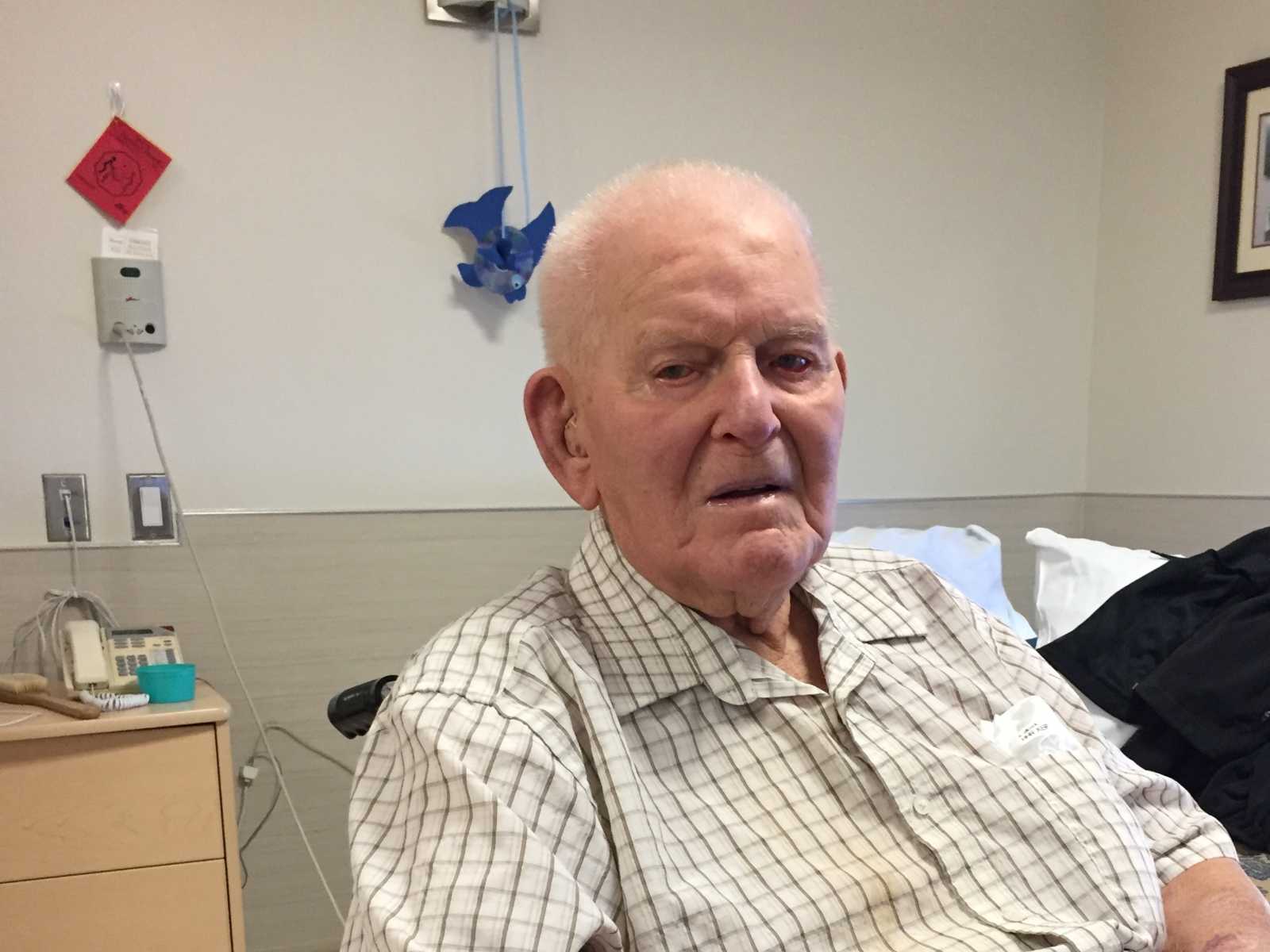 One of the stories he used to tell me was about a time when I was the same age as my son. I’d make him hold my hands and parade me around the room while I was learning to walk. I only had to crawl up to him and say, “Walk Walk,” and we’d be on our way. He would remember me as I grew older and refer to me as his “little buddy.”

When I found out I was pregnant with my first son, he got on the phone and called all his children to let them know that I was increasing the population. When I got pregnant with my second, he mentioned to my grandmother that he was responsible for 71 descendants and no one had named their son after him. My husband and I had wanted to name our new son after family, and that just sealed the deal. On January 11, 2017, my Esmond was born, nearly 107 years after his great-great-grandfather. I loaded up the infant and drove to the next province to meet my great-namesake grandfather’s once the snow had thawed.

He had no idea who I was when we arrived. He was familiar with my grandparents (his daughter and son-in-law), but not with me. I explained who I was, but he was already smitten with Esmond at that point. 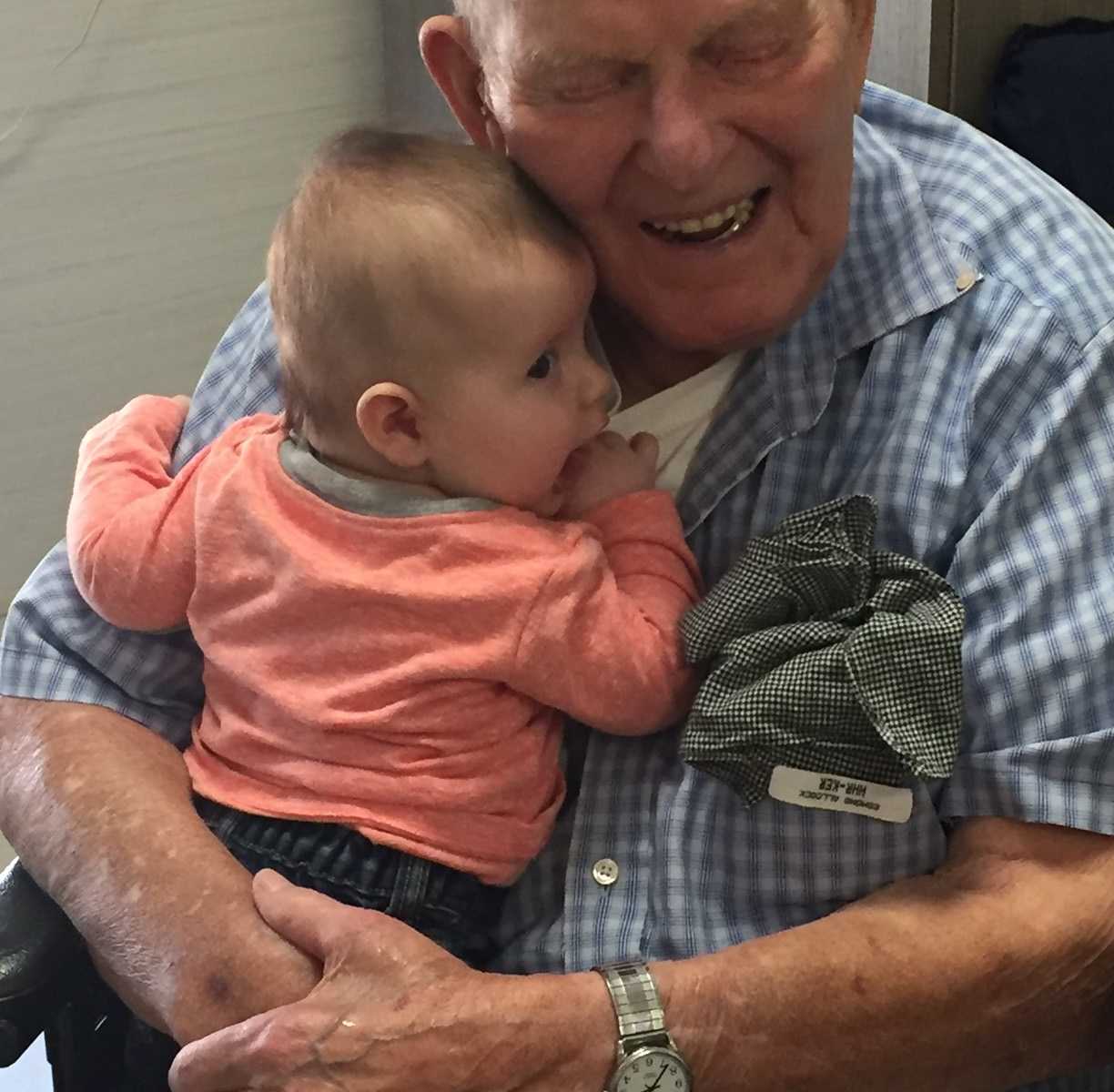 I am blessed. It’s been a few months since we’ve seen my great-grandfather, but he asks my grandma about his namesake all the time. She sends him photos and gives him updates. Once the snow melts, we’ll be on our way to visit him again. It will be great-great grandpa Esmond, little Ez, and the ‘Walk Walk’ girl.”