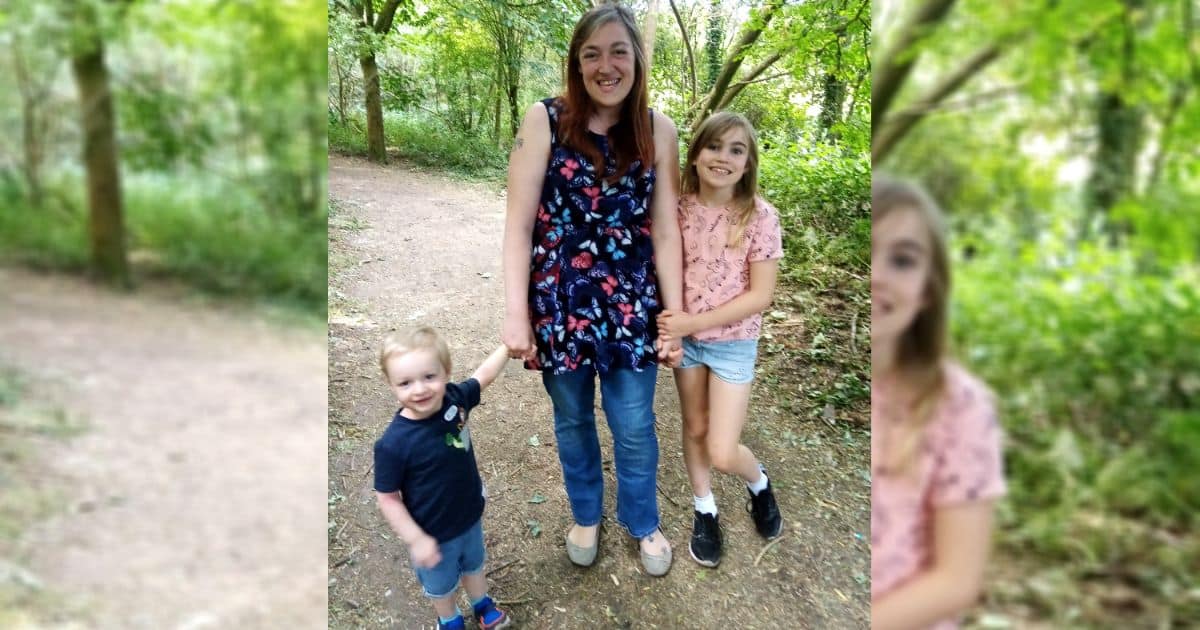 This 3-year-old was one of the youngest heroes who saved a life. Thanks to a cartoon show that teaches kids what to do in emergencies, his mom’s life were saved. Several days ago, Thomas Boffey from Rowley Regis, West Mids, England, saved his mom, Kayleigh Boffey. Indeed great things come in small packages.

This toddler displayed quick-wittedness and composure as he attended to his mommy’s medical emergency. Children his age could be scared to see their moms injured and in pain, but brave little Thomas ensured that his mom got the help she needed at the right time. A couple of hours after lunchtime, Kayleigh bathed his son. She went up to get his clothes after he had a bathroom accident. Unfortunately, on the way down, this young boy’s mom experienced excruciating pain from her hernia and enlarged spleen. She fell down the stairs and was almost unconscious.

The little boy instantly knew what to do. He grabbed the phone and called 999 for help. He must have been extra observant, for he knew where his mom’s phone was. “He climbed up onto my window sill in the living room to get my phone, and he managed to phone the operator,” Kayleigh narrated. “They couldn’t understand what he was on about but directed him to the police.”

The emergency responders arrived but, the door was closed. This little boy gathered his strength, pushed a heavy chair to the gate, climbed over, got the keys off the pushchair, put the right key in the hole, and opened it. This thankful mom narrated how the young boy was able to let the responders get in. It turned out that he had been watching his mom closely when she opened the door. He copied what he saw and managed to save her. “I think he knew how to do it by copying me. I always tell him, ‘This is the key to open the door,’” Kayleigh said. The police said, ‘Can you open the door, little man?’ He opened it and told them that, ‘Mommy won’t wake up.’

This young man’s wit, attentiveness, and observant behavior allowed him to not only replicate her mother’s opening of the door, but also to recall what “Robocar POLI” performed in an emergency. It’s a South Korean animated series about the Robocar Rescue Team, a super-transforming vehicle that protects neighbors and friends from peril. Kids learn safety guidelines as a result of their rescue efforts.

The officers took Thomas outside and let him push buttons on their police car. They even let him turn on its lights while his mom’s being checked. The responders have been extra nice to the boy, and Kayleigh appreciated that a lot. “The boy was clearly confused and worried…but he’d done brilliantly at such a young age to know that if you dial 999, we are here to help,” Andy Beard, Head of Force Contact, said.

Kayleigh had injuries on her shoulder, hip, knee, and ankle because of the fall. But, she remained proud of what his son did. Boffey encourages parents to educate their kids in times of emergencies. “It’s important to show them stuff like that so they can understand what numbers and call for help,” she explained. “If mom or dad in the family gets hurt and they’re on their own, they know how to stay safe and get help somehow. He was so young, but he understood what to do.”

Morgane, the operator, was also praised for directing Thomas and ensuring that he remained calm throughout. “Up until the time officers and the ambulance arrived to take over, Morgane developed up a connection with the youngster, remained cool, and offered him reassurance.” “Our call takers are highly trained to deal with emergency situations like these, including how to advise individuals on how to be safe and administer first assistance,” Beard proudly stated!

This story could have ended tragically, but “Tommy” became an instant hero when he’s needed the most. Ultimately, it’s God who has been watching over this mom and baby. It’s He who made sure that everything fell into their proper places to give Kayleigh the help she needed. Praying is like calling 999, but it’s not just our emergency hotline. It’s also our way of talking to a Father who delights in listening to our pains, victories, and even mundane things. He neither slumbers nor sleeps. He has all the time to listen to everyone.