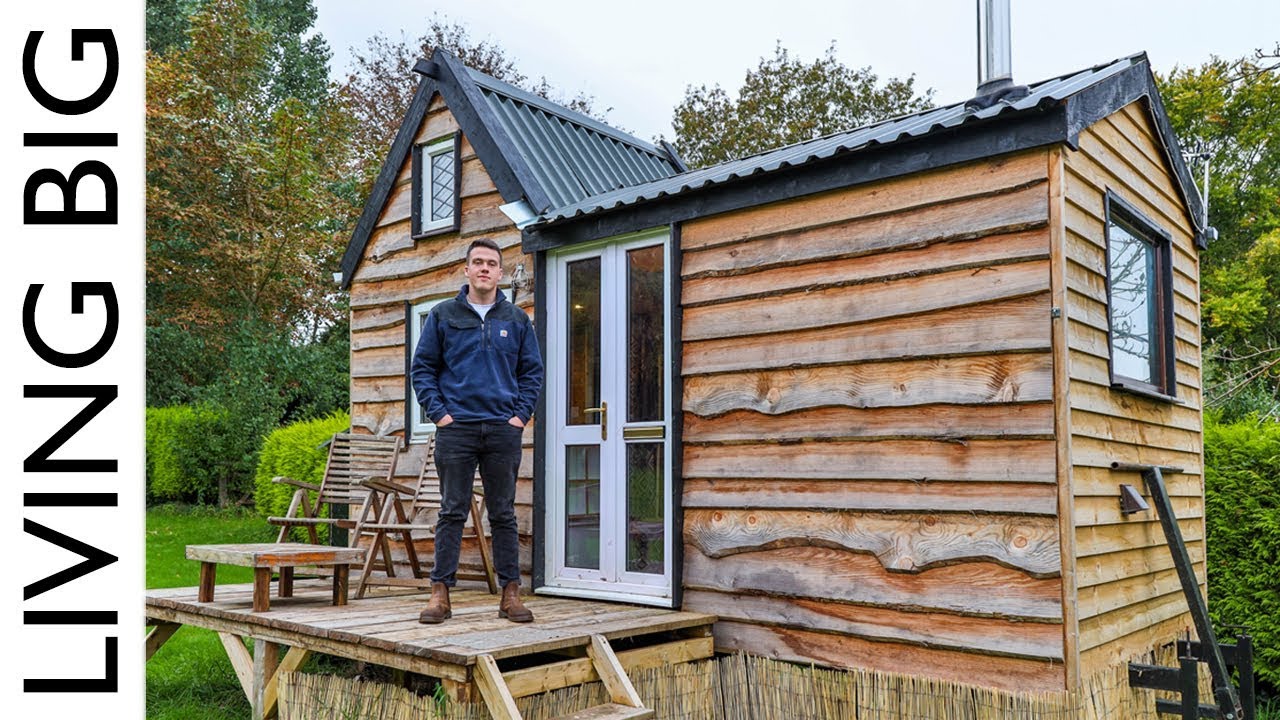 Most people would probably have finished building their dream home when they’re at least 30 years old. The exhilarating feeling of building the home of your dreams with your bare hands is incomparable. Imagine envisioning a plan, pouring your blood, sweat, and tears, and finally seeing it to fruition!

That’s what Tom did. With the help of his craftsmanship, resourcefulness, and resilience, he was able to turn his dream into a reality. And guess what, he’s only 17 years old when he started!

“My idea on building the hut was to keep it all simple and just live that simple life stress-free, to be honest. Well, I own everything I’ve got, and I’ve paid it all off—it’s all mine.” Now that Tom is 20 years old, he’s relieved he doesn’t have to spend his hard-earned money on rent. “It’s just a simple life and all you’ve got once you’ve built it, it’s just yours…” Tom said.

Tom lives on his grandfather’s vast property. With a window atop the sidings, you can still see how he kept the typical English and rustic vibe. He purchased the trailer when he was 17 and began construction immediately while working and completing a carpentry apprenticeship, which he completed in late December.

On the front, Tom used larch wood that he got for a cheaper price from a nearby lumberyard. Fence panels make up the rear and front sidings. All of the windows are recycled and were purchased from a source that sells used materials.

He installed the deck recently after he went to a scaffolding company to buy planks along with other secondhand and scrap wood he got from work. When you enter Tom’s home, the first thing that will catch your attention is the beautiful reclaimed timber and a poster featuring picturesque lake scenery.

“That was my goal there along just use reclaimed timber for the build because it’s on a budget,” Tom said. Most of the wood Tom used in his home was ripped out from houses. He took those wood all by himself, sanded them up, and reused them again.

The living room has a tiny workspace where Tom uses the space for work and meals. You’ll see a standard couch and wall-mounted television. In the future, he wants to replace it with a versatile couch with built-in storage.

Tom also loves how his kitchen turned out. He built a fully functional countertop using recycled materials such as scaffold planks, which he spent hours sanding and finally applying varnish. The kitchen also has essential appliances such as the fridge, stove, and handy toaster.

The restroom is direct across from the counters. It has a little chemical toilet that flushes with electricity. The shower room’s walls are made of corrugated sheet iron. The copper pipes and taps harken back to a simple and rustic farmhouse-style bathroom.

You’ll find an overhead ladder connected to the loft when you return to the living room. Tom’s little yet cozy bedroom with a double mattress may be reached by lowering the ladder.

Tom started building his dream house when he was 17 years old, with a total of $8,200. He was paid $5.50 per hour. Despite his small income, he was able to put most of his earnings aside, which he used to build his home using recycled materials for a cheaper cost.

Imagine what his house would look like once he finishes all the upgrades he has in mind! Watch the video below for a full tour of Tom’s house: