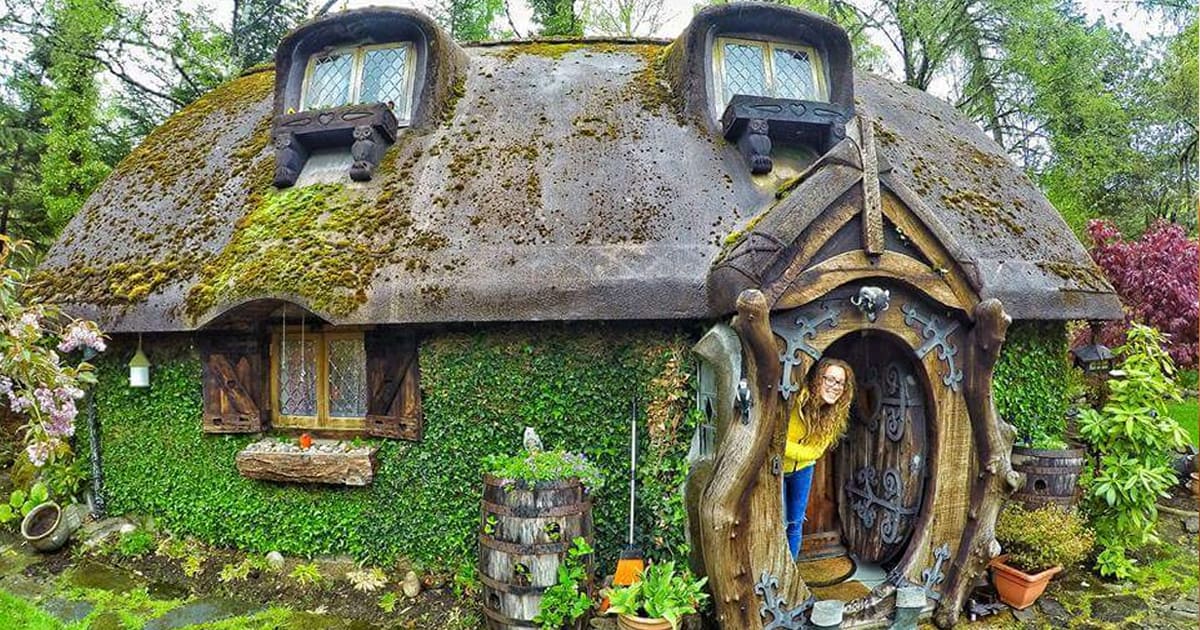 When Stuart Grant built his dream home, he never thought it would resemble a fictional abode that many would recognize. And I think anyone who is a fan of the “Lord of the Rings” franchise would surely love to visit – and even live – in his whimsical home near Tomich, Scotland.

“The Hobbit House” first made its way into the internet after Grant’s nephew, Redditor KahlumG, shared photos of his uncle’s magical abode that resembled Bilbo Baggins’ (hero of author J.R.R. Tolkien’s The Hobbit) on-screen home. The outside already looks impressive, but the inside has a lot more surprises in store!

Amazingly, Grant had never seen any of the iconic films when he started building it. “I had not seen the Lord of the Rings or the Hobbit films before I started my project,” he explained. “Those came later. But I’m not aware of them knowing about my house either. It’s all coincidental.”

In fact, he started building the home in 1984. Grant had been living in Australia for some time but moved back to Scotland after a divorce. He was also broke at the time, which made those days even harder.

“I was living rough. I had a 100-watt bulb, two wooden stools, a camp bed and a gas ring,” he recalled. Grant had planned to live in a cottage close to the Hobbit House’s current location. Instead, he opted to move into its shed, which used to house various animals such as a cow, pig, calf, donkey, and a few chickens.

“It was full of other people’s junk, tools, cement mixers and such like. But it had four walls and a better view than the house so I put a new roof on it,” he described the place.

Despite the chaos, Grant was able to transform it into a fantastic home unlike no other. The roof is now coated with vibrant moss, and the walls beneath it are covered in ivy. A pair of gnarled and twisted tree branches flank the home’s front door.

Inside, you’ll find colorful crocheted quilts, fine china, mullioned windows, and tables made from tree trunks. The Hobbit House looks like it was taken straight out of a fairytale!

Grant made efficient use of the home’s limited area. There’s a washing machine in the bathroom, as well as a wood-encased nook adjacent to the toilet. It has a lovely design thanks to its seat, which is built from a rough-hewn chunk of a tree trunk.

Grant’s nephew claims that his uncle enjoys entertaining guests in the Hobbit House. That’s fantastic news for everybody who wishes to visit this magnificent location in person!

Grant considers himself “the luckiest guy alive” for being able to live in such a setting. “I live in a beautiful region of the globe, in a house that looks like the house I’ve always wanted, and I make do.” The fact that my door looks exactly like the Hobbit doors in the movies is… odd, isn’t it?” More photographs of the Hobbit House can be found in the gallery below.