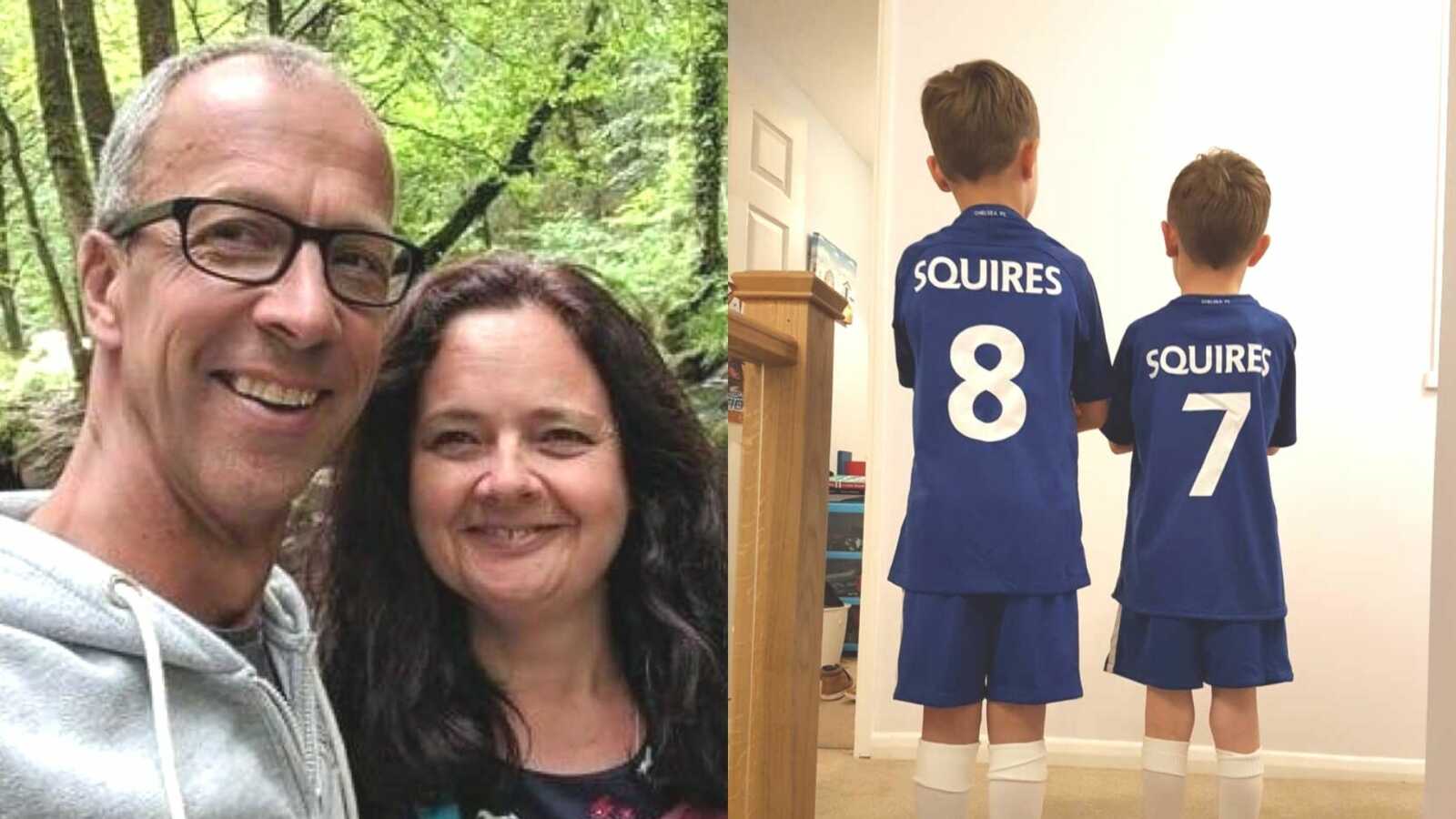 “Life certainly brings some surprises, but none more so than Tim (my husband) and I adopt. We already had 5 birth children when we started our journey as foster carers and little did we know that two brothers we fostered would eventually be ours on November 6, 2017!

I laugh when I refer to us as empty nesters before we started fostering. We still had four of our own children at home, and plenty to do with running our own chain of day nurseries. I guess it was that feeling that there was more we could do, more we could offer. Our desire to foster had been strong for over at least 10 years when we finally took the leap of faith. Originally, we agreed to have just one long-term foster placement, but that was turned upside down when we took an emergency foster placement call! 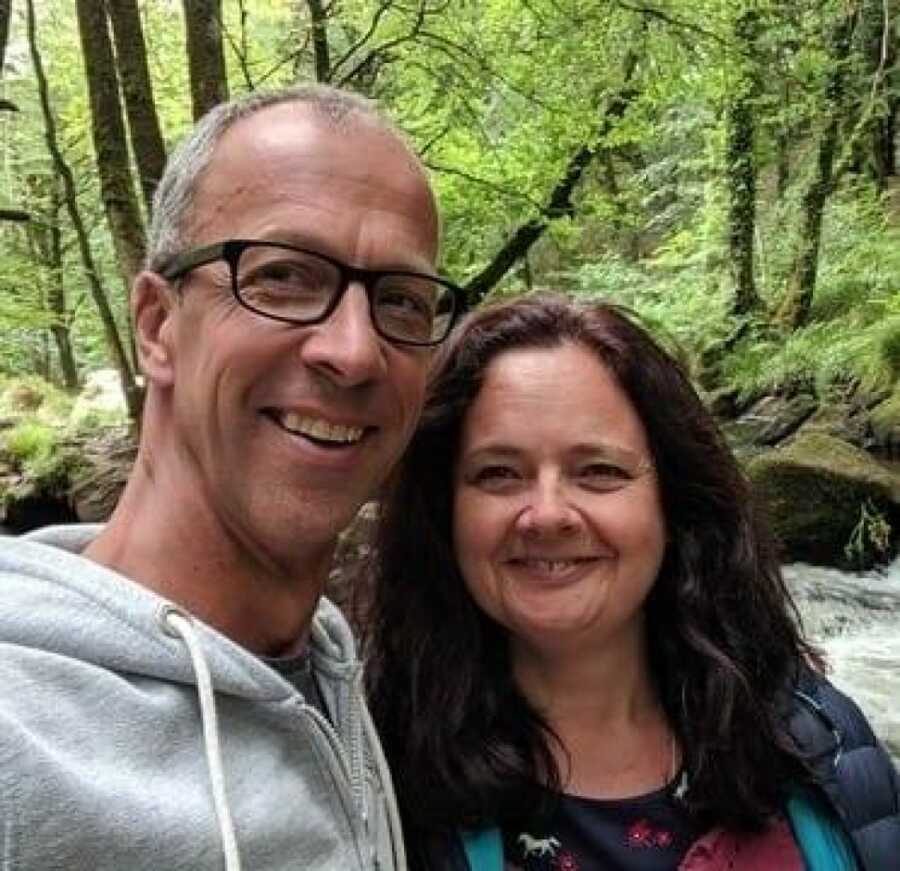 Even though we were meant to keep to the one child we already had due to her complexity, the social worker pleaded with me to adopt the boys. The social worker emphasized that the brothers would only remain there for ten days before moving on. They would separate the brothers who had already been separated from their sisters if we didn’t agree. I couldn’t say no, to tell you the truth. My heart ached for them, and we braced ourselves for their arrival.

I can remember the day the boys arrived as if it were only yesterday, yet it was 10 years ago. Our front gate swung open, and we saw a peculiar scene. Two young male social workers, both with what looked like babies in their arms. We had been told the boys were nearly 2 and 3, so we were almost wondering if these were the right children. The social workers cautiously brought them into the house for us, still carrying them in arms. I felt myself gasp a little as I saw their tiny, frail little bodies. ‘Surely, they’re babies’ was all I could think. 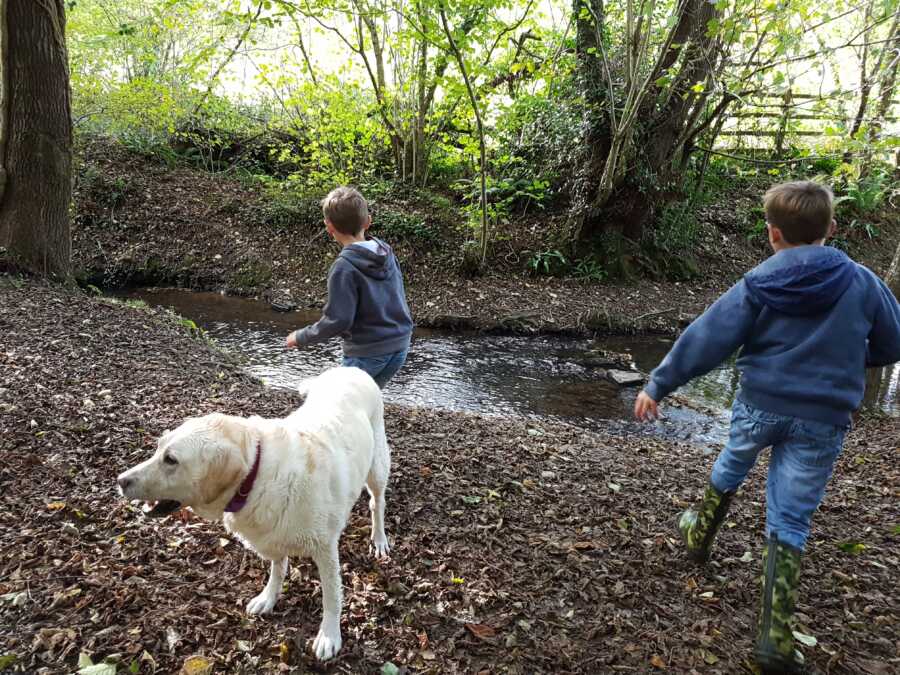 They’d just returned from a hospital examination, which had been a distressing experience for them. For the duration of the men’s recounting of the sorry tale, the lads remained silent. Long hospital waits, a lot of crying, and not much food followed the police’s removal from a violent and utterly unpleasant sight. Both men’s expressions were harrowed, and a watchful glimmer in their eyes warned us not to question too much. They looked concerned about euthanizing the boys, but as foster parents, we were well aware of our responsibilities.

Our training was exactly for this moment. Reassuring the men that we would be fine and able to settle the children in, they left slowly, with their heads bowed in sorrow. I tried to sit the oldest boy on my lap, having seen him happily be close to the male social worker, but there was obvious distress when I tried to do this. The younger boy seemed to come to life and became oddly vibrant but in a pent-up, anxious kind of way. My default is always to offer drink and food, and I figured that perhaps this would ease the boys in. I prepared cheese, crackers, fruit, and sweet plain biscuits. We asked what they would like, whether they were hungry or thirsty, and they never said a single word. 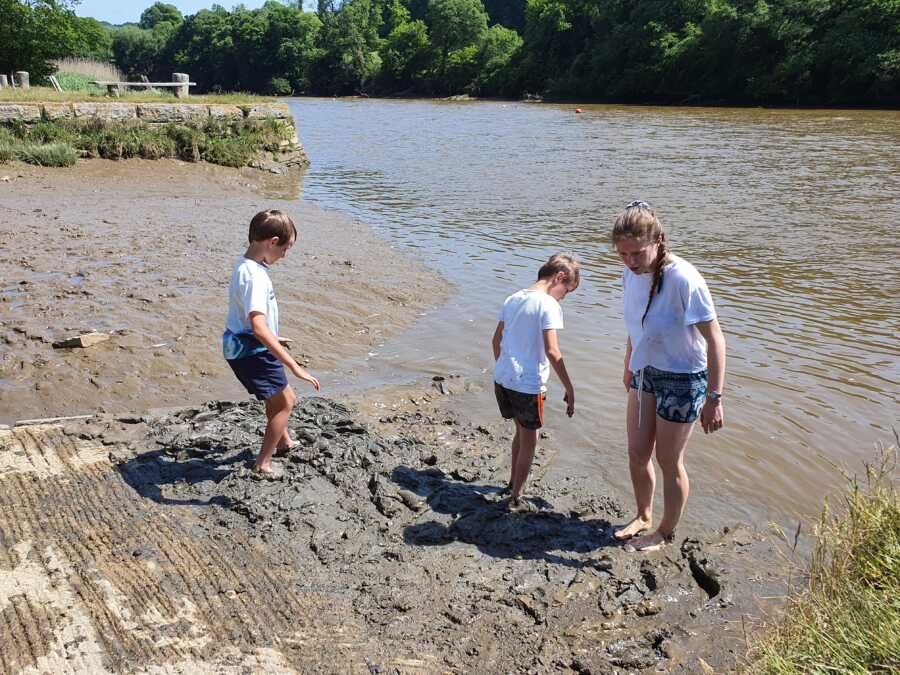 The food seemed to be viewed as an alien thing, and there was no move to try anything, not even a drink. Yet these children looked like they hadn’t eaten for weeks. Hair was thin, skin pale and sallow. The eldest child’s teeth were completely black. We noted their bumps, bruises, and rashes, faded and ill-fitted clothing. My husband eventually helped by bringing out the train set. This did at least get a smile from them both, and we had found our way in. The saddest thing is they both wanted to go to bed that day with their shoes on. This became a common trait for them to take their possessions everywhere with them.

Over the weeks and months that lay ahead, we built a strong attachment to the boys. They had significant developmental difficulties, including having to learn to speak. They were restless, anxious children, and every experience we gave them seemed to be the very first. Birthdays, Christmas, beaches, and open spaces were all received by them with complete wonderment. As foster carers, it was our job to get them ready for adoption. We did our best to help them with independence, but we voiced our fears that they would never be resilient enough to move from our home. 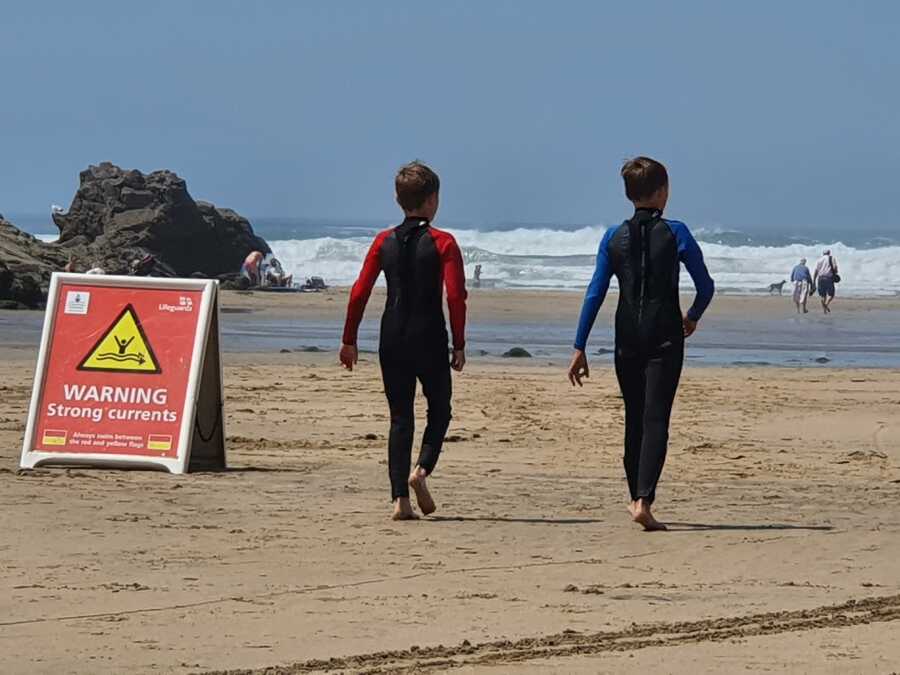 A couple of years later, adopters were found for them, and we embraced the opportunity, trying to take a positive stance. The experienced adopters were loving. We felt they seemed a good match. A few months later, shocking news arrived. We learned the adoption had broken down. It was now the decision of the care system to separate the boys into different homes when they moved on. Our sorrow and devastation were overwhelming. We tried our best to have the boys returned to us together. Our fight to get them back was acrimonious, especially now that they had given us three more foster placements.

Our battle for the boys to be within a loving family was worth every tear and heartache. Once they arrived back home with us, we had to repair their trust and attachment to us. They were fearful of moving on again, and this took them many years to overcome. Our love for them and their plucky courage grew and deepened until we just couldn’t imagine life without them. Without us realizing it, they had become part of us and our family. 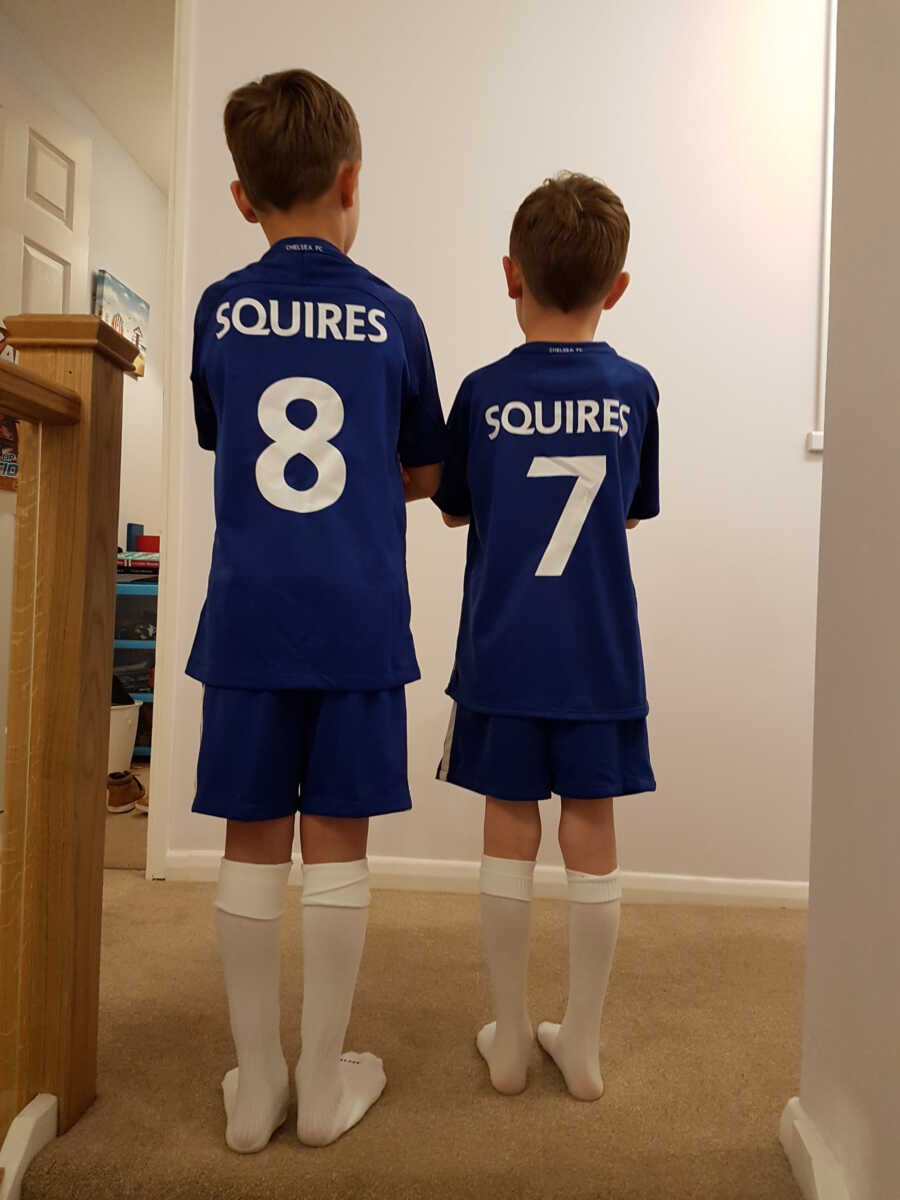 When we originally revealed our wish to adopt the boys, some members of our family were skeptical. They had reason to be anxious because the youngest kid was, and continues to be, incredibly difficult. The eldest boy is severely behind in his growth. But deep down, we knew it was the proper thing to do to give them that final sense of acceptance, belonging, and identity. Even though it was agreed that they would stay with us, we were concerned that keeping them in the foster care system might play on their minds.

I’m calling ‘adoption day’ the day we went to court. All the siblings and social workers involved gathered there to support us. I was so proud of our boys, sitting in the judge’s chair, smiling at him and everyone watching them. It was important that we marked this day for them, so we designed and ordered football t-shirts with their current age and new surname written on the back. Their reaction was priceless as it slowly sank in that they really belonged to us. We had the confirmation of this, when a few days after court, they both started calling Tim, ‘dad’ for the very first time after 6 years of being in our home. This was such a key moment in our lives and theirs. 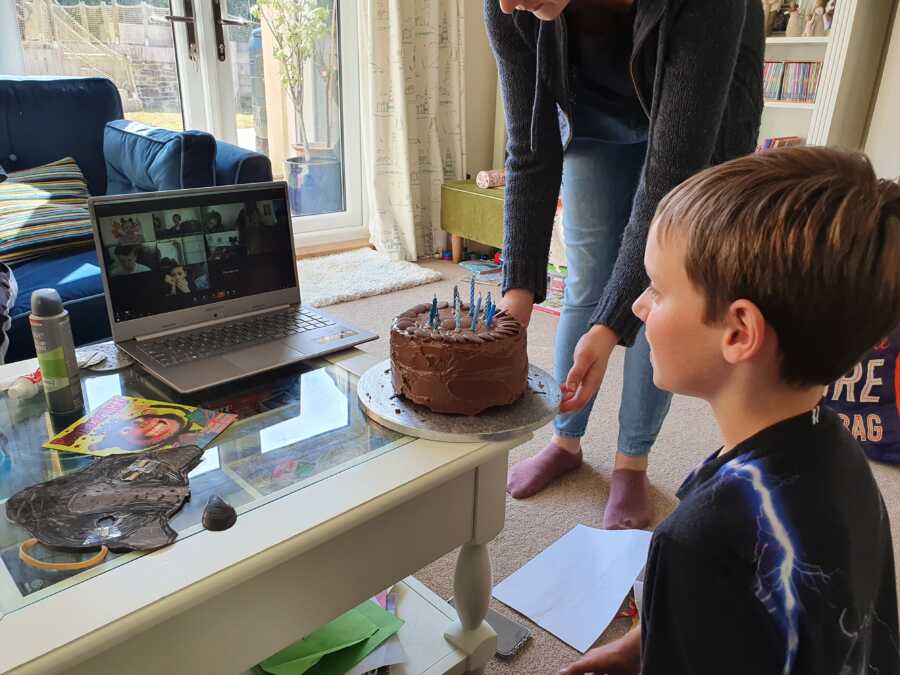 Equally special, and something that made many of their teachers weep in school, was how they proudly wore their t-shirts the next day. They wanted everyone to know they were now adopted. It wasn’t only the boys that felt different, we did too. Both Tim and I felt surprised and the feeling of weight lifting off our shoulders. They belonged to us and we to them, now no-one could separate us from them. It was an amazing feeling.

Our love for the boys runs deep, but our challenges remain the same. Their tough start has left them with developmental and behavioral issues that are unlikely to go away. The youngest has uncontrollable angry outbursts and is being assessed for some key childhood conditions. The eldest has significant cognitive delays, including speech. Despite all this, their achievements and resilience have grown by the days, weeks, and months.

Those frail small lads have mastered the use of bicycles, scooters, and skateboards. They enjoy swimming in the sea and riding the waves on a bodyboard. Another wonderful passion is watching friends play football (soccer). They recognize the need of doing some tasks (even if they don’t enjoy them!) and share dog walking every day. Both boys adore their siblings, who are always willing to spend a day out or some quality time with them. We are as devoted to them as if I had given birth to them. There is no distinction in our feelings for them.

As you can see, adoption can be a hard pathway, and therefore, I started up my adoption channel, and I am writing my book. Adopters face so many unique challenges that they may not understand before they adopt. Most people, before they look into the process, think of a young baby who will be grateful when they are older than someone who adopted them. Often, adoption is very far from this scenario. Of course, straightforward adoptions can happen.

However, there is normally the p.ain of separation and loss and the realization of what life could have been for the child and the birth parents. There can also be many unwanted behaviors from the child. These can be there from the beginning or developed. Adopters can feel all at sea and confused. For some, it’s just too much, and the adoption doesn’t work out or they become confused and depressed.

It would be wonderful to believe that my channel provides solid support and that I can help to prevent some of those failed adoptions. Or that I’ll be able to prevent some adoptees from becoming miserable and lonely. Knowledge, in my opinion, is a powerful tool. I hope our adoption story inspires and provokes thought. “You can find me on numerous social media platforms as ‘Adoption With Nyree.'”