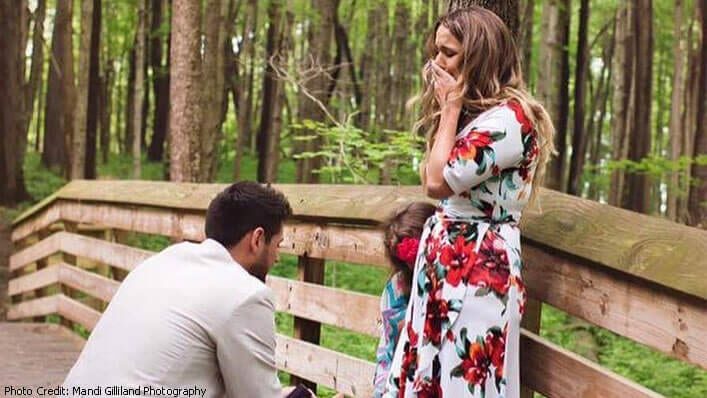 For most men, a marriage proposal means one girl, one ring and one much-anticipated, “yes!” But for Grant Tribbett, proposing to his girlfriend Cassandra Reschar meant proposing to TWO beautiful ladies. Cassandra took to The Knot’s “How He Asked” to share the May 27 engagement. 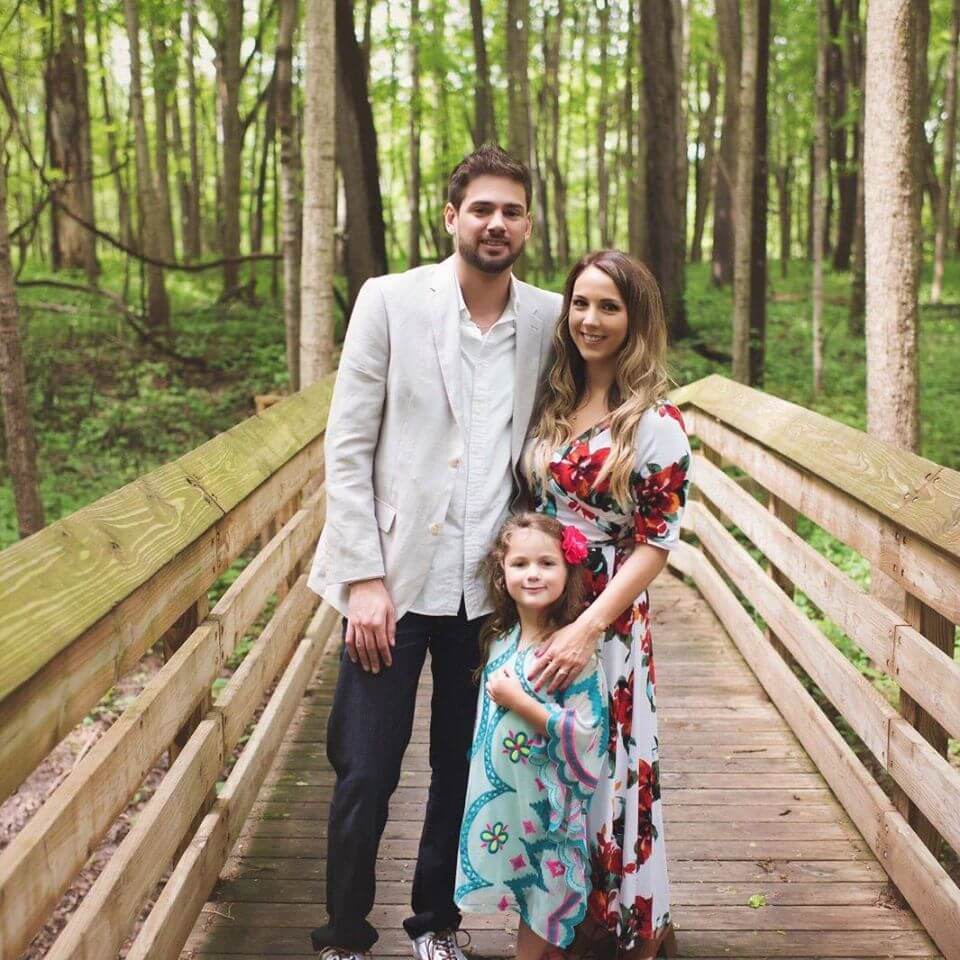 After they finished eating, Grant took the single mom and her 5-year-old daughter, Adrianna, to the Ritchey Woods Nature Preserve in Fishers, Indiana. Cassandra said she immediately knew something fishy was going on but didn’t want to jump to conclusions.

They traveled a mile into the woods together, all dolled up and Cassandra in heels, till they came to a wooden bridge in the midst of the forest. Mandi Gilliland, Cassandra’s friend, and professional photographer, came from the woods to capture the moment Grant dropped down on one knee and proposed to Cassandra! Grant returned to one knee and stared at Adrianna after she enthusiastically replied yes to his proposal. 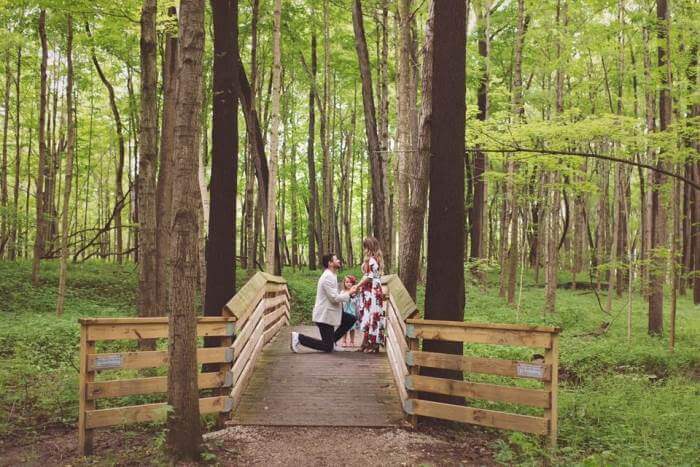 “Can I be your daddy, Adrianna, to promise to love and protect you for the rest of your life?” he said. While mom was in tears of excitement, Adrianna responded as a real five-year-old would: “Thank you!” Adrianna exclaimed when asked if she wanted Grant to marry her mother and become her father. “Yes! I finally get a daddy, Mommy!”

Both of Grant’s leading ladies got a shiny piece of jewelry. For Cassandra, an engagement ring, and for Adrianna, a heart-shaped necklace with two of her favorite colors. Cassandra said that Grant’s proposal to Adrianna “meant the absolute world” to her. 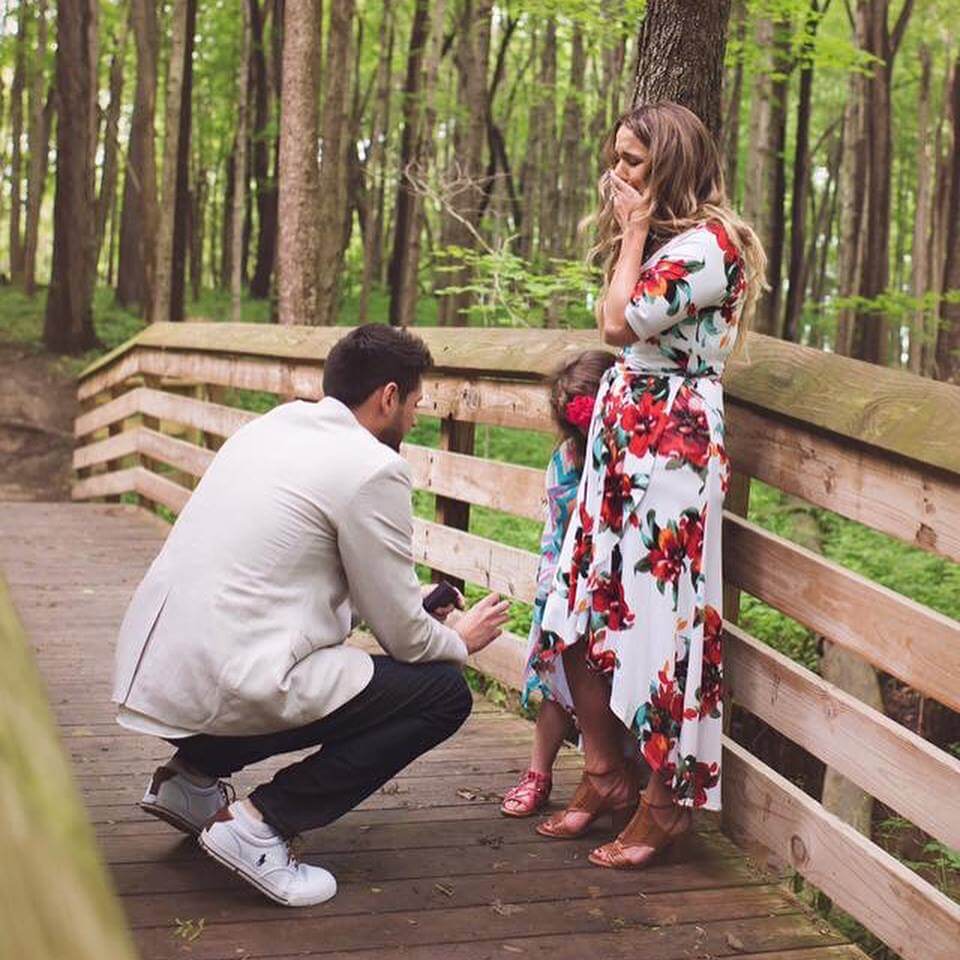 “In my opinion, it’s special to find the man whom your soul loves, but to also find a man who loves your child unconditionally was a dream I never thought could come true.”Grant says the transition from full-time bachelor to full-time dad wasn’t the easiest, but he “wouldn’t change it for the world.”

Knowing before their first date that Cassandra was a single mom, Grant says it’s one of the many qualities of his now-fiance that captured his heart. “[Adrianna] has taught me so much more about life and truly has given my life more meaning.”

The couple plans to tie the knot in December, where Adrianna will serve the special duty of her mama’s flower girl, and share a special first dance with her new daddy.