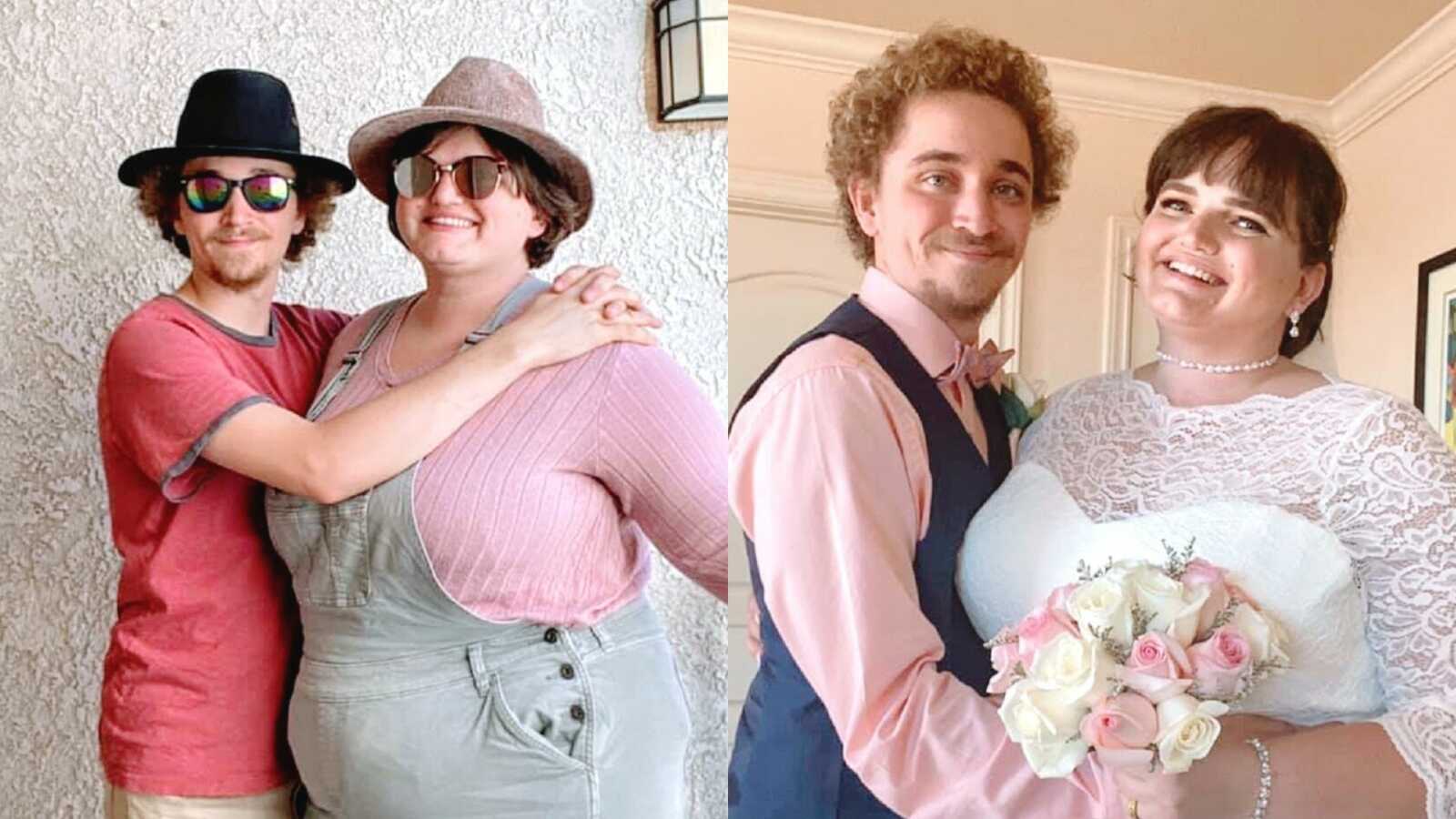 “Today I am safe, today I am stable, today I am happy. Today, I am in love, and happily married. Together we are ‘the luvbuns’, our pet name for each other, and I wouldn’t have it any other way. I almost did not meet him, the man of my dreams (as cliche as that sounds, it’s true). The story of how we met begins before we even set eyes upon one other!

At the start of the new year in 2019, I was working at a dream job as an IT Support Analyst for a satellite corporate office of a retail store–I loved the work I did, I loved the people with whom I worked, and I genuinely looked forward to going to work every day. This is the job that elevated me out of a lifetime of poverty (my mother supported a family of 4 solely upon her disability check in Southern California, you see), so, this job was my world. 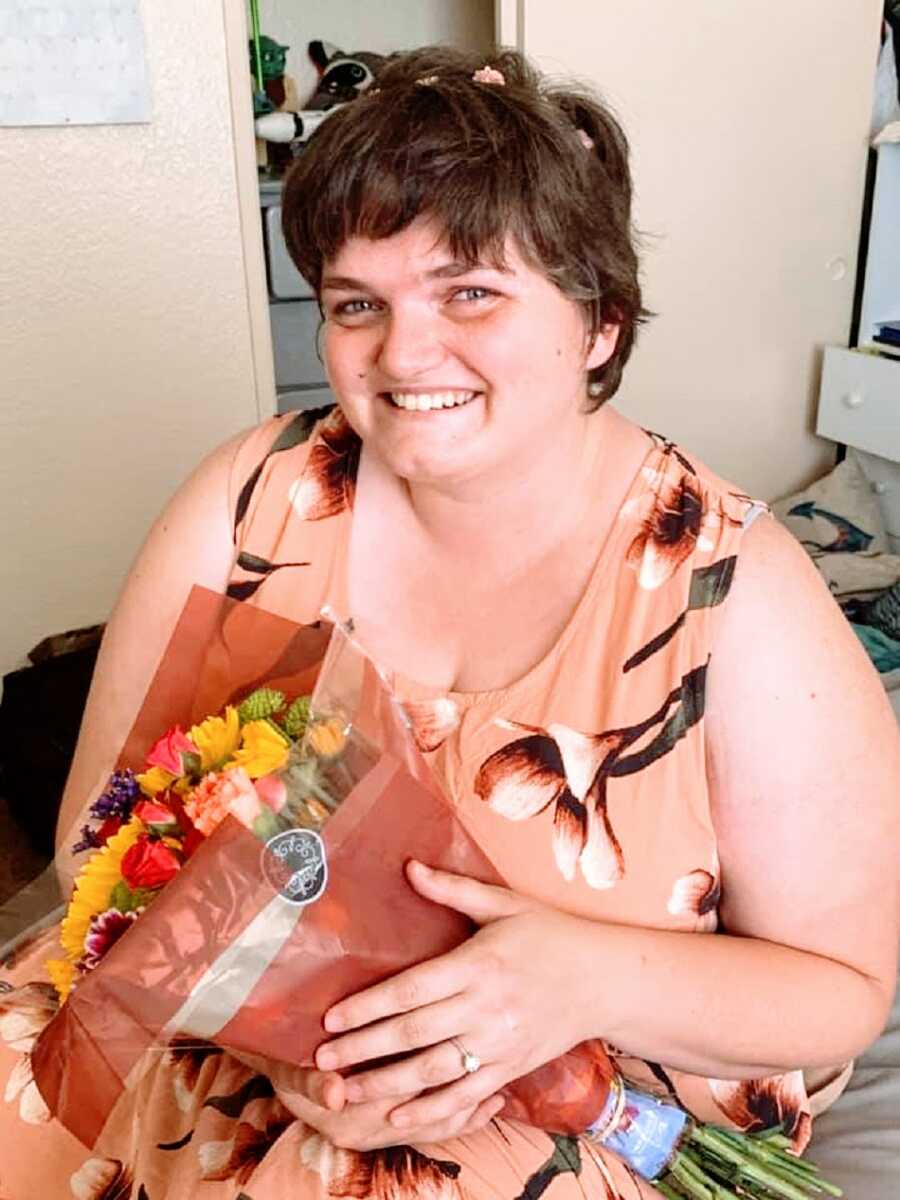 But sadly, for me, it was not meant to last. I received notification of an impending layoff in March of that year because my company had restructured my department. I was devastated, to say the least. It felt like discovering my whole world was made of glass and that it had just shattered into a million pieces. I could barely breathe, it seemed; I could barely bring myself out of bed.

In an attempt to salvage my job, I reapplied for it. The company still needed the job, they simply needed it elsewhere. I interviewed and landed the position–under the stipulation that I take a $4/hr pay cut, relocate to Missouri, and thus move out of Washington state, the state I had called home for the past 9 years. But I loved this job more than anything in the world, and I was desperate to save it. 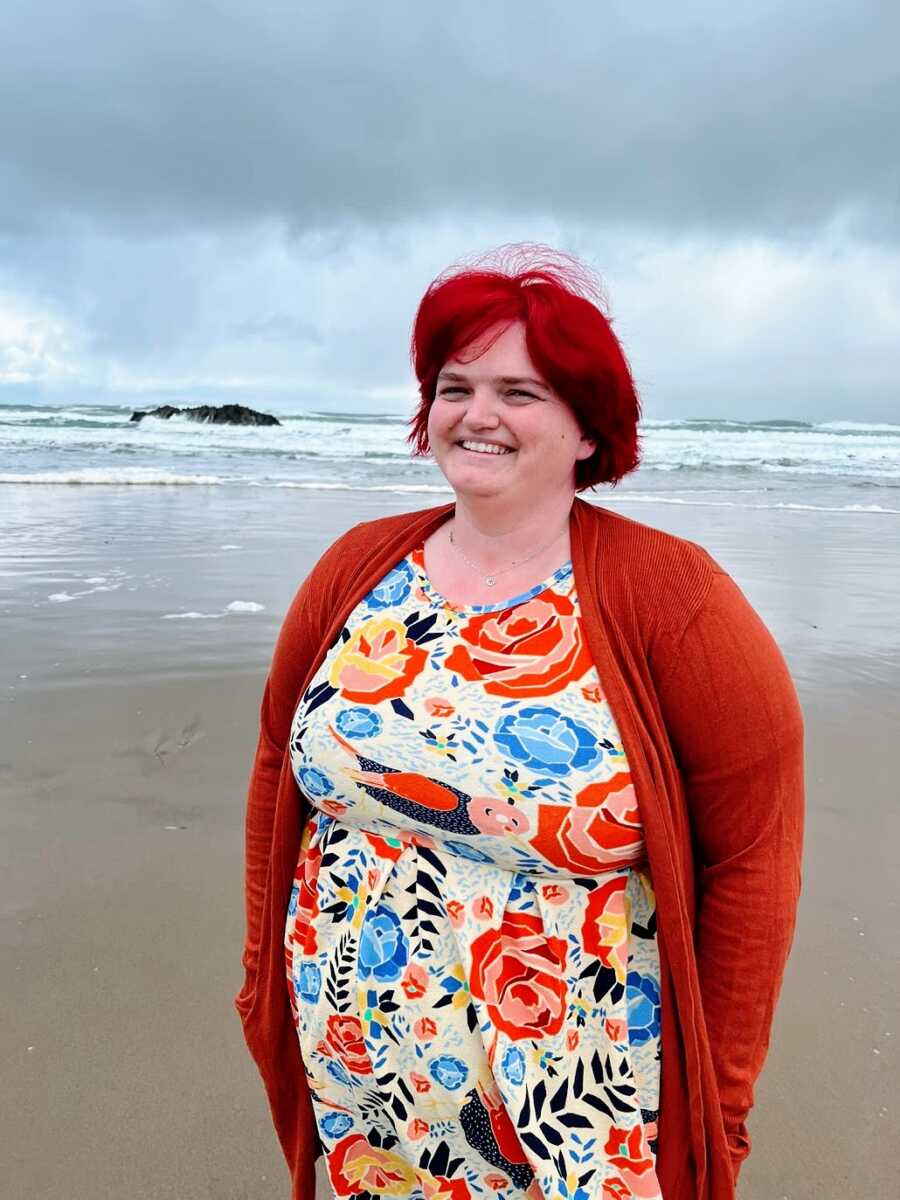 So I sold nearly all of my possessions, gave most of the rest of it away, and packed what I couldn’t bear parting with into my tiny sedan. And I drove. I drove all that way on my own to new territory.To provide context for this next portion of my story, I feel it necessary to disclose that I live with a serious mental illness. Diagnosed at just 14 years old, this condition has shaped my life, in sometimes rather unfortunate ways. 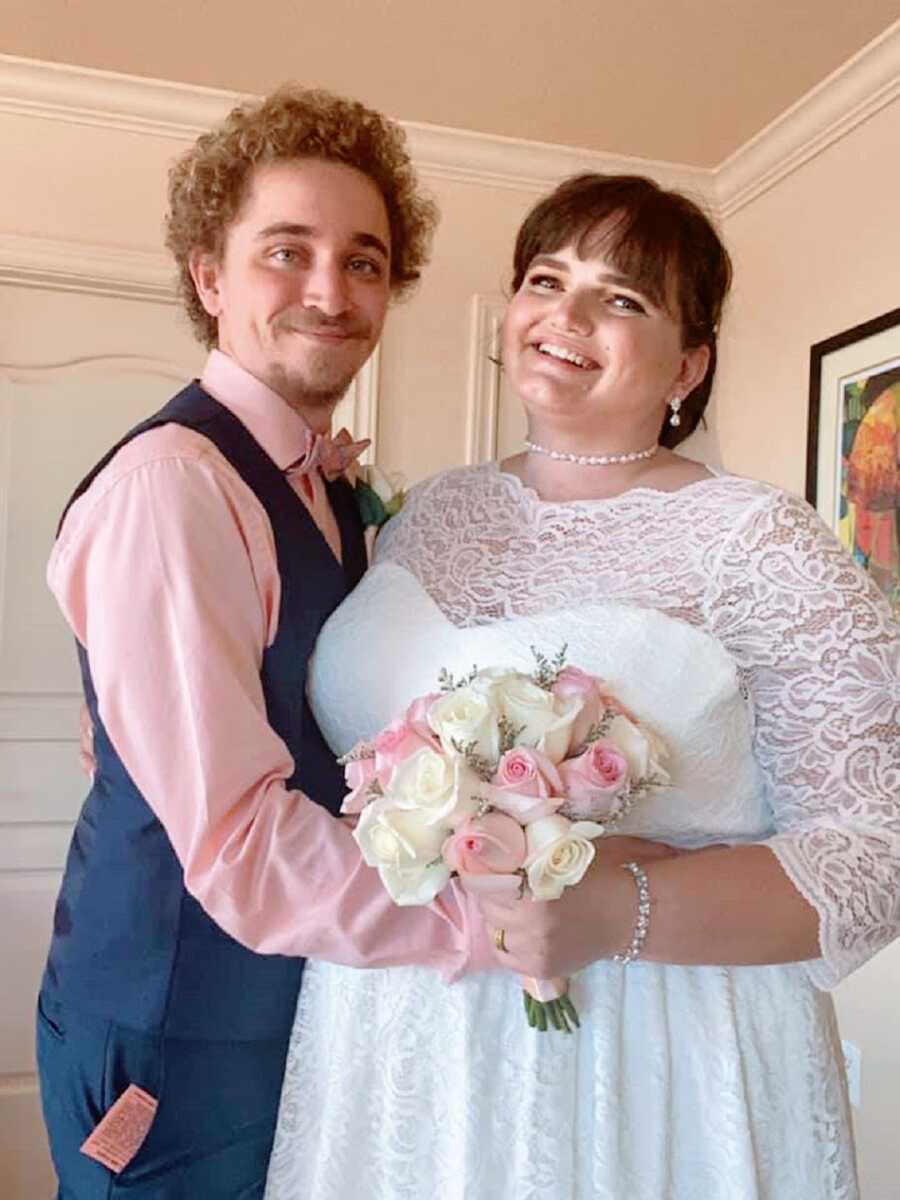 I found myself homeless and completely alone in a state where I knew almost no one almost as quickly as I had arrived there. I was thankfully not homeless on the streets thanks to the goodwill of a new acquaintance who later became a good friend. Nonetheless, I was well aware that my situation was fragile at best, and that while I had a place to sleep on her chair, it was not a long-term option.

My dearest friend in the entire world came to my rescue. She flew all the way from Washington to Missouri to help me out of my predicament. The original idea was for me to return to Washington and live with either my sister or a friend until I was able to get on my feet again. There was, of course, a shift. My mother, who is in her sixties, had a mishap. It’s also a horrible one. She shattered her hip in two places and needed surgery right away; she fell just as my friend was flying in. I realized at the time that my father, who was also ailing, would want aid in caring for my mother in her time of need. 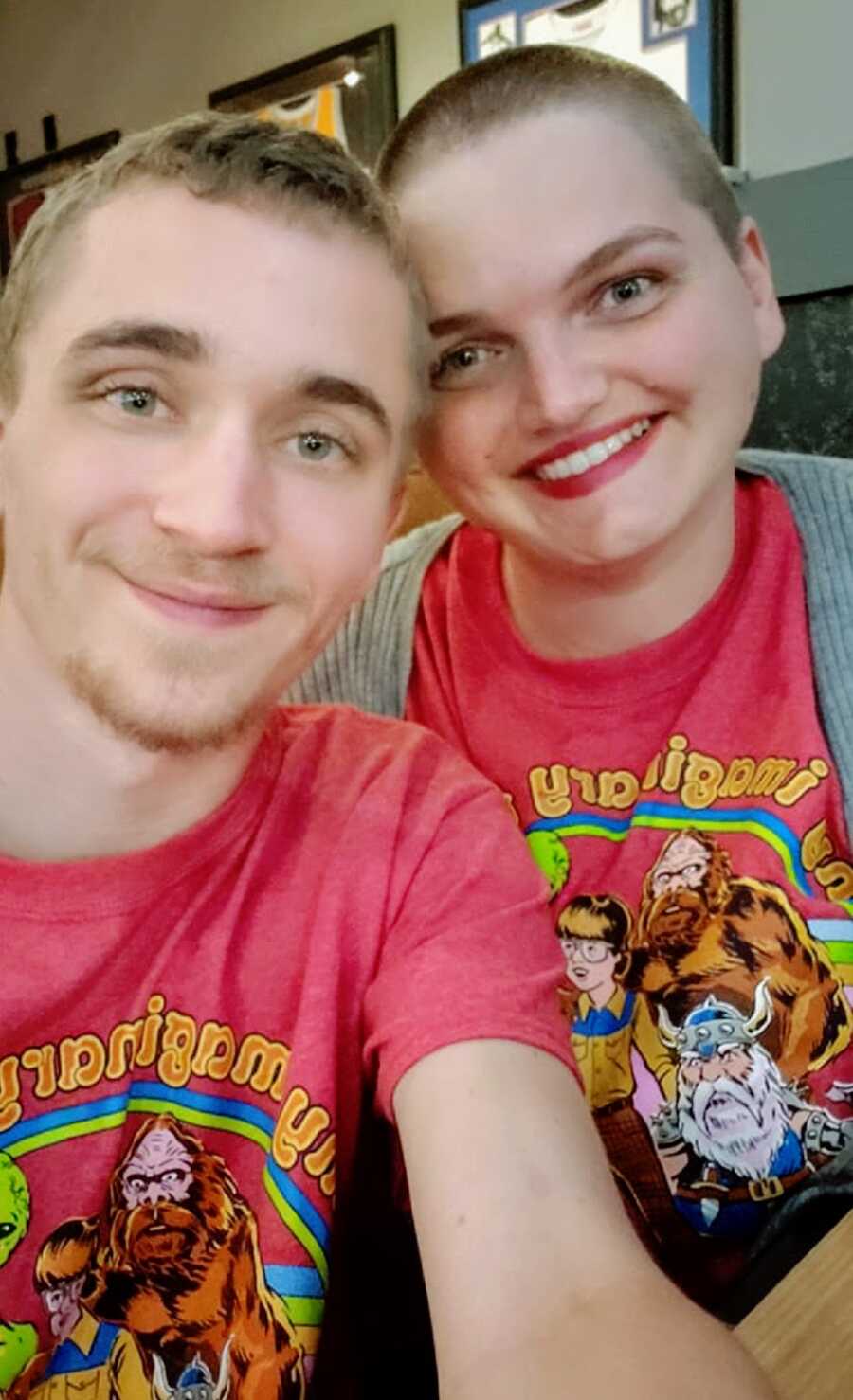 I decided, at the last moment, to move instead to my childhood home state of California. The new plan: I would help my father care for my mother post-surgery while looking for a job. If I had chosen differently, I would not have met my special someone. I signed up to take a networking class to hone my IT-related job skills. I was excited to be back in class. Shortly before class started, the instructor fell ill and could no longer offer the class.

I was once again faced with another choice: switch to a different class or drop out. I really wanted to enhance my skills for work, as I kept doing poorly on the technical interview questions any time I did land a job interview (which was few and far between), so I swapped at the last possible moment to PC Repair.During the week leading up to the start of PC Repair, another choice was made: I was soon to run out of unemployment, with no job insight,

and deep homesickness for Washington state, I made plans to instead move back to the place where I felt most at home: the state of Washington. By September, my mother’s condition had improved enough that she and my father no longer needed my help. However, the day I began packing my sedan to make the move, I got a phone call inviting me to the second round of interviews at a prestigious architectural firm in Los Angeles. 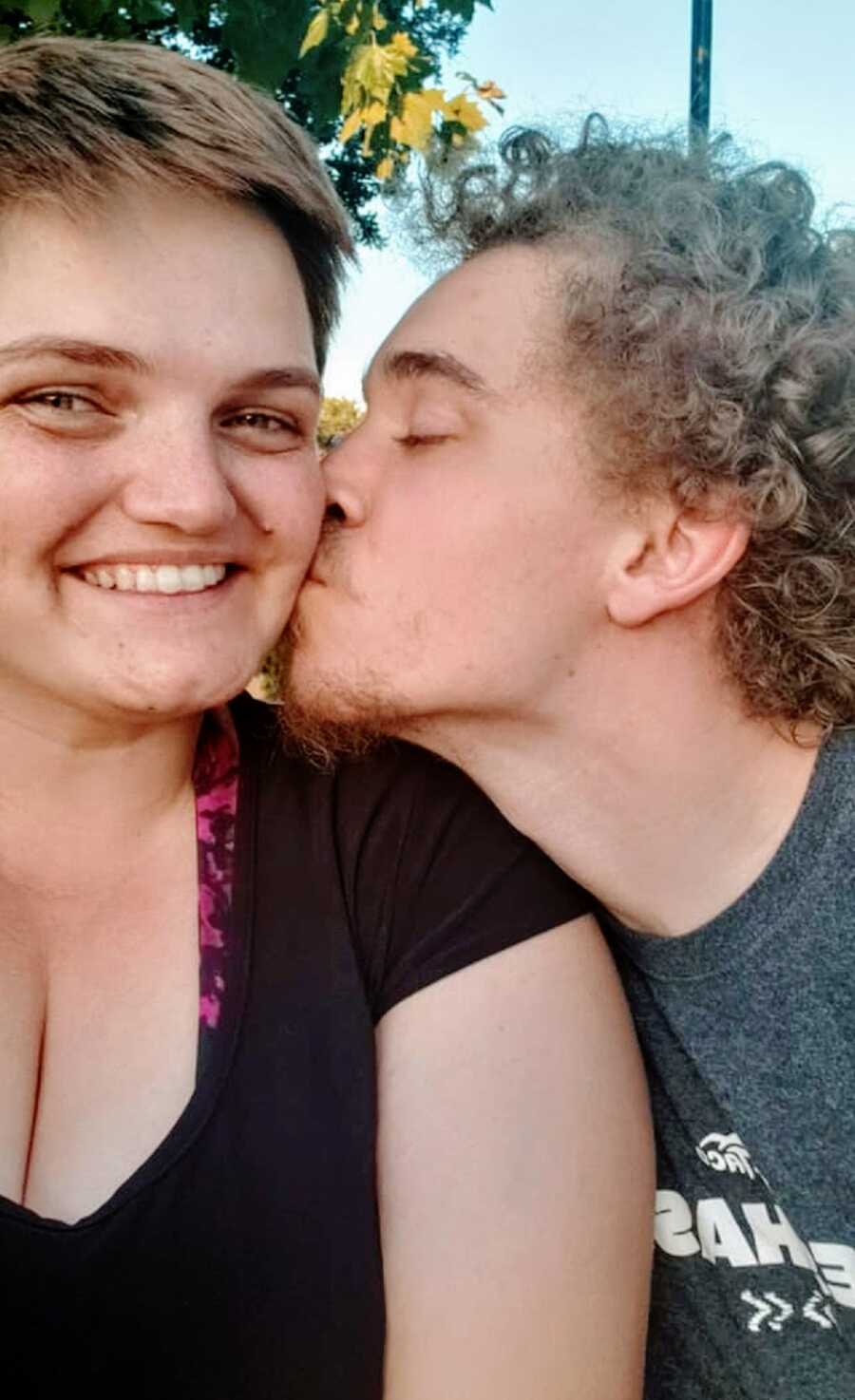 It was such a great opportunity that I pushed my move date out a little further. I went, instead, to PC repair class to help me prepare at least a little bit for the interview, where I would eventually meet him–my luvbun. The fateful event of our meeting happened a little something like this.‘MOM! I’m going to be late!!’ I said to my mother, as I realized that class was about to start. ‘I can’t be late, it’s the first day of class! What will the teacher even think of me if I’m late?!’

‘Lord bless and help you along the way,’ she said to me, her prayer that she would always tell me growing up whenever I went to school. I thanked her, then I dashed off to class, hoping against hope to not be late. Alas, time was not in my favor. ‘You’re late,” the instructor said matter-of-factly. ‘Find a seat.’ I sat in an available seat near the front, and when class was over, I went straight to my car to go home.

Our First Meeting. On the second day of class, I vowed to get there early. I’m rarely, if ever late. The days in between the first and second day go by rather unremarkable. The second day arrives, and I’m there 20 minutes early! But, even earlier than me, waiting in the hallway of the building outside the classroom was a bright-eyed, curly-haired man. I struck up a conversation.‘Hello! I’m Lillia. What’s your name?’‘Cadin.’

‘Hi, Cadin!’ I remember saying. ‘So, is this your first tech class?’ I asked. ‘Well, I’m studying electronics at the community college, but this is my first class on computers, yeah. What about you?’ ‘I have a couple years of experience in IT Support,” I said, “But this is actually my first formal education in the topic. I learned most of what I know through on-the-job training.” I proceeded to tell him about the interview I had coming up. ‘And if I land the job, I’ll drop this class because I won’t have time to do both.’ 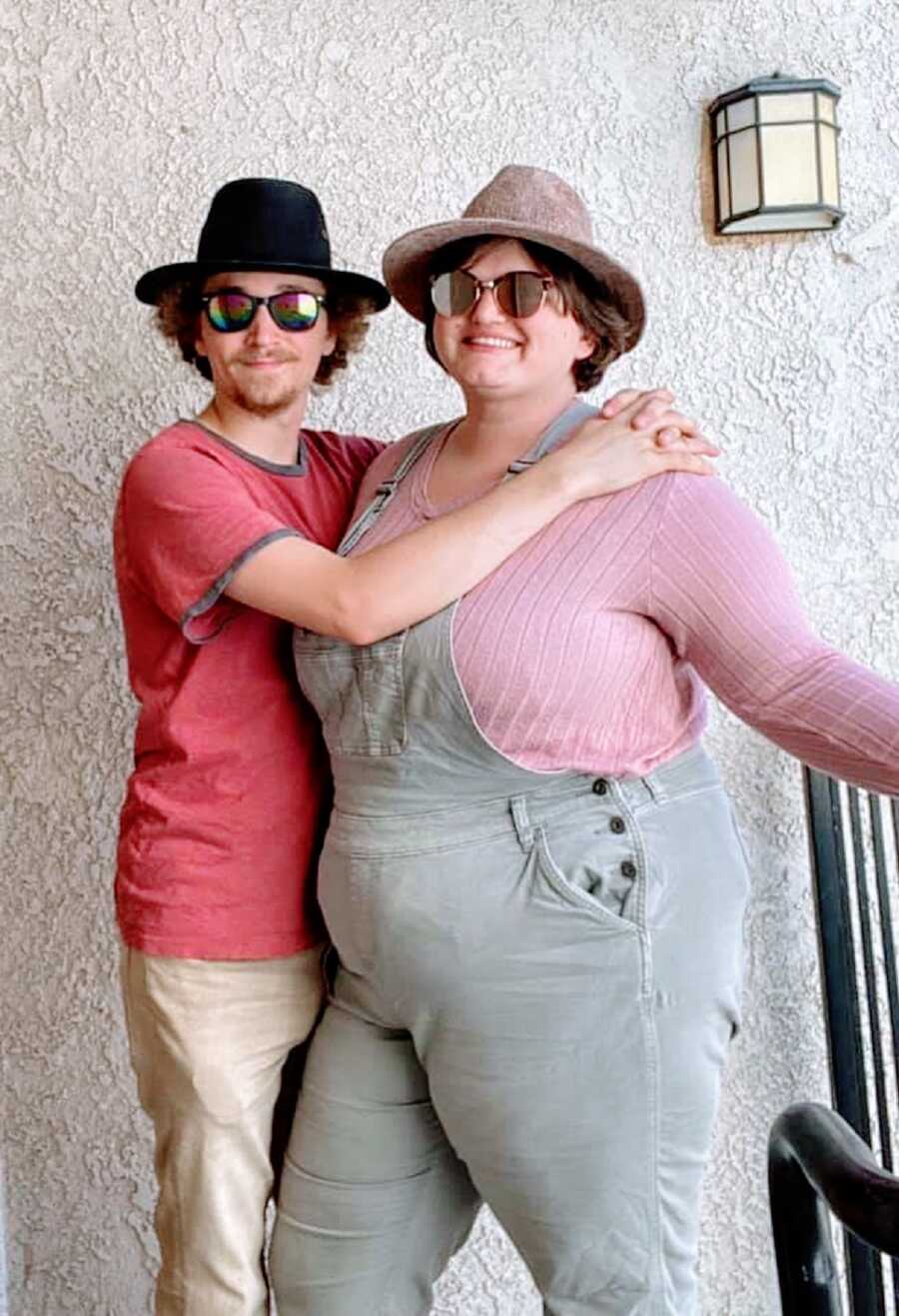 We walked inside the classroom just as the teacher arrived. As is customary for me, I sat near the front. The man with whom I had just spoken sat in the rear. I was busy taking notes when the teacher began his talk. When I looked up, the guy (whose name I had entirely forgotten) had gone to sit next to me. At the time, I didn’t think much of it. Perhaps he wanted a better view of the board.

Class ends, and I again dash out to my car. But I’m stopped by him. ‘Wait!’ he says. I turn around, and he has his phone out with the add contact screen on his phone. I gave him my number and then went home. Once again, I thought nothing of it at the time, perhaps he wanted to study with someone who had experience in the field.

When I arrived home, I checked my text messages. One of them was from him, it read, ‘Hey! It’s Cadin.’ And that is the story of how we met and went on our first date. The first date was a huge success! He told me that because there was a chance I could drop the class, he asked me for my number. He said he ‘had to act quickly.’ After the first date, we went on several more dates, in fact, we spent nearly every waking moment of free time we could together.

We soon started calling each other ‘luvbun’ (it’s a variation of lovebird, but with bunnies). We eventually moved in together, became engaged, and then got married. We moved out of state, returning to the place that felt so much like home to me: Pullman, WA. I truly feel that I’m lucky enough to get a chance to live my life in a ‘happily ever after’ way. The events leading up to our meeting had to happen in a specific way, things had to happen that did not make sense to me at the time. I can say with confidence that I believe in love and have hope for the future.”