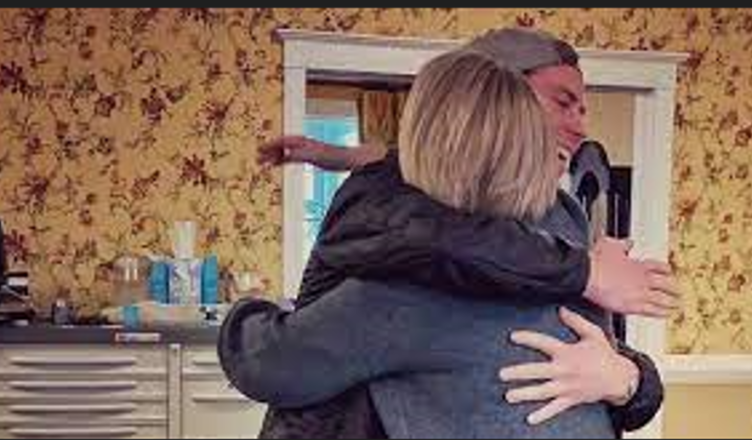 An Indianapolis woman discovered her biological son through DNA testing 25 years after donating her eggs. Kristin Schoonveld was adopted as a baby in 1969 and later sought DNA testing in order to find her biological parents. She submitted her DNA to 23andMe, a company that offers DNA testing with ancestry breakdown, in 2019 and was surprised to discover a match indicating she had a son.

Schoonveld, 52, initially assumed it was “a mistake” because she had never been pregnant. But when she clicked on the profile, she noticed that the young man looked exactly like her. She continued to read and discovered that her “son” was conceived through in vitro fertilization. He, like her, was searching for his biological family. Schoonveld quickly remembered something she did years ago: she anonymously donated her eggs to a couple who were having difficulty conceiving.

In 1994, she was inspired to do so after reading an article about egg donation. Schoonveld, intrigued, applied to be a donor, and she was quickly chosen by a couple. She traveled to California for egg retrieval after months of hormone injections. Schoonveld said she “occasionally marveled” at the possibility of having a biological child in the future, but she rarely considered it.

In June 2012, Schoonveld attended the Special Olympics and met Nick, a young man with Down syndrome whom she had known decades before when she was still in college. Schoonveld took a semester off to work in Nick’s second-grade special education classroom when he was nine years old. Schoonveld even nannied for him for the summer because they were “drawn to each other from the start.”

Unfortunately, they eventually fell out of contact. So when they ran into each other again at the Special Olympics, it was the ideal opportunity for them to reconnect. They became even closer after Nick’s mother, Grace, was diagnosed with nonsmoker’s lung cancer. Schoonveld paid frequent visits and continued to do so after Grace died in January 2015, at the age of 60.

Schoonveld also became close to Nick’s father, Brian, and the two fell in love. They married in January 2018, and she legally adopted Nick four months later. Schoonveld’s adoption was finalized in the same courthouse where she was adopted as a baby, which piqued her interest in learning more about her biological family. That’s how she wound up on 23andMe in late 2019, searching for her biological father. She had already discovered her biological mother on MyHeritage at the time.

Parker Erickson, 26, was conceived through in vitro fertilization using a donor’s egg, and Schoonveld discovered him through DNA testing. When she read that information, she remembered her egg donation from years ago. Erickson had gone to the same website not only to find his biological mother but also to see if he had any unknown siblings. “There was always that question in the air of, ‘Could there be someone else?'” he explained.

“Both of my parents declined. But, as hopeful as [my girlfriend] Kaylee and I were, there might have been someone.” Schoonveld and Erickson began talking, and Schoonveld and Nick traveled to Indiana in November 2019 to meet Erickson and his parents. “It’s as if I’ve known him his entire life,” she said of their meeting. It turned out that the feeling was mutual. “It felt like I was hanging out with people I already knew,” Erickson explained. “It was immediately easy to love each other.”

Erickson said he’d always wanted a brother, and when he met Nick, he got one. The mother and son have maintained contact since, with Erickson following in his mother’s footsteps by volunteering at his local Special Olympics in Boulder, where he and his girlfriend had settled. “We’ve built a relationship that will last for the rest of our lives,” Schoonveld said. Schoonveld and Erickson’s worlds have grown so much larger and more wonderful since they met!