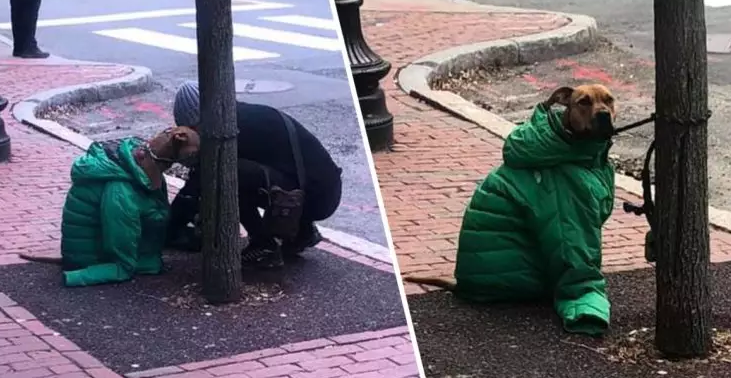 While waiting for the bus in Cambridge, Massachusetts, Kristina Hollie, and her colleague suddenly saw a dog obeying his mom’s command. The mom of the pup wanted to go to the post office. So, she had to leave the dog outside.

After she tied up the dog to the tree, something heartwarming happened. She took off her coat without hesitation, wound it around the dog, making sure the pup was safe and sound. The dog was excited and happy to wear mom’s warm and comfy jacket.

Obviously, the woman would take the dog inside, yet, she didn’t have the right to. So, she made sure the pup was in warmth while waiting for her. 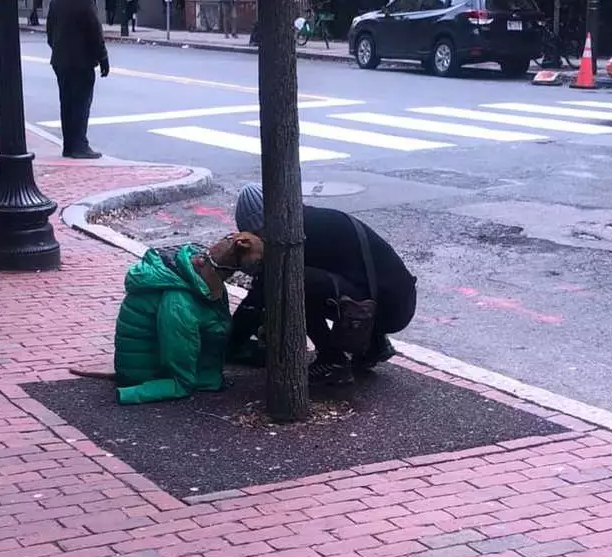 On the way to the post office, the mom passed by Hollie who expressed her excitement, saying that everyone was amazed because what she did was very sweet and thoughtful. She thanked Hollie. 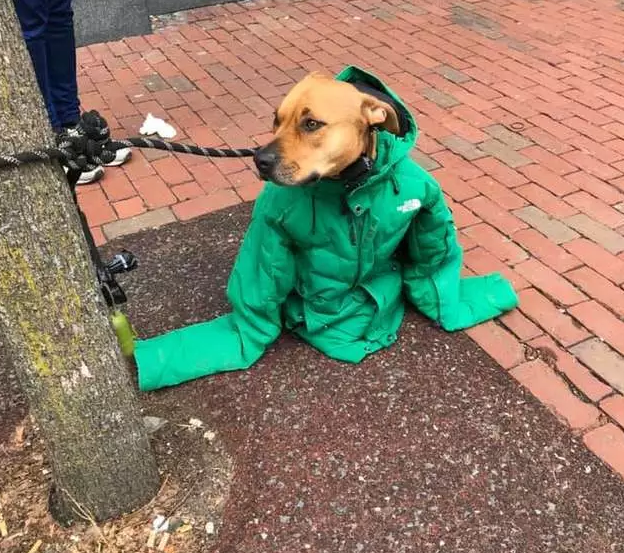 It was adorable watching the dog waiting for his mom with so much patience on the sidewalk. No one could pass by without taking a photo of the pup or making some positive comments. 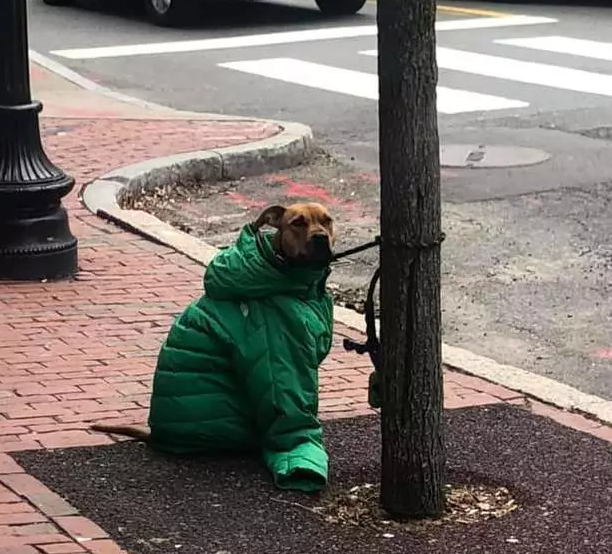 Finally, Hollie’s bus arrived and she had to say goodbye to the pup. That’s amazing how people can truly care and feel so much love for their pets by making even personal sacrifices to make the lives of their small friends warmer.