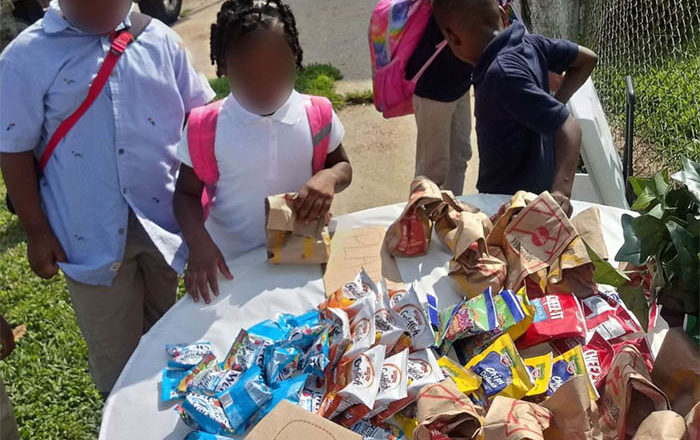 For more than five years, Champale Anderson has been making extra sack lunches for underprivileged children in her neighborhood in St. Louis, Missouri.

Champale is a mother of six and is also a health care provider. She began to notice many of her children’s friends and classmates being hungry when they would come to her house to play after school. With 21% of St.!

Louis’ population living below the poverty line, providing daily essentials is often a struggle for many, and Champale realized that many of her children’s friends were not getting regular meals at school or at home. 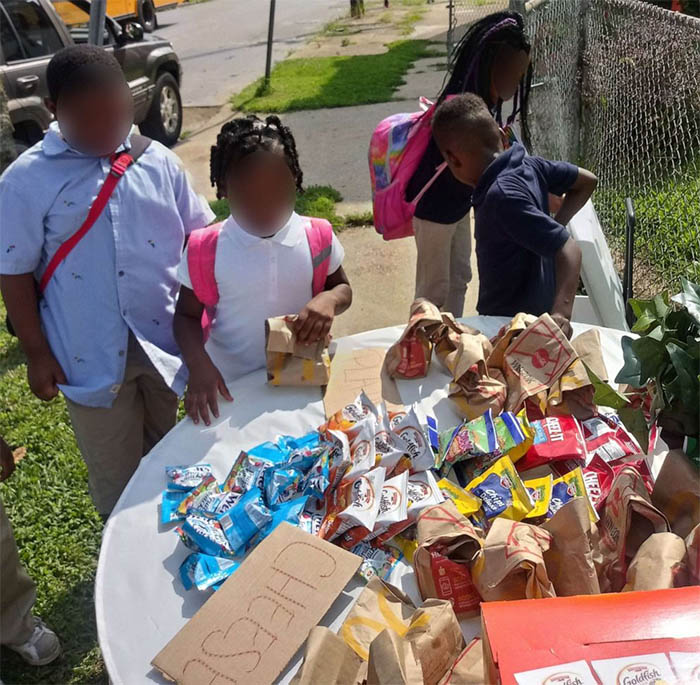 Champale herself grew up in poverty, and she doesn’t want any other child to suffer the way that she did. “I didn’t have a great childhood; It was pretty rough,” Champale said.

“That made me not want any other kid to go through that.”Wanting to help these children, Champale had an idea. Her house is located right by a bus stop for the local schools, so she decided to set up a table in her front yard with free lunches and goodies for the hungry children in her neighborhood.

Every day after leaving work, she will rush home to make sure there is food for the kids on the table when the first bus arrives. You can slow down a little bit, “she said. Champale shared how children are often excited to see what she does for them every day. 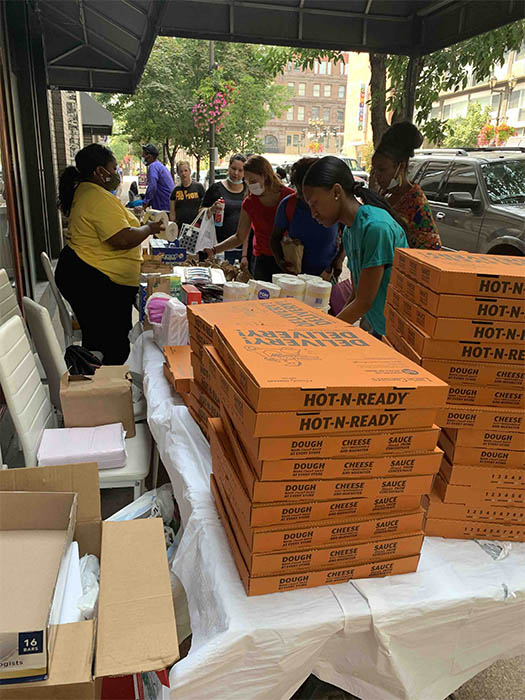 “They get out of the car and run because they never know what’s in my bag. I change and sometimes I give them special treats for my special baby, “she said.

“Those kids are waiting on me. I have to be out there because they are so excited.”“Sometimes kids get a bag and come back to my house around 7 p.m. because that may be the only meal they have during the day. They ask for another bag and I say, ‘Of course.’”