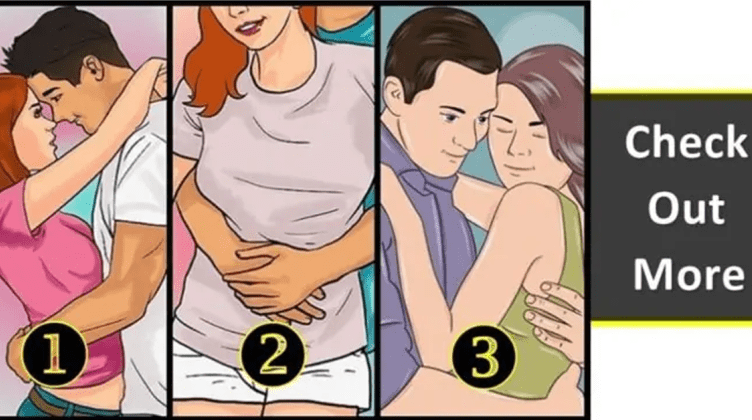 Hugging is an important form of physical contact that human beings depend on for life from the moment of birth. Depending on the type of hug, it can indicate romantic intimacy, security, emotional support, friendship, or love.

To help interpret the meaning of hugs, we interviewed close relationship experts who looked at seven common types of hugs and their views on a relationship. 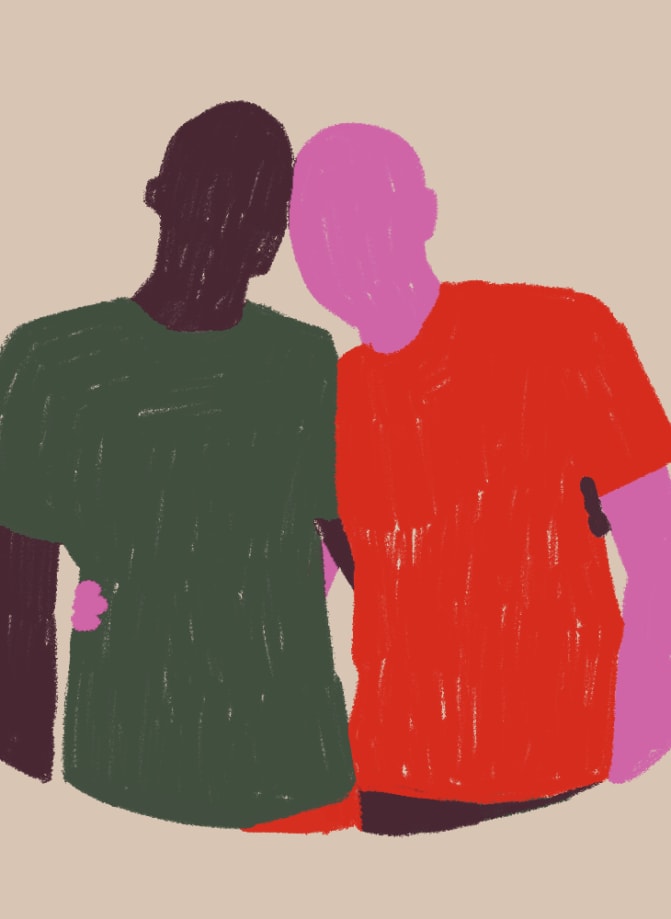 A side hug is when two parties are hugging each other with their arms around either the waist or the shoulder of the other person. Usually, they are standing side by side, one using the left arm and the other using the right.

What it means: “A side hug means you’re not fully in it,” says intimacy expert Julian Colker. This hug is more common in acquaintances than friends since it’s more approachable and appropriate for people who aren’t very close. Similar to words of encouragement, a side hug is almost like saying “You’ve got this!” without being fully heart to heart, explains relationship and intimacy coach Marla Mattenson. 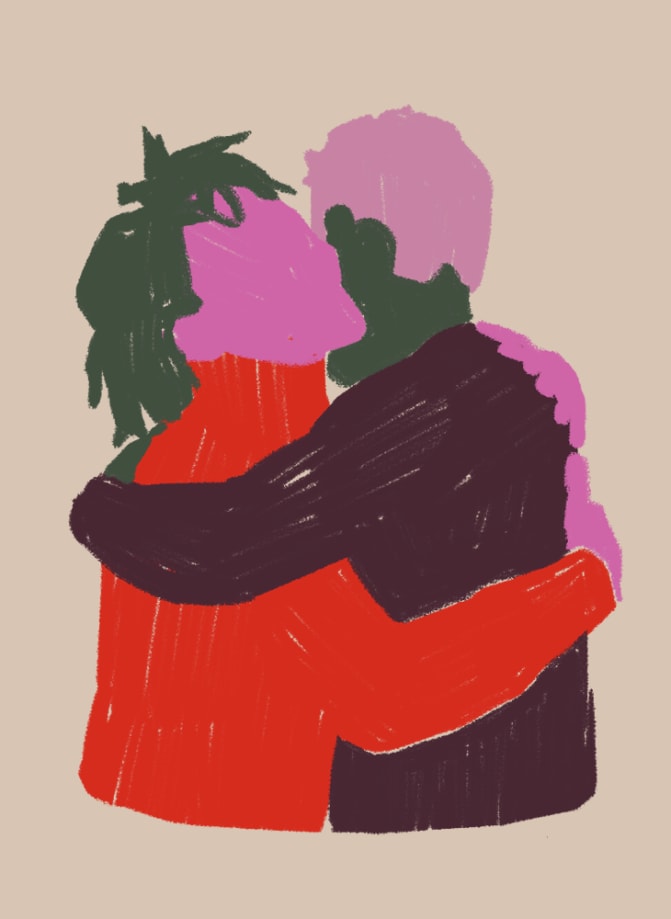 A friend hug is a traditional, two-armed hug where both people’s chests are touching. “Typically, we move our pelvises away from each other, not closer to each other,” Mattenson notes.

What it means: The distance between the two pelvises provides extra space so nothing is misconstrued to be sexual or romantic. Generally, these hugs are quick, unless you haven’t seen each other for a long time, Mattenson adds.

3.Hugging around the waist 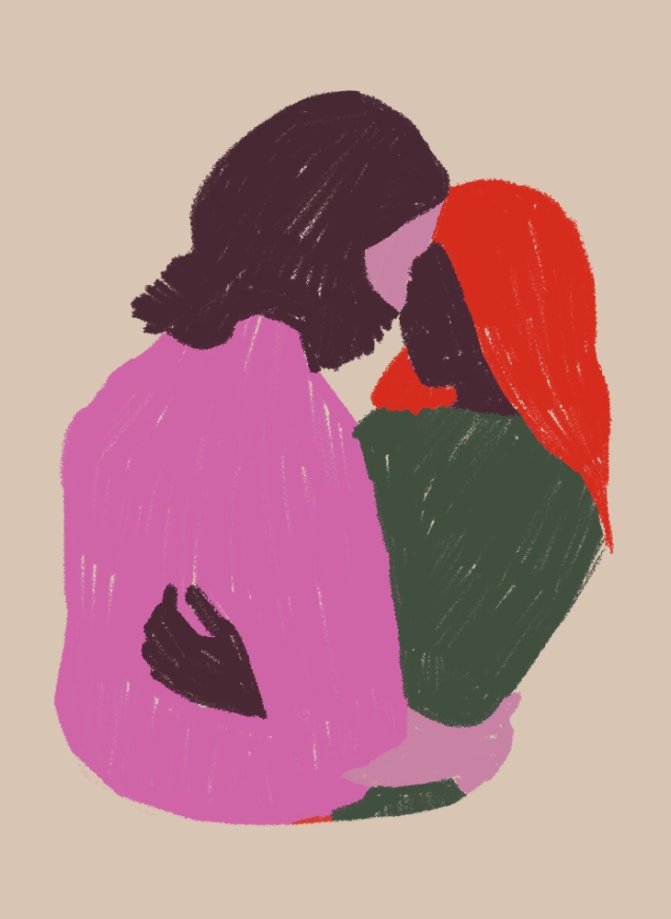 With this type of hug, both partners’ waists are completely aligned and their arms are wrapped around each other’s waists. In this position, they can lean back and look at each other in the eyes.

What it means: This is an intimate romantic hug, which provides an opening for someone to make the next move. “They can take it into a more playful sexual realm, maybe start kissing or gazing into each other’s eyes,” Mattenson says.

5. Bear hug, aka tight hug with a squeeze 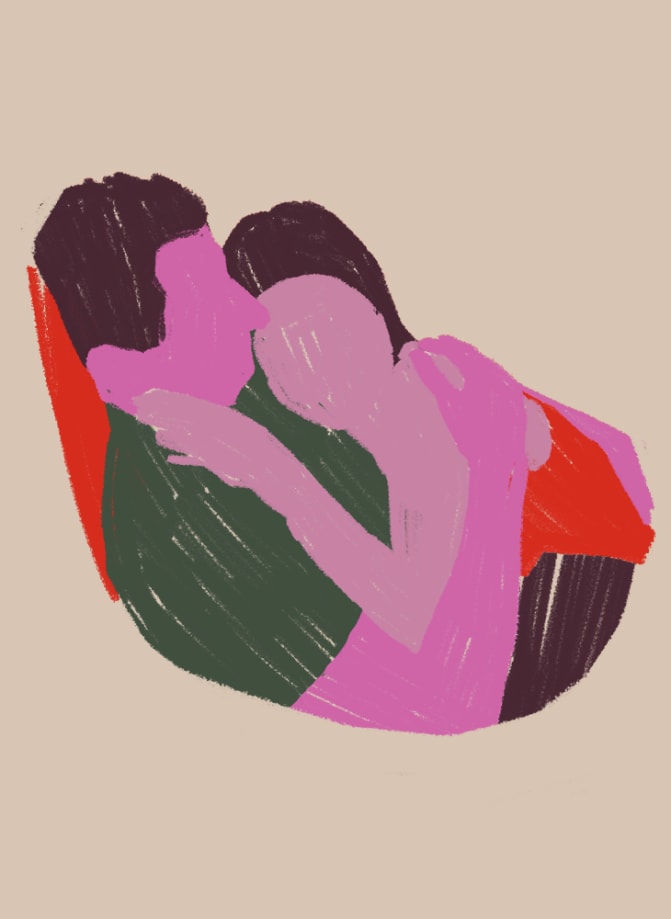 Bear hugs are most commonly done standing up. It’s like a normal hug but much closer, tighter, and usually more prolonged. Bear hugs can also be taken lying down, which Mattenson calls the “love blanket,” with one person lying on top of the other.

What it means: According to Colker, the feeling of a bear hug is reminiscent of being in the womb, when we feel warm and secure. It also helps to activate the parasympathetic nervous system, which gets us out of a fight, flight, or freeze mode. “This type of hug is so satiating on a physical, human level,” Mattenson says. Close friends, romantic partners, and family members can all appropriately engage in a bear hug. 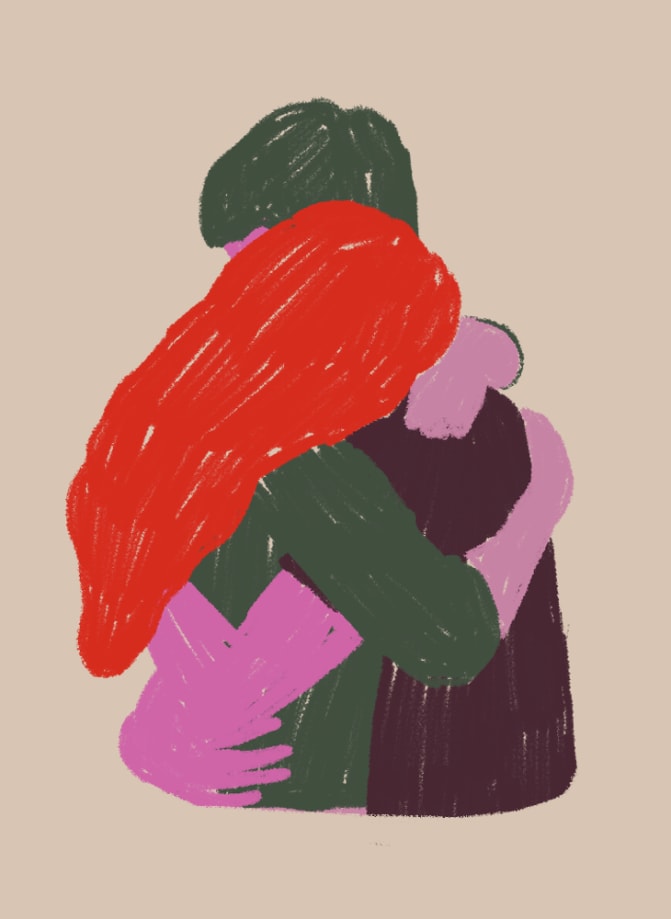 In a heart to heart hug, both huggers approach the embrace with their left sides, so their hearts touch first. This can be done in a standing or seated position. When sitting, your arms and legs can be intertwined. Mattenson recommends holding it for three minutes or longer.

What it means: “Most people unintentionally hug starting from the right side because it’s more protective and further away from the heart,” Mattenson explains. “When you go in from the left side, it’s intimate.” This is a great hug for couples who want to become intimate together.

Heart-to-heart hugs are also beneficial for people who don’t typically like hugging but want to appease a loved one who likes physical touch or has physical touch as a love language. “It’s more nourishing for both of you, even if you don’t really enjoy the physical touch aspect of it,” Colker says.