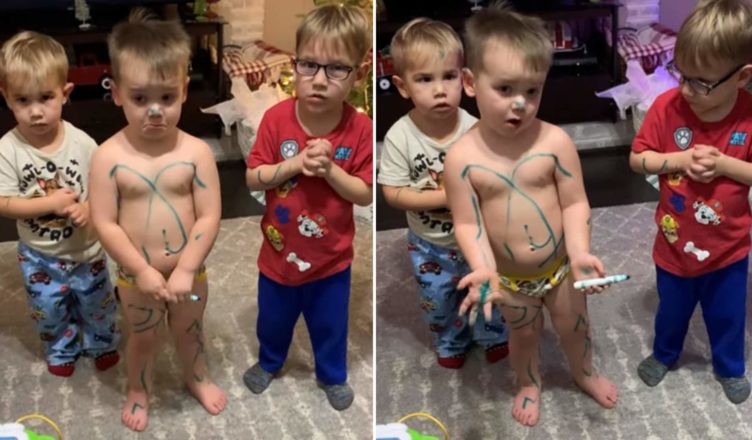 Even when we keep a close eye on them, kids manage to get up to mischief. LaTasha McClendon-Dove recently overheard her three sons, the “triple toddler tornado,” giggling in the living room!

She figured they were merely playing with their toys, but when she peeked inside, she discovered one boy had been stripped naked and coated in magic marker. Their expressions spoke it all: they were a picture of remorse! From then, things only get better! 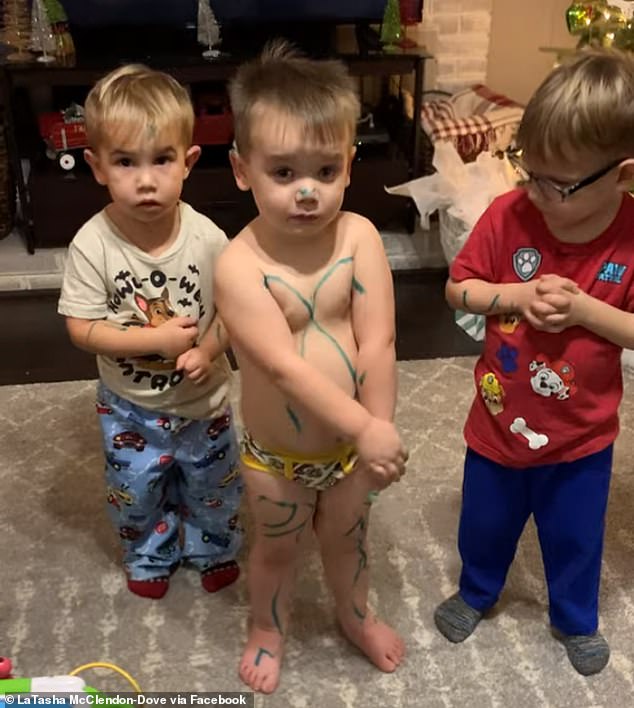 In a video, we see the boy in his undies proceed to politely explain to his mama that they “just wanted to be bad guys.” While LaTasha holds back her laughter, he suggests a good punishment would be for them to “think about what we’ve done.”

This little guy might make a great lawyer someday. He’s incredibly articulate for being so small! “Never a dull moment with these babies and I love it!” LaTasha said. We’re right there with her! Check out the hilarious controlled chaos in the video below, and don’t forget to share this story.