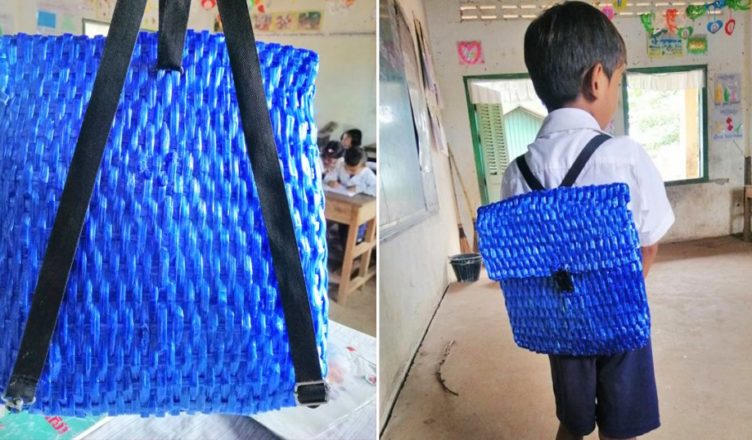 When it appears that he won’t be able to afford a new backpack for his son, a Cambodian parent gets inventive with raffia threads. This devoted father from Cambodia, like many parents who want the best for their children, wants nothing less than the best for his kid.

However, some parents may find that planning for school essentials is prohibitively expensive, as backpacks and school uniforms are not inexpensive. Nonetheless, this Cambodian father did his best to ensure that his son had a fresh and attractive backpack for school by weaving his son’s backpack out of raffia strings. 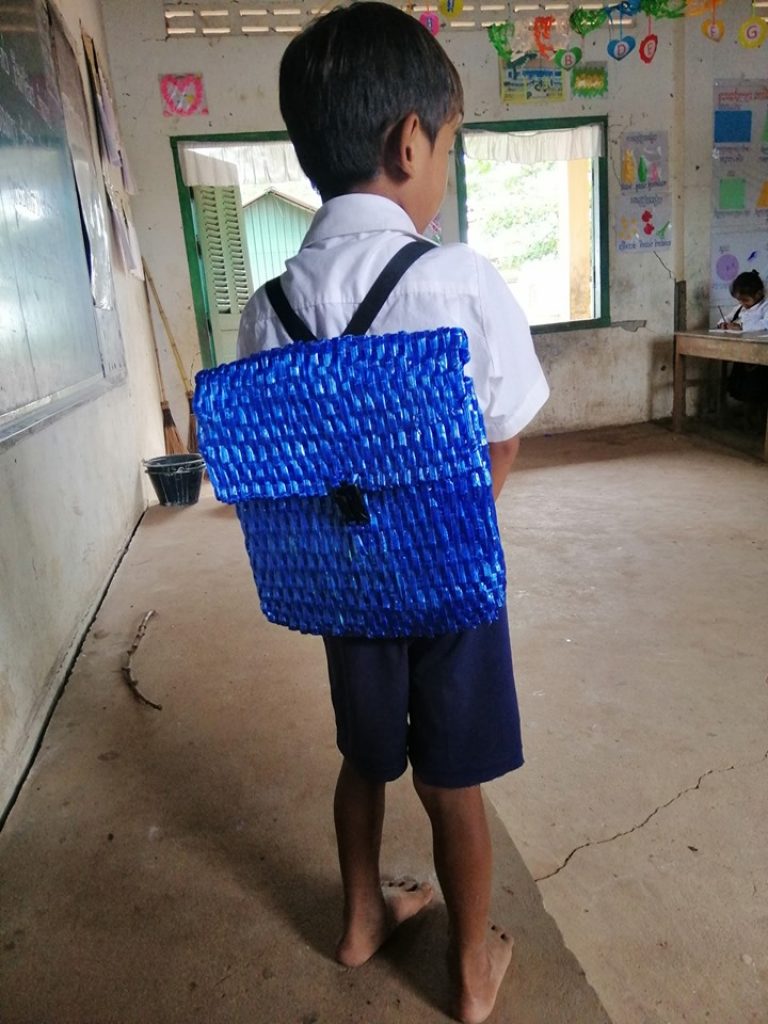 It may be unconventional but the end result is spectacular! Turns out that the blue raffia strings make a very fashionable and sturdy material for a school backpack! The father even added some thoughtful details to the handmade backpack such as two black straps and a black buckle to secure the front lap.

It is obvious that the father had carefully put all thoughts into the design as it can be seen with how intricate the buckle was placed on the front lap. At first glance, you might not even realize that the backpack is made from raffia strings and handmade as it looks like it came straight from a shop! 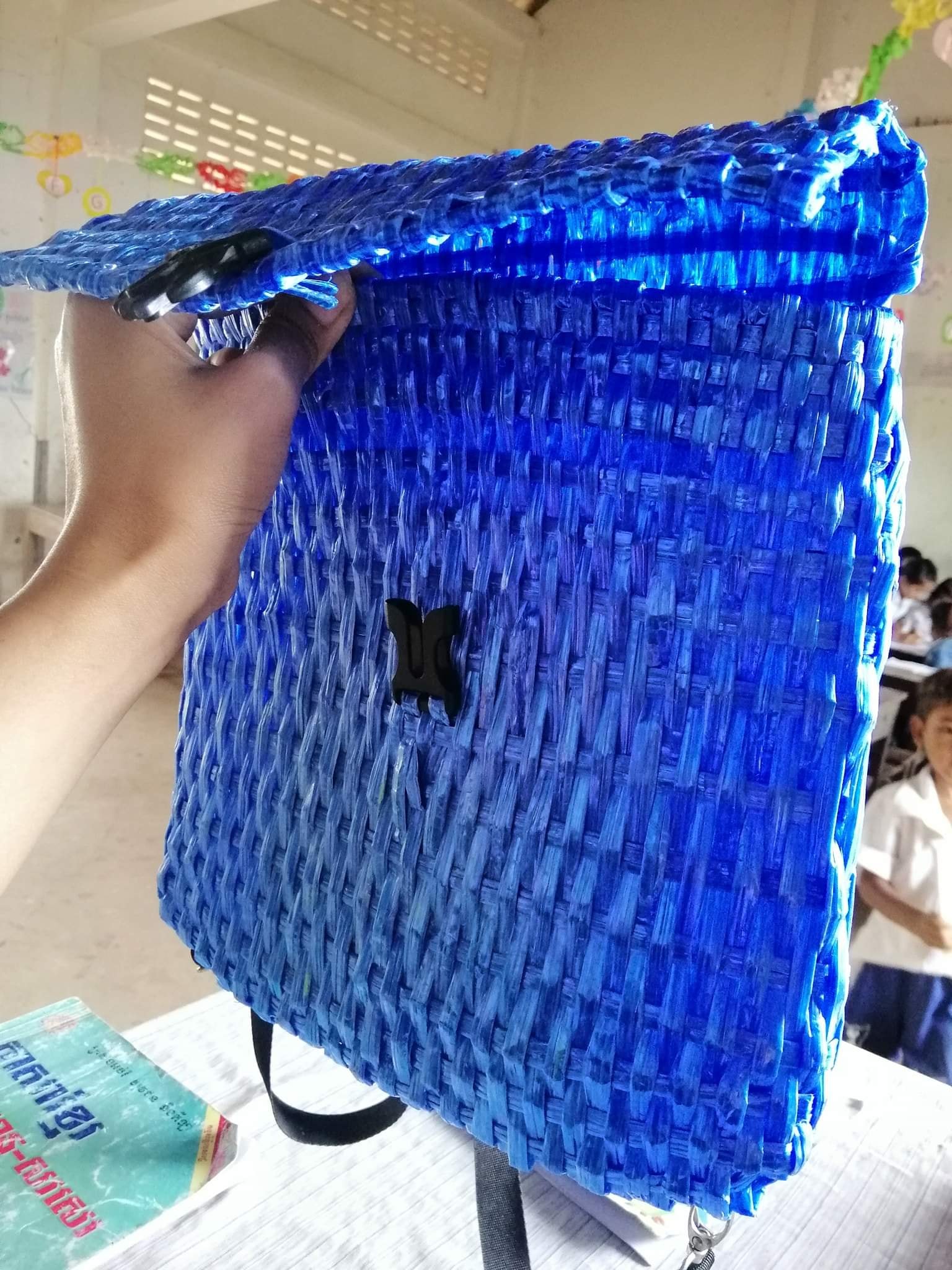 When photos of the unique raffia string backpack made it to social media, many people were impressed and touched by the father’s creative solution to his son’s need. The photos of the bag along with the lucky boy quickly went viral online when it was first posted on Facebook. 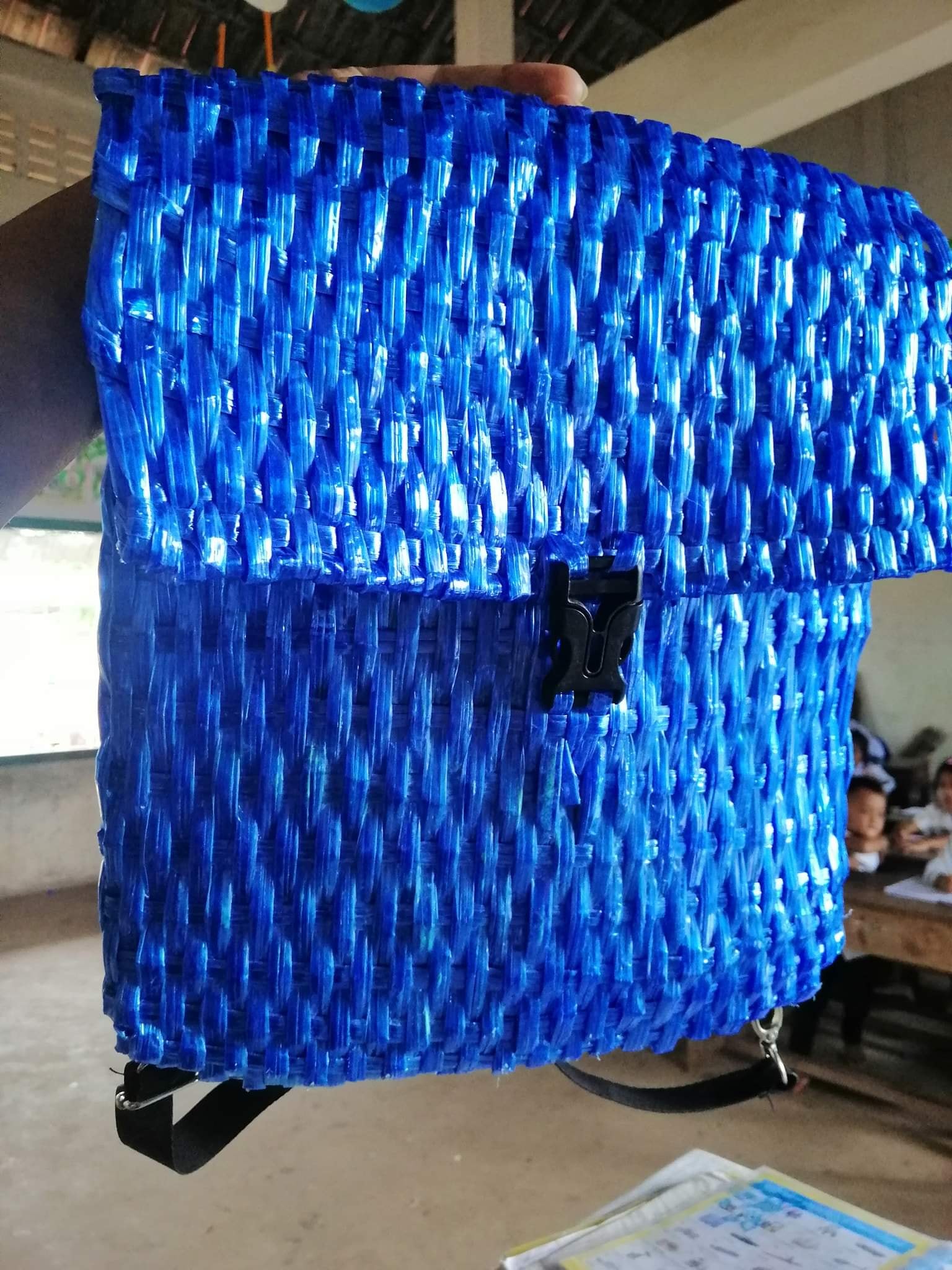 There was also a caption on the post that says, “Because [the] father cannot afford to buy a new backpack for his son, he decided to create a new one from raffia strings for him. #Happybelatedfathersday.”