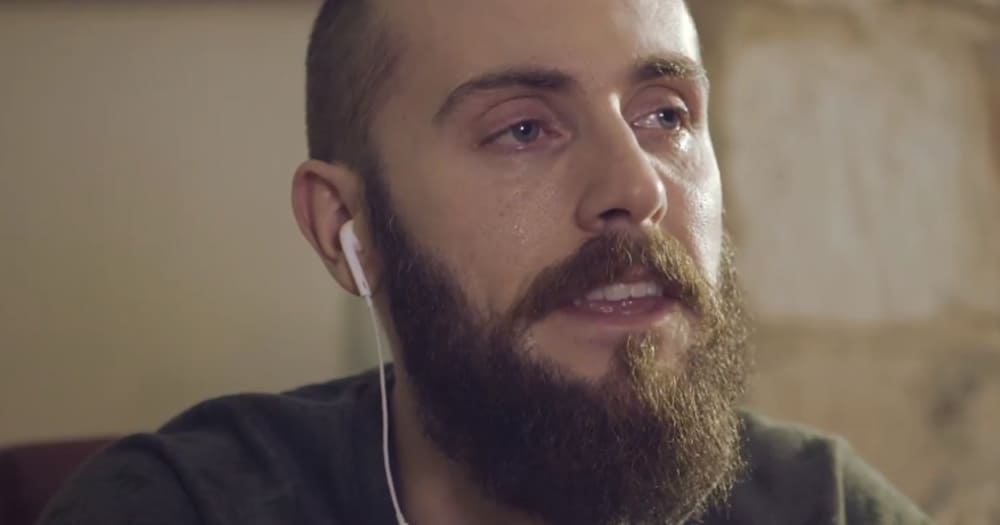 When people saw the short, Christmas-themed film “Love is a Gift”, they were mesmerized by how simple and yet powerful the ad is. What’s more amazing is that the ad was made with a budget of only £50. In the said Christmas video ad, initially posted on YouTube in December 2014, a young man marks his calendar and buys some Christmas presents. He decorates his Christmas tree and keeps marking his calendar, apparently waiting for Christmas!

When Christmas Day finally arrives, he listens to a tape where his mother starts to speak, saying “hello” and greeting him “Merry Christmas.”The next words his mother says suddenly bring tears to his eyes, “I wish I could be there to see how you’ve grown; to see what kind of man you’ve become. I know I will be so proud of you.”

By this point, viewers are aware that the young man’s mother sends a recording every Christmas, which is most likely what wowed them. “Before I go, let me tell you the tale about the happiest day of my life: the day you were born,” his mother says at the end of the audio, which makes the commercial even more poignant.

The fact that this is his mother’s final recording for him before she died broke the hearts of the spectators. According to Phil Beastall, he made this short in 2014, but it didn’t catch on until after John Lewis’ high-profile Christmas commercial, “The Boy and the Piano.” They were so taken by it that they suggested John Lewis hire the director of this low-budget, wonderful short film.

The video quickly surfaced online and people started to commend Beastall for creating such an inexpensive, yet very remarkable Christmas ad. “People seem to like my film because it’s the story that shines through.” This was what Beastall said when asked about the people’s positive reaction to his film. Regarding the film’s budget, Beastall humbly suggested that film or ad producers don’t always need a huge budget but just a narrative that creates a long-lasting impact on the viewers.

The online comments and reactions about the video are very overwhelming. A fan named Susan Prosessor shared a post saying, “This says everything about Christmas, without a single product being mentioned! Merry Christmas.” This post only shows that people are already fed up of Christmas adverts that intend to make people cry but eventually promote products or services at the end.

Another supporter of the ad, Sue Charles says, “A zillion times better than the John Lewis advert and far cheaper to make and just so gorgeous and special. I sobbed.” The John Lewis ad campaign highlighting Elton John’s life may be really disappointing for viewers but Phil Beastall admits that he liked the John Lewis Christmas ad and if the company would give him an offer to make festive campaigns, he would definitely grab the once-in-a-lifetime opportunity.

While people keep comparing the two Christmas ads, it is still important for viewers to show respect and understand that different ad makers have different ways of convincing people and touching their hearts. Regardless of the budget, Christmas adverts have only one goal; and that is to remind people of the real essence of Christmas and relationships.