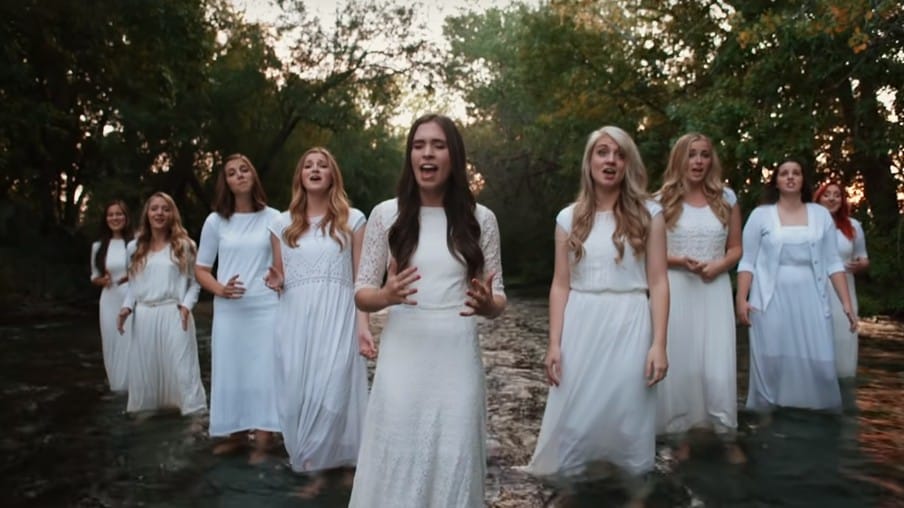 Listening to a cappella music is guaranteed to give one a feeling of serenity. Luckily for its fans, the genre has been gaining popularity in recent years. Many a Capella groups are popping from all around and creating music only with their voices. One of them is the talented a cappella group Noteworthy!

Brigham Young University’s a cappella group comprises nine female members who are all members of The Church of Jesus Christ of Latter-Day Saints.Established in February 2004, the Provo, Utah based singing group has made a name for themselves in the music industry. They cover everything from pop to rock, and they never fail to impress every single time with their performances.

Their YouTube channel, BYU Noteworthy, has amassed 341K subscribers ever since they joined the platform in January 2012. A few of their career highlights include being crowned as the champion of the prestigious International Championship of Collegiate A Cappella (ICCA) in 2007. They made history as the second all-female ensemble to win the competition in its nearly 35-year history.

In 2009, Noteworthy made an appearance on NBC’s hit a cappella competition The Sing-Off. However, the group’s objective is more significant than just making music: “Above all, Noteworthy wants to empower women and young people to realize their own unique identities and divine nature via the force of vocal music,” according to their YouTube bio.

One of their most stunning performances is their rendition of Amazing Grace (My Chains Are Gone), a song originally performed by Christian singer and songwriter, Chris Tomlin. The song’s arrangement and stripped-down performance superbly captured the song’s message of hope. The music video is equally beautiful and shows the women clad in white, making them all look like angels!

They’re walking through the forest while their heavenly voices blend in perfect harmony. The aCappella group shared the video on October 13, 2015. But even if five years have already passed, their cover is already a classic. Their timeless performance will surely be appreciated by many people in the years to come.

It has even brought light to some people during these difficult times. “My mom tested positive for the covid-19, I pray and hope she recovers from it. Please keep her and the other patients in your prayers. This song is beautiful, God loves us all and always will. God bless. Stay safe!” commented Brenda Neem.The a cappella group’s performance moved even those people who claim they aren’t religious.

“Now, I’m not a religious person, but this makes me want to go to church.” Well done; I’d want to hear you guys sing Hallelujah.” Ken Bradley stated the following. Their cover has received nearly 60 million views on YouTube so far. That is a great achievement! Allyssa Jex Blake, Sarah Cunha, Alyssa Flake, Alyssa Aramaki Hazen, Rachael Holt, Jessica McKay Johnson, Janae Klumpp, Tressa Roberts, and Taylor Whitlock Smith—the members of the ensemble from 2015 to 2016—deserve to be honored for this masterpiece!

Prepare to be blown away by this stunning cover of Amazing Grace (My Chains Are Gone) by Noteworthy.