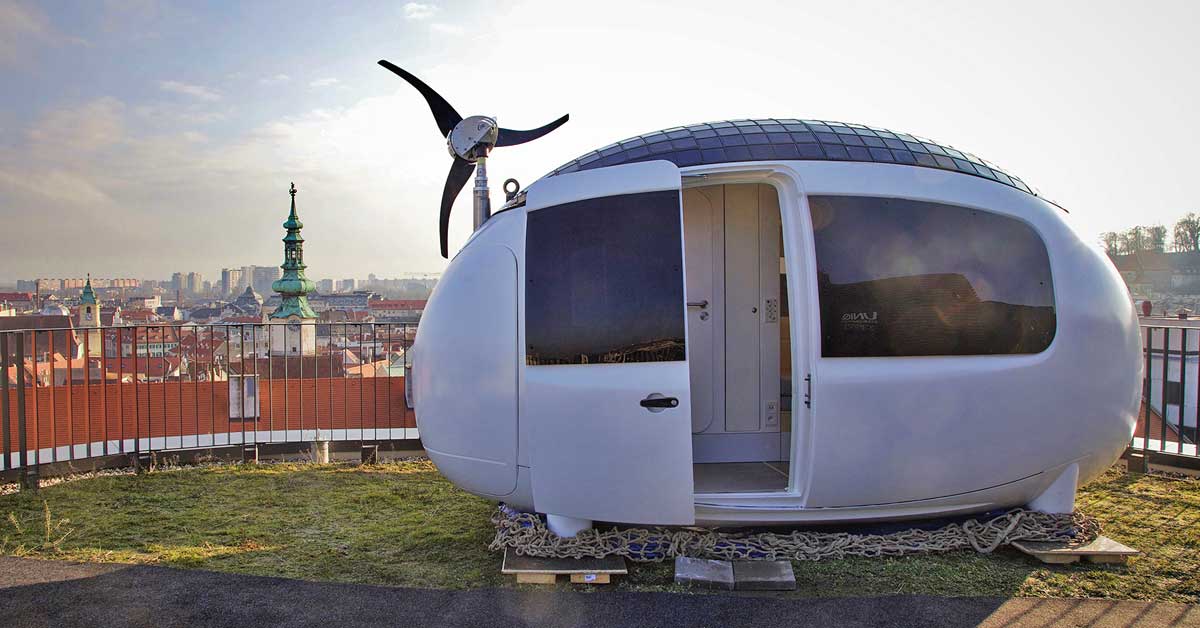 If you’ve always wanted to live in a self-sustaining and solar-powered tiny home that leaves no carbon footprint, the Ecocapsule might be the perfect option for you. This off-grid capable home can be powered by the wind or sun and placed on a trailer base. It was first designed by Nice Architects (now Nice & Wise) for a 2008 architecture and design competition! 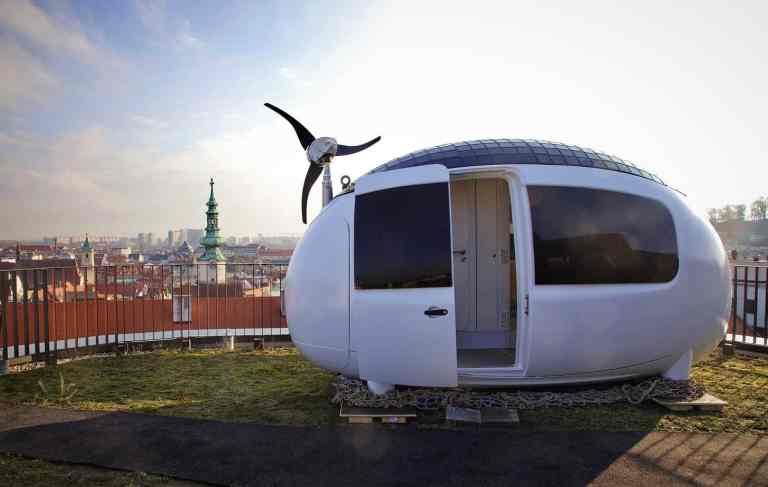 Although the Ecocapsule didn’t win, its build was chosen as one of the most interesting designs in the competition by inhabitat.com. Its Slovakia-based makers received enough positive feedback to inspire them to build the unit. In 2014, the first Ecocapsule project was officially completed. It was initially built to provide homes for people who wanted to live off-grid in nature for a long time, such as park rangers or scientists, or as a quick housing solution for emergency rapid response needs.

High-end buyers in New York City and Silicon Valley, on the other hand, began showing interest in using the unit as a studio, guest room, or rooftop fixture almost immediately. You’d have to be willing to spend $139,000 to get your hands on an Ecocapsule. That’s a lot of cash, but Tomas Zacek, Ecocapsule’s Innovation Director and Co-Founder, believes it’s warranted.

“We understand many people find [the Ecocapsule’s] price over-the-line, but it’s all about most recent smart and sustainable technologies. You don’t leave any carbon footprint when using Ecocapsule the way it should be used, which is a breakthrough.” Powered by battery, wind, or solar power, the Ecocapsule was built to be kind to the environment. Its egg-shaped design allows it to maintain better heat retention and rainwater collection.

The latter is important, especially for off-grid customers, because the unit’s water system is equipped with its own filtration system, so users can refill it with rainwater or water from streams and lakes. Its 9.7-kilowatt can keep the home running for at least four days on its own, but that can be extended with its 880-watt solar panels and its 13.5-foot wind turbine with a 750-watt power output. The makers also included connection options for those who won’t use it for off-grid living. 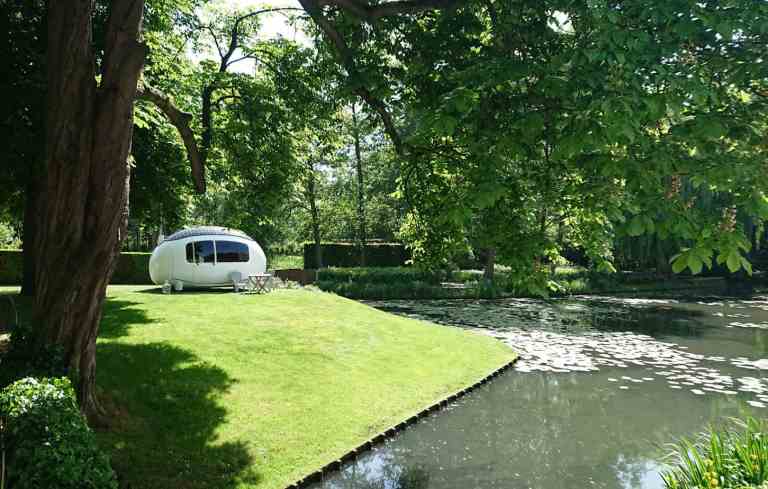 The Ecocapsule itself is made of foam insulation, steel, and fiberglass. It’s literally a tiny home with only 88.3 square feet of interior space and 67.8 square feet of actual usable floor space. The unit measures about 14.6 feet long, 7.4 feet wide, and 8.4 feet tall, not including the wind turbine. Despite its size, the solar-powered Ecocapsule can house up to two people. The home also has two hooks on the roof, allowing it to be lifted by a crane or a helicopter. Once you enter, you’ll find the bathroom and kitchen on your left and the dining table and bedroom to your right. 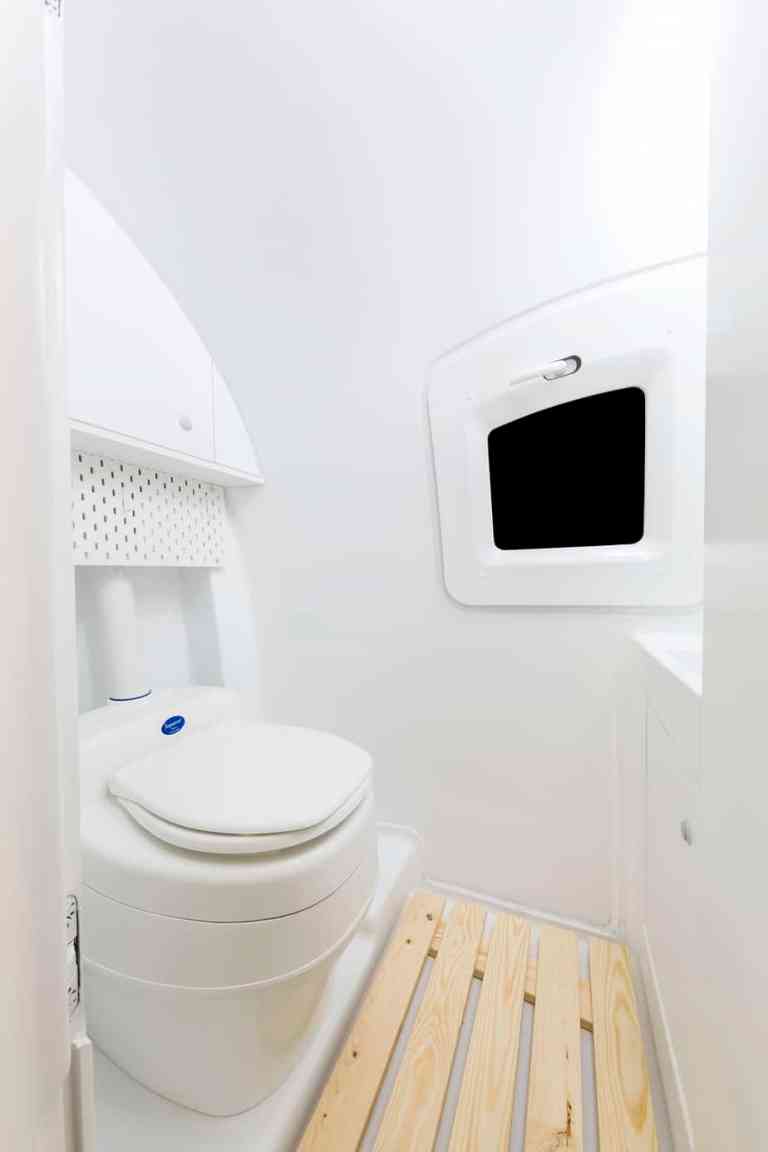 The kitchen has a sink with drinking water, a stovetop, and an optional mini-refrigerator. The bathroom has a sink, composting toilet, and a shower. The bed can be unfolded to have a 6.6-foot by 5.2-foot bed space that can accommodate two people. You can also keep your things in the over-bed cupboards. The electrical unit powers LED lights strips in the interior and two power sockets. 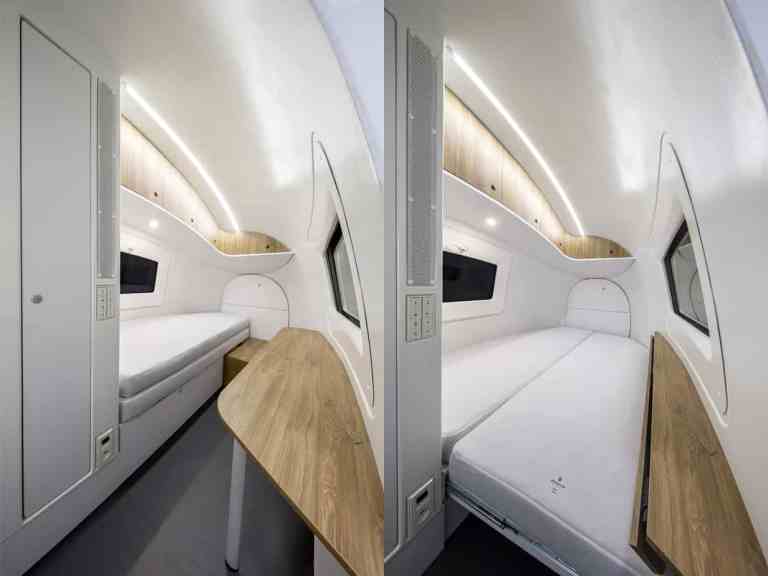 Appliances like a washing machine and microwave aren’t provided because the Ecocapsule runs on off-grid power. For individuals who truly need a washing machine, the makers recommend obtaining a manual, crank-powered one that doesn’t require electricity. If you don’t like the Ecocapsule’s default interior, you can change a number of things, including the material used for the kitchen cabinetry.

Builders can also install an airconditioning unit if the ventilation from the windows and passive heat recovery isn’t sufficient. Watch the video below to learn more about the incredible Ecocapsule.