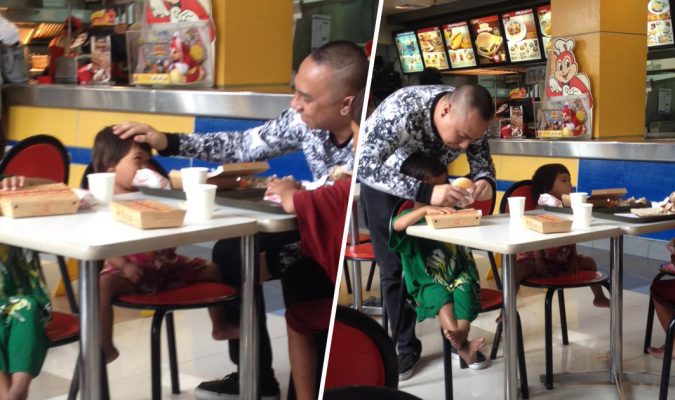 This heartwarming story took place in the Philippines. Patrisha Capillan and her partner were having a typical fast-food supper when they noticed something extraordinary: a man had opted to feed a bunch of young street kids. But, what made her cry was the conversation between the man and one of the children. 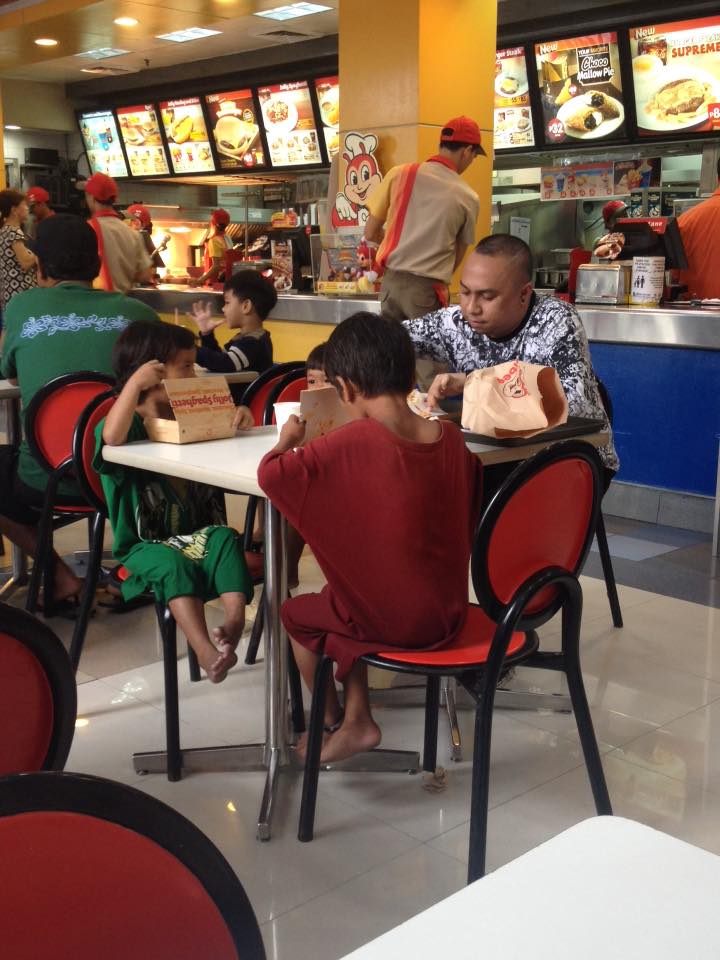 Capillan was at a fast-food restaurant with her boyfriend when she noticed three barefoot street kids outside. She initially noticed a man buying a lot of food to place on his table. After ordering the food, the man called out to the street kids and had them sit at a table inside to eat together.

After watching this act of kindness unfold, Capillan decided to film the man’s charitable act and upload it to Facebook, where it has since been viewed millions of times. 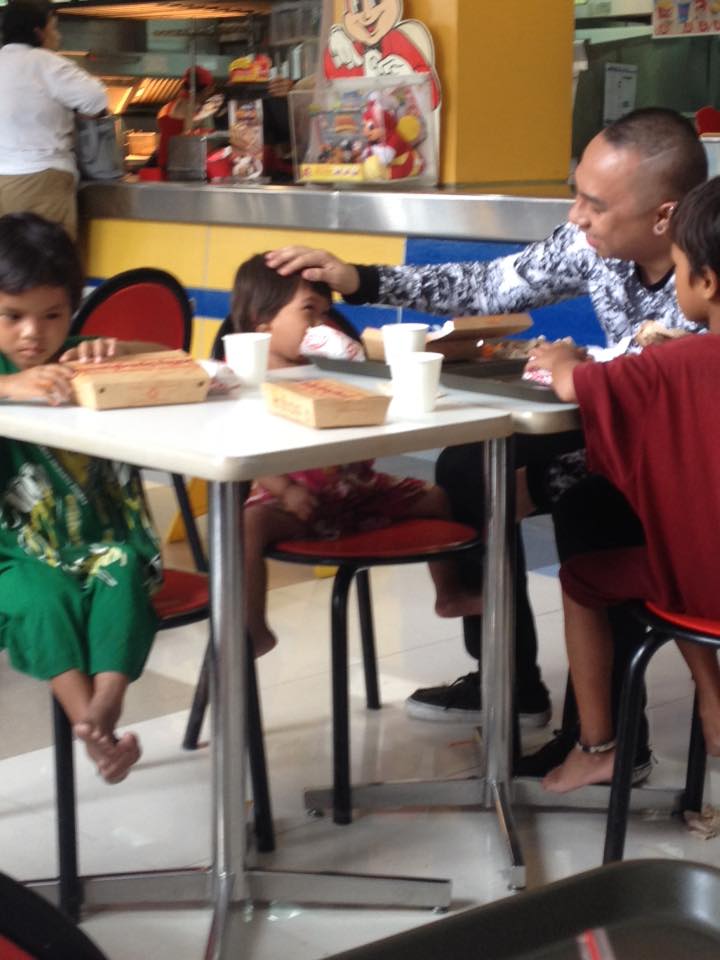 In the video, Capillan filmed the man eating with the three children. She felt touched as she watched them. But what was most touching was when one of the children wearing green clothes stopped eating, and the man asked why.

The child replied that he wants to bring the food back to his mother so that his mother could also enjoy some. Their conversation was so touching that Capillan cried. 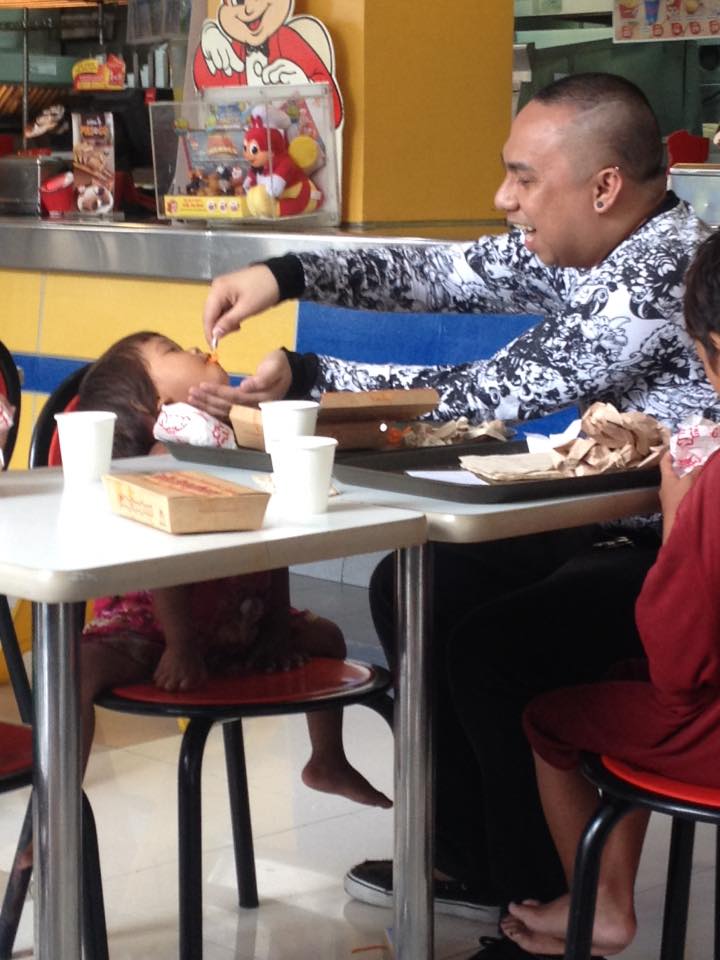 Upon hearing the child’s answer, the kind man went to order another burger for the child to enjoy. Whilst Capillan started filming after this took place, the scene in the short clip is nonetheless very nice.