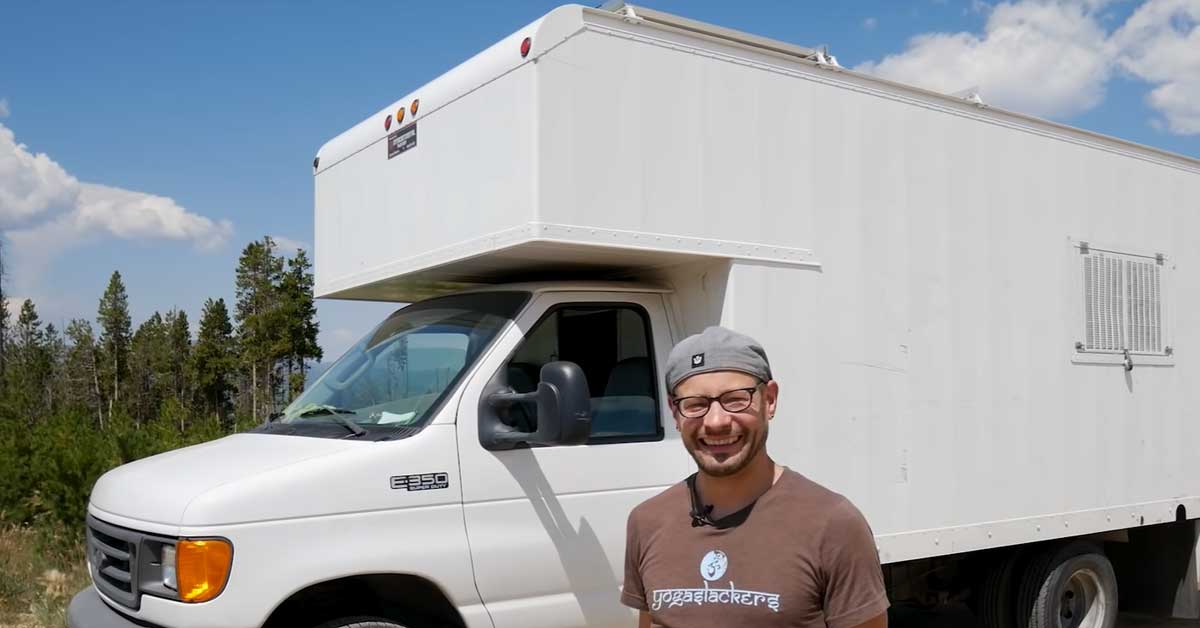 Wanting to avoid housing-related debt, a man named Jason decided to build himself a studio apartment on wheels. Jason used to live in a big house with five roommates until he decided to attend grad school for urban planning.

He knew this mid-career shift would entail living in big cities with a high cost of living, so he found a way to escape the crazy high rents Jason wanted to live in an inconspicuous mobile home he could feel safe in. Luckily, he found a vehicle that fit the bill on Craiglist: an old 2004 Ford E-350 box truck. 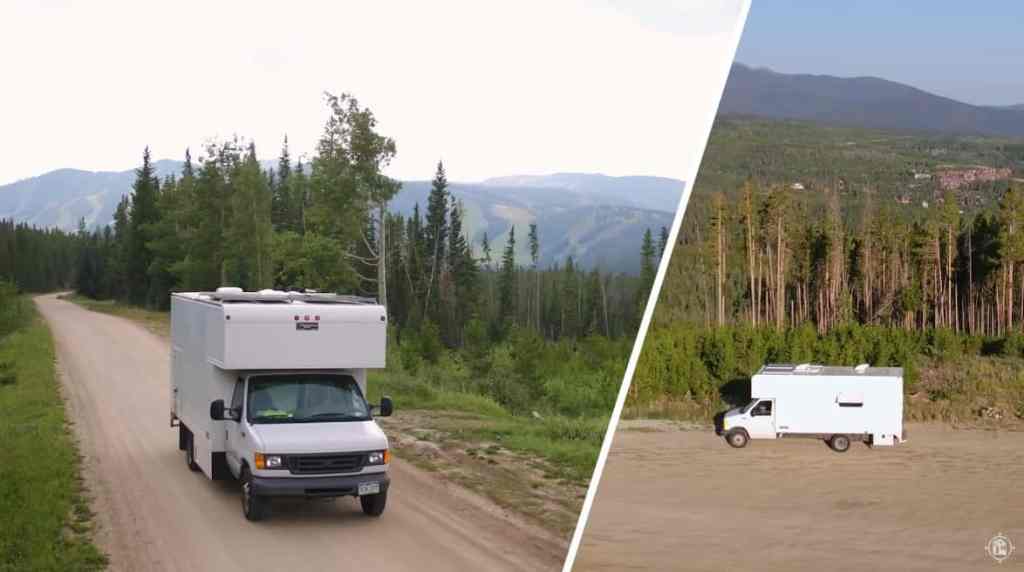 The van is 15-foot-long and 8-feet-wide. Even better, it had the pass-through from the cab to the back already installed, giving him a nice loft space. Jason did most of the build himself and hired a friend to take over the design and some of the intricate parts of the build.

Basically, he wanted an apartment on wheels that looked like a work truck on the outside so he could park it anywhere. Calling it the “Stealth Studio,” Jason moved into the mobile van at the beginning of 2021. 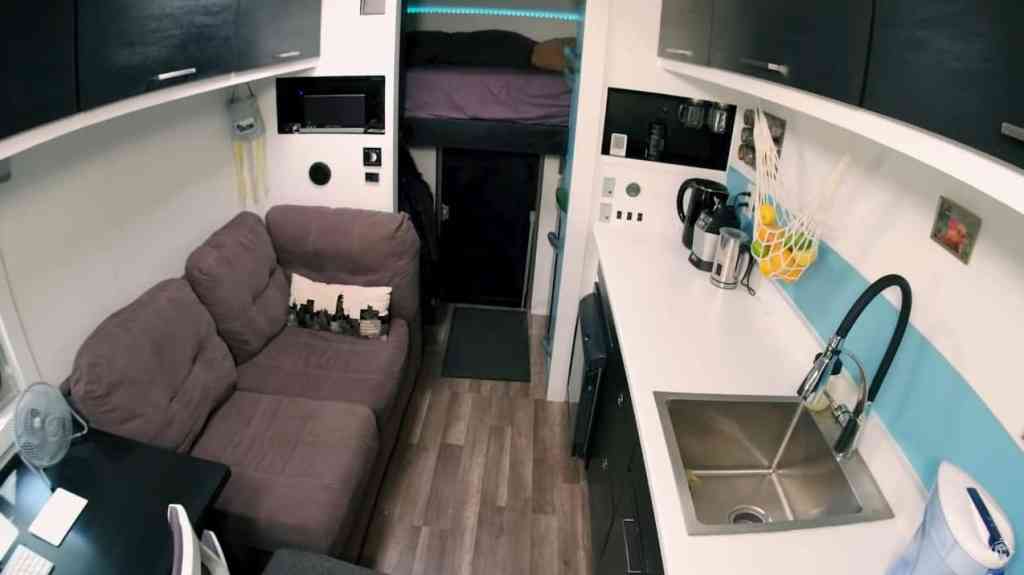 He’s been loving it so far because it allows him to live in the city without having to pay exorbitant rent. Jason usually parks for four to seven days at a period and rides his bike or takes public transportation around the city. Because he doesn’t drive the van all the time, the truck’s relatively low gas mileage isn’t a deal-breaker. 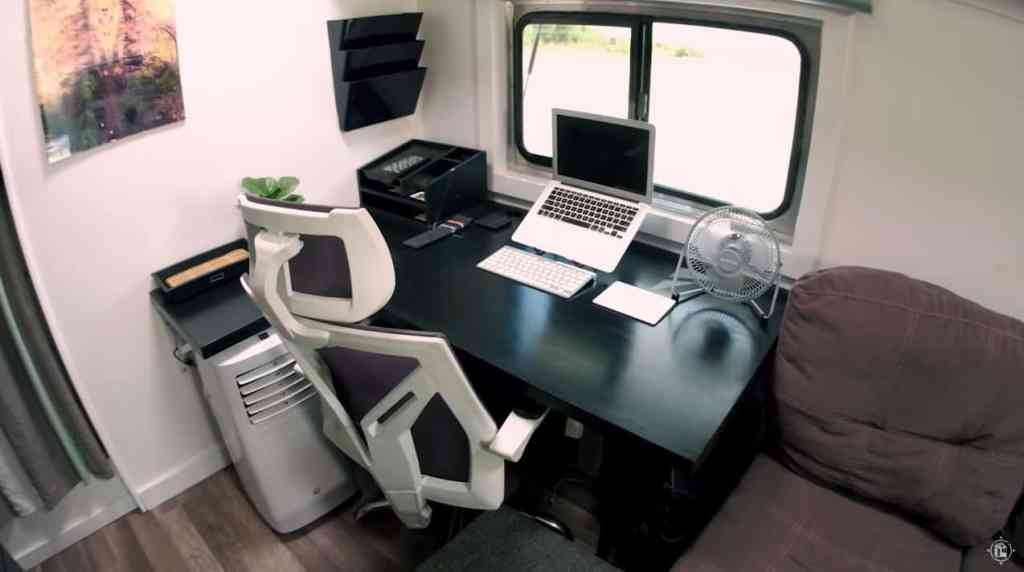 A 12-gallon fuel tank is mounted under the back of the vehicle, which Jason utilizes as a heater. When he’s in the mountains, he can get some natural light and enjoy the beauty outside through a window. Jason created the glass to look like a vent because the car is built for stealthy urban living. 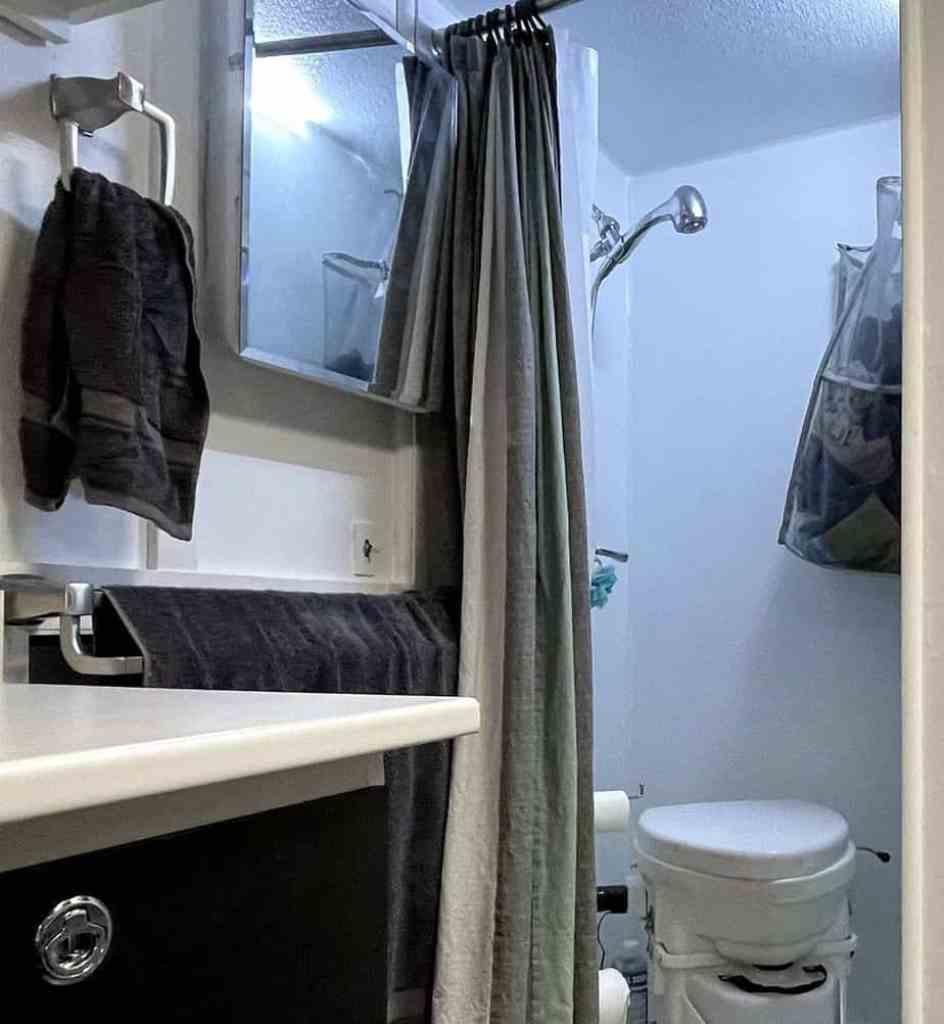 A pull-out closet is located beneath his bed. Jason likes to cook a lot, so he designed his kitchen to have a huge counter space with easy access to his most-used appliances. He also has a small fridge, a microwave, an induction cooktop, and a deep sink.

Check out Jason’s fabulous Stealth Studio in the video below.