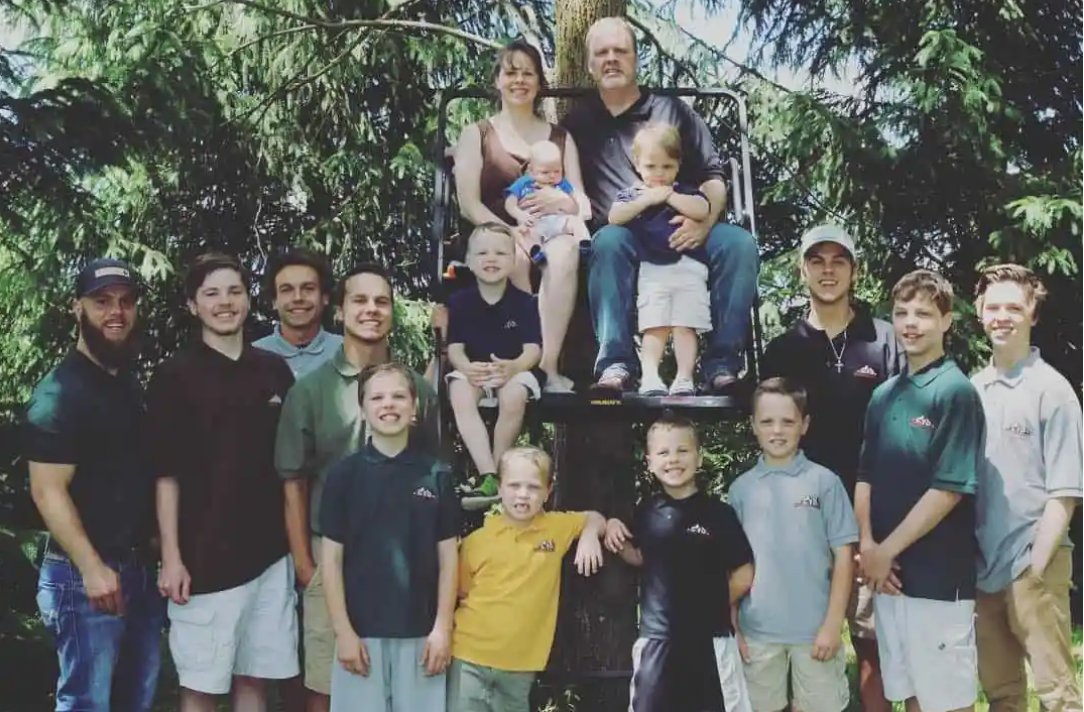 Have you ever waited three decades for something to happen and live to see it materialize? I’m sure only a few lucky people would say they have, including this couple from Michigan. Kateri Schwandt and Jay Schwandt, both 45, have a growing household. They have 14 sons, and they recently welcomed another bundle of joy in their lives – a baby girl they named Maggie Jayne!

The newborn was born at Mercy Health Saint Mary’s Hospital in Grand Rapids on November 5. She weighed 7 pounds and 8 ounces and entered the world with 14 older brothers to watch over her. Jay and Kateri couldn’t contain their happiness at the arrival of their new baby, especially because they thought they’d never have a daughter. “This year has been memorable in so many ways, for so many reasons, but Maggie is the greatest gift we could ever imagine,” Jay told the Detroit Free Press… 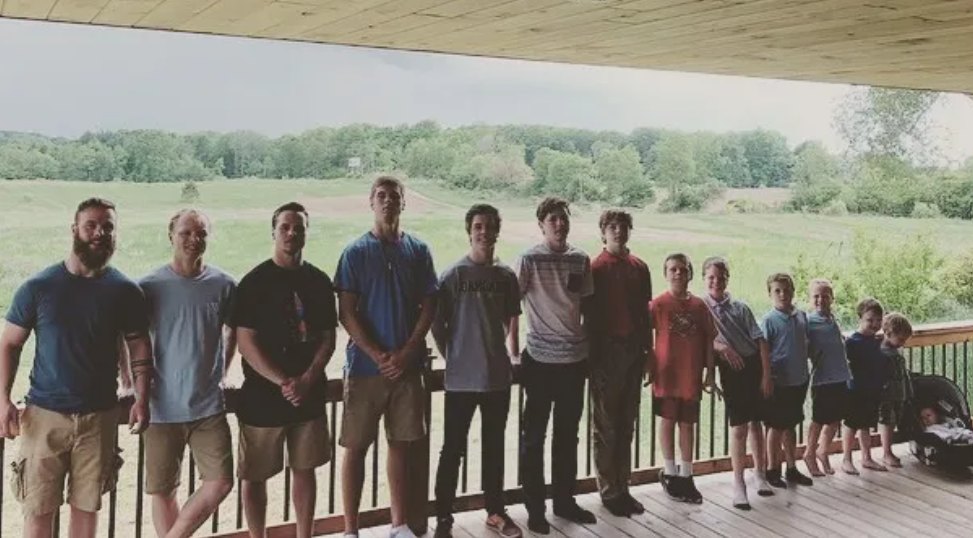 Maggie comes over two years after the Schwandts welcomed their first granddaughter, Luciana Joan, on June 14, 2018. Their third son, Drew—who was 21 at the time—and his high school sweetheart, Aniline Mellin, are the precious little girl’s parents. “I get a girl finally in the family, but it is a granddaughter, so I get to spoil her at a different level without the boys feeling it,” Kateri said at the time.

“I always wondered what it would be like to have a girl in our house. We’re about to find out,” Jay said back then. Now, they finally know what it’s really like! Tyler Schwandt, 28, their oldest child, said his parents weren’t too hopeful about getting a daughter, especially after having 14 sons consecutively. Due to the lack of females in their household, he wasn’t even sure if there were any pink items in the family home. 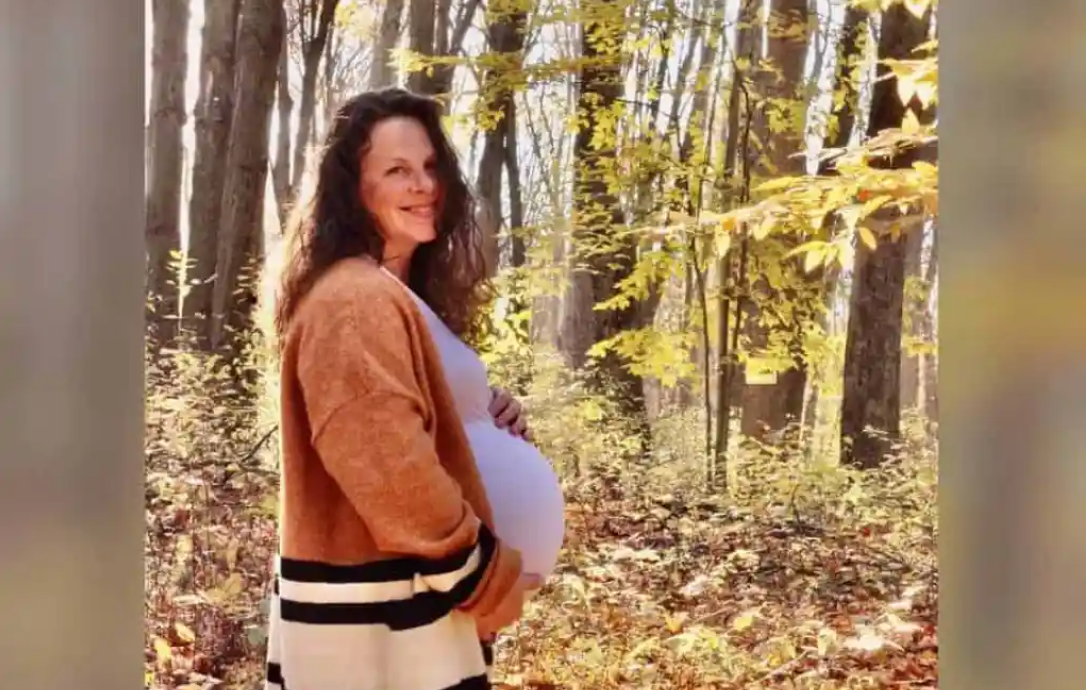 “I don’t even know if my mom owns any pink clothing — or anything,” he said. Tyler is engaged to be married and recently purchased a home 20 minutes away from his parents’ 200-acre farm. Kateri and Jay share a long history together. They began dating when they were freshmen, and both of them attended Gaylord High School and Gaylord St. Mary’s.

Before attending Ferris State University, they married in 1993. The couple already had three children when they received their certificates. Despite having a large family, the couple was able to pursue their dreams. Kateri graduated from Grand Valley State University with a master’s degree in social work. Jay is a land surveyor and has a law degree from Western Michigan University’s Thomas M. Cooley Law School. 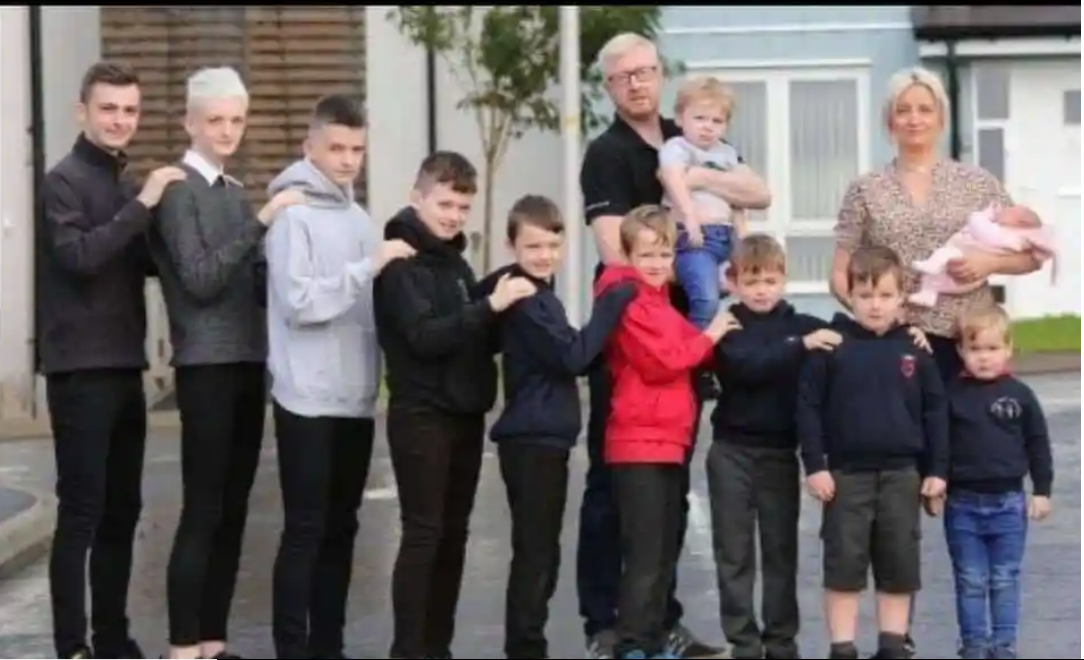 The Schwandt’s are accustomed to being the center of attention. As their family has grown, they’ve been featured in local and national press on a regular basis. They have a live streaming show named “14 Outdoorsmen,” which clearly needs a rebranding. Alexis Brett and her husband, David Brett, are a couple that had a similar fate to the Schwandt’s.

The couple, who are from Scotland, have ten sons. They were blessed with a baby daughter after 15 years! Cameron weighed 7 pounds 2 ounces when he came on August 27, 2019. Despite their joy with the arrival of their daughter, Alexis and David claim that trying for a girl isn’t the cause for their family’s size. 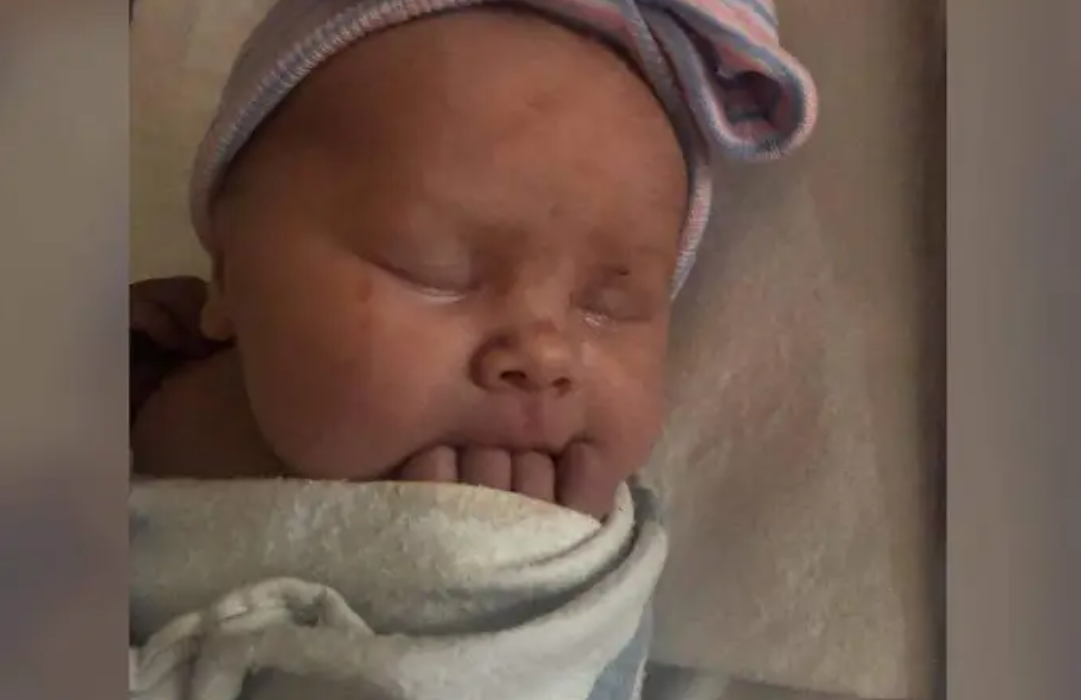 “We’ve been asked a lot whether we’ve had so many children because we were hoping for that elusive girl. But I can honestly answer no. Cameron wasn’t planned, but I was happy all the same, and if another boy had been on the way it wouldn’t have bothered me,” Alexis said.

We can only imagine what it’s like to have such huge families. But the one thing we’re sure of is that their homes are constantly filled with lots of laughter, joy, and love!