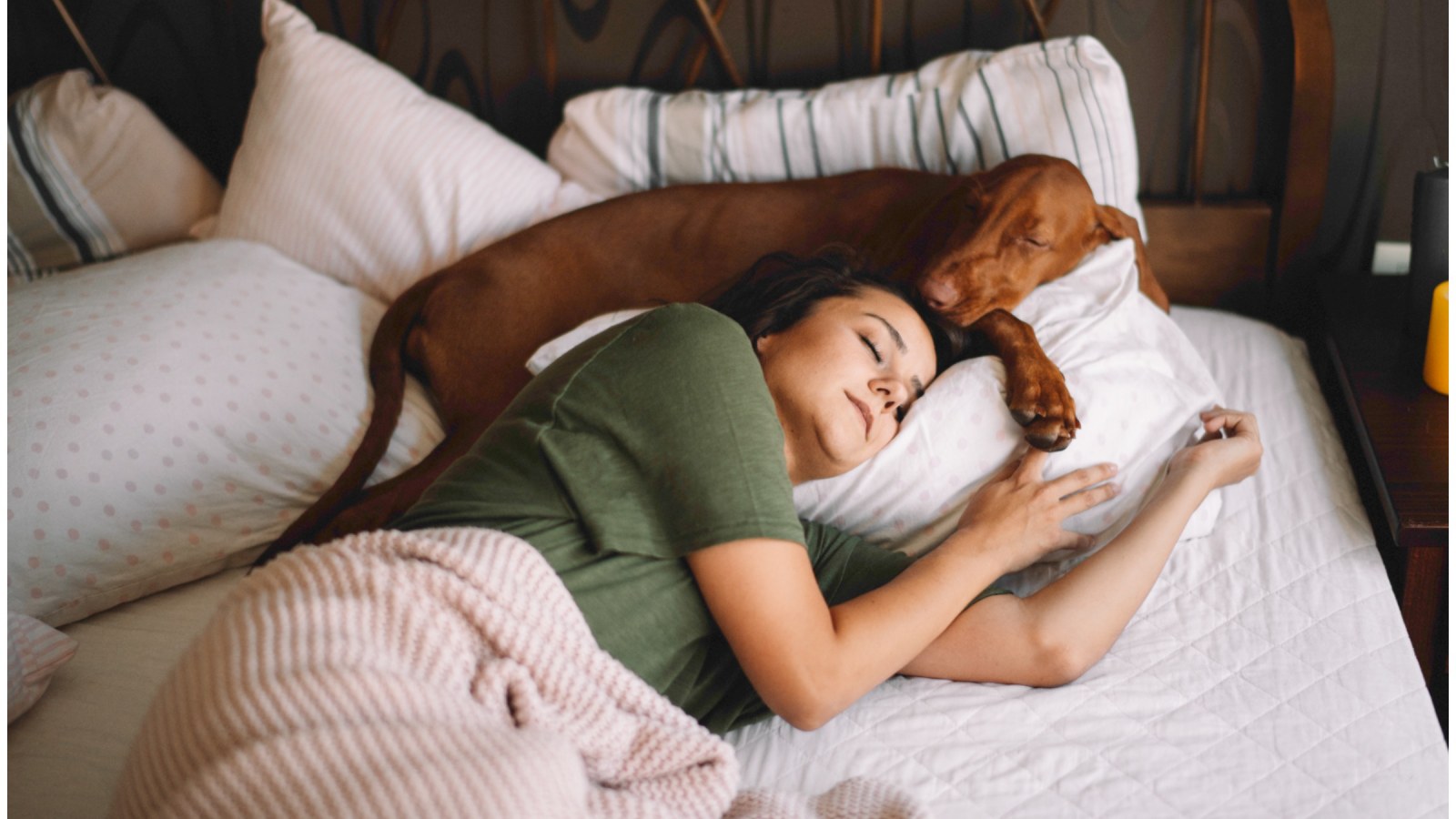 When Julie Thornton Johnson woke up in the middle of the night in her Tennessee home she noticed a dog snuggled up in bed with her and her husband. That is a pretty normal occurrence in her household as they have three dogs. Except the dog cuddling with them was a complete stranger! That fact became known when the couple woke up in the morning and noticed that the “big, brown and furry” intruder that had been laying on the pillows was “absolutely not” their dog…

Needless to say, it came as quite a big shock. “I rolled over and I stared at [at my husband] and he stared at me, and we were like, is this going to hurt us? You know, what do we do? Where did this come from?” Johnson told CBC Radio’s As It Happens. “Within a few seconds, we realized that we were fine and there was no harm. But it was a very weird couple of minutes waking up.” 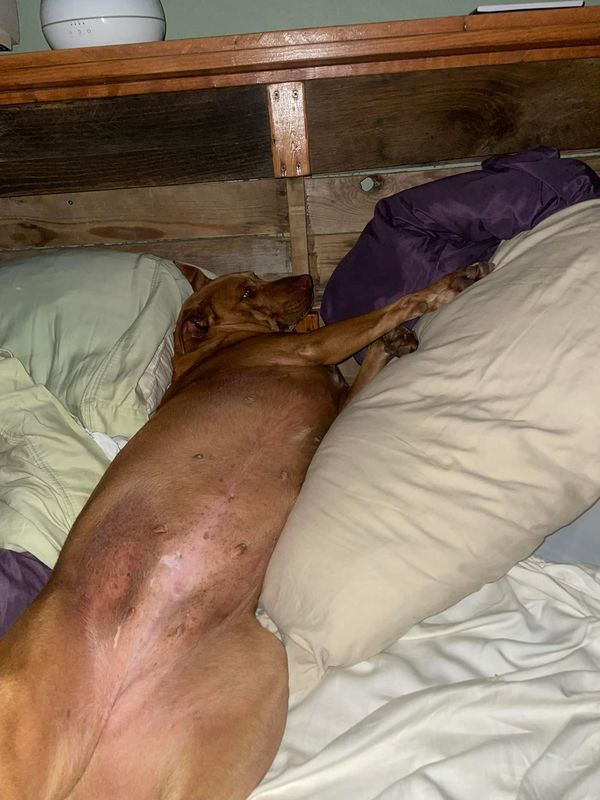 The pair saw that the dog was well-groomed, clean, and sociable. So Julie took to Facebook and posted, “It is perfectly usual in our house to wake up with one of OUR dogs in the bed with us.” One minor issue: THIS IS NOT OUR DOG, and we have no idea how she came into our house.”

“At first, we believed it was one of ours, but they don’t usually sleep on pillows!” In the dead of night, I just assumed it was. Didn’t we all?” “As daylight began to filter through our curtains, we realized we were snuggling with someone else’s dog,” she continued. This is the strangest post I’ve ever had to write. “Is this your pet?”

It didn’t take long to find the dog’s family – about an hour. Her relatives, who live a few doors away, contacted Julie and informed her that the Labrador-bulldog mix’s name is Nala and she has a “long list of Houdini tricks.” “Our overly friendly pooch, Nala, has set an all-time record for ignoring personal space and added yet another trick to her extensive list of Houdini acts,” her father, Cris Hawkins, subsequently said on Facebook.

“She slipped her collar yesterday while being walked, went down the street to a neighbor’s house, somehow got IN their house, and climbed into bed with them in the middle of the night,” he continues. The woman and her husband have three dogs that all lie in bed with them.

“None of their pets reacted to a stray dog coming into bed with them, and the couple didn’t know it wasn’t their dog in bed with them until the sun came up; shame on Nala for breaking into a stranger’s house and invading their personal space.” “Thankfully, the couple thought it was amusing, and they aren’t even unhappy about it,” Hawkins added.

Julie believes Nala’s conjuring extends beyond slipping into their home. She’s surprised that her three dogs didn’t warn her or her husband about Nala’s “break-in.” “I mean, if the wind blows in the wrong direction, they bark,” she explained to As It Happens. Nala was in no hurry to leave her new “home away from home.” When Nala’s mother arrived later to bring her up, she refused to leave her snuggling position.

“Nala seemed content with my hubby in bed. ‘Nala, come here, girl!’ her mother yelled from our porch. Mama has arrived!” Julie stated. To pull her dog out of bed, Nala’s mother had to come inside and go to the bedroom! Hawkins appreciates Julie and her husband’s “good sports” attitude toward Nala’s incursion and thanks them for “keeping her safe, treating Nala like your own, and making sure you got the word out for us to find her!”