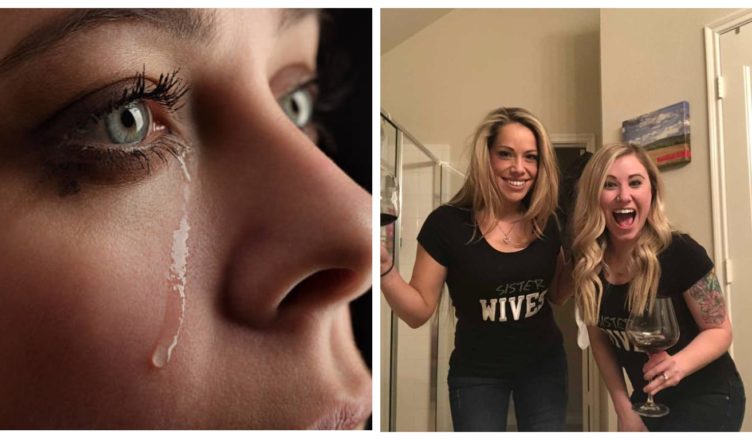 “At the start of Tony and my relationship, his ex-wife Amanda was not a fan of mine.” I was his first girlfriend after their divorce, and I’m sure she felt compelled to shield her children from my identity because she had no idea who I was. Lucas started playing soccer, so we were all forced to be together during those times. They were awkward because of the tension. Tony and my relationship grew and became more serious, so I felt Amanda and I should meet for lunch and try to work things out so we could all get along for the sake of the kids and move on with our lives without drama. So I texted her one day, and she, to my surprise, agreed. 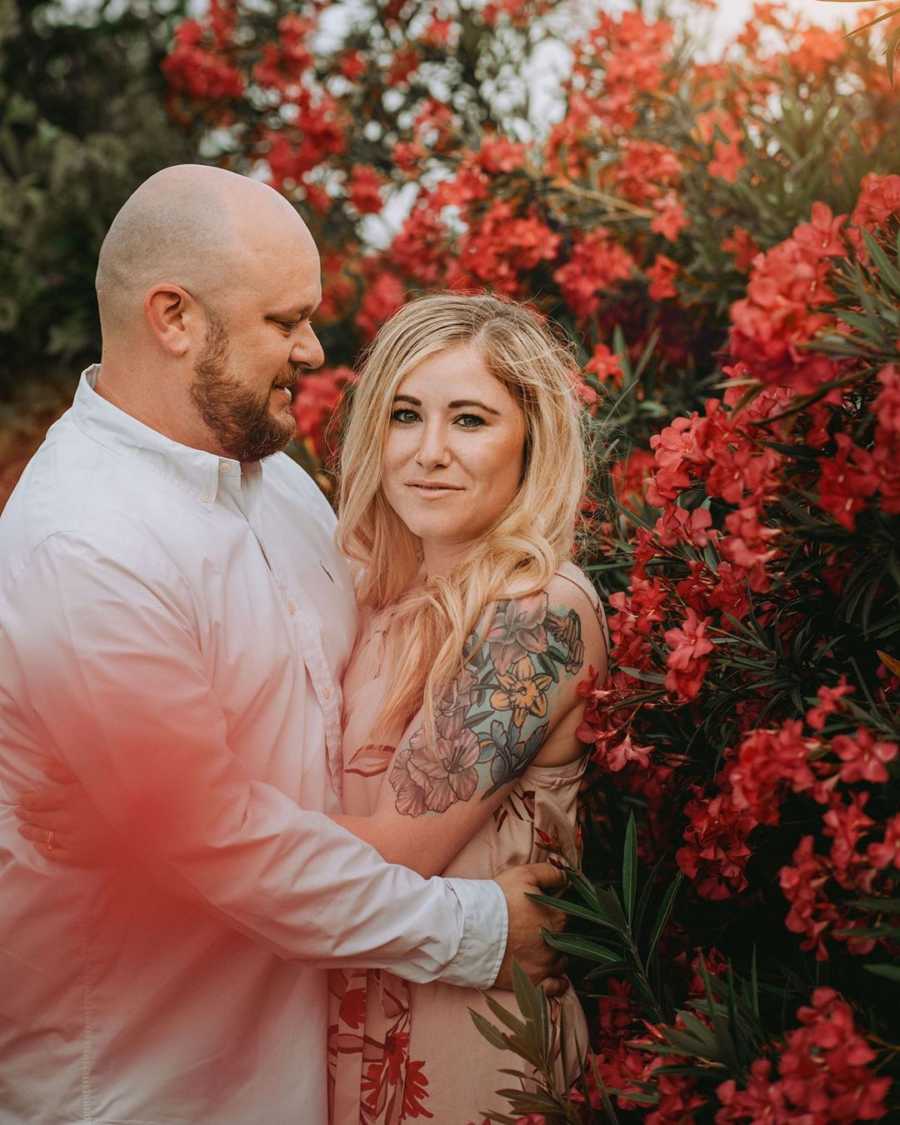 I remember being nervous before walking in because I had no idea what I was going to say to her – all I knew was that we were going to be in each other’s lives for the rest of our lives, so we might as well make the most of it. We went to lunch, and I told her, ‘I’m not trying to replace you.’ You are the children’s mother, and I have no intention of replacing you.’ ‘That was exactly what I needed to hear,’ she said. The rest, as they say, is history! We didn’t become ‘friends’ after that, but we were ‘friendly,’ able to greet each other at games and such.

After that, our relationship did not develop overnight. I wanted to smack her upside the head at times, and vice versa. We’re both very open about it because we know that people will look at our lives and our relationship and wonder, ‘Why can’t we have what you’ve got?’ It’s critical that we explain to people that things haven’t always been this way! We’ve been working on this for almost SEVEN years. I’d say our actual friendship began about 2-3 years ago; even two summers ago, we went months without speaking or getting along, proving that it can be up and down for us as well. 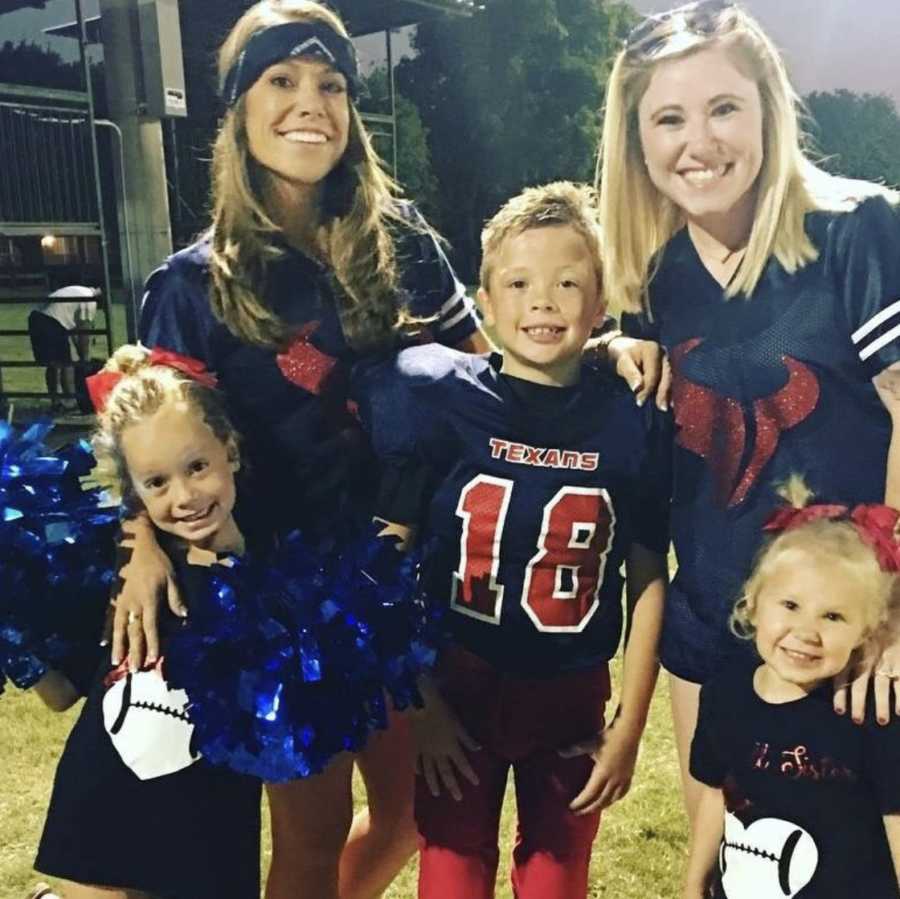 We’ve learned how each other works and how we’re wired because we spend so much time together. It’s been a long process of trial and error. Our communication has been the most important factor because how will we ever agree on anything if we can’t talk about and discuss major events in our children’s lives? We don’t want to be the family where one parent buys a phone for the child without first ensuring that the other is on board. That’s a big investment, and every parent should be on board with it. We know that each of us wants to be involved in major decisions, so we make it a point to discuss difficult topics right from the start.

For example, if she believes the kids should not be watching something at our house, we want her to feel comfortable approaching us and saying, ‘Hey, I don’t think they should be watching this, here’s why…’ and vice versa. Communication is essential! ‘I think the most difficult obstacle for us was trust.’ How can we learn to trust this person with whom my husband had a nasty divorce? If you’ve ever been divorced, you’ll know that it brings out the worst in people, especially when children are involved. And I know Tony and I both said hurtful things to Amanda, and I’m sure she felt no trust on her end as well. So, how do we get from here to ‘below zero,’ as I felt…

We had to start from scratch because there was so much tangled backstory. I know some people believe they will never be able to trust again. But Tony and I needed to build a new kind of trust. A different kind of relationship. Because this person is in our lives whether we want them to be or not. We see her several times a week for child-related issues. We knew that if we could all get along and be intentional about our relationship, it would be better for the kids and better for us. We weren’t acting; we were genuinely trying to develop and create a “new normal,” and I don’t think we realized what that looked like at the time. 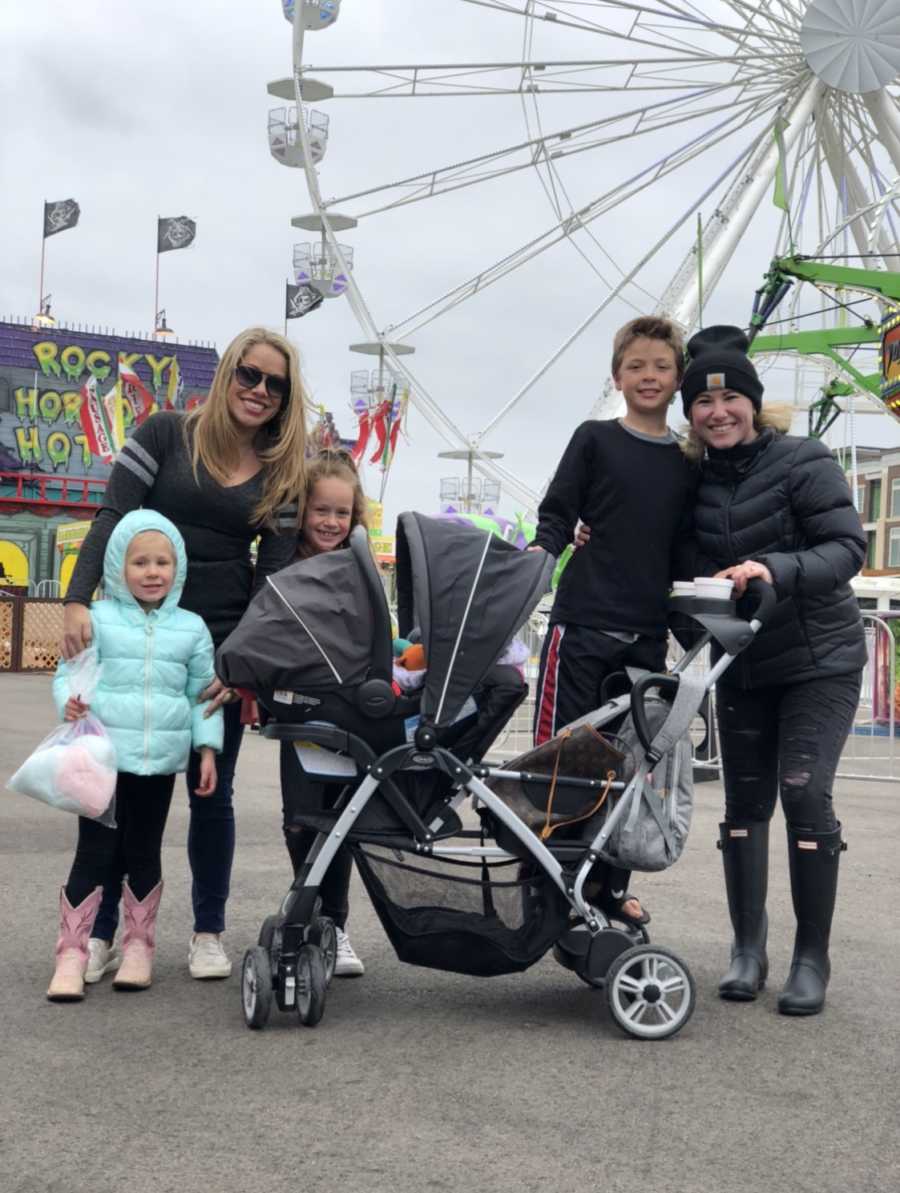 We only knew it had to be good for the kids. You know how the more time you spend with someone, the more you learn about them? We’d sit at our son’s practice and just talk… you know, girl talk… And then I realized, holy crap, I think I like this person. We got closer and closer over the years, and I honestly didn’t think we could get any closer than we were – until Amanda went through one of the most difficult heartbreaks I’d ever witnessed. She called Tony and I one day and told us she had broken up with her ex. ‘Take me to her house,’ was my immediate response. I could tell by her voice how badly it had knocked her out, and I needed to see her and make sure she was okay.

Tony drove me there, and we sat on her couch, and I held her while she sobbed because the man of her dreams was not who she thought he was. That summer was detrimental to our family. That summer, Tony and I literally assisted Amanda, our children’s mother – yes, his ex-wife – in picking up the pieces of herself. We walked with her through all of her dark days and were there for her in ways I never imagined I’d be there for my husband’s ex-wife. People stare at us and comment on how strange it appears that we are so close, but no one knows the trenches we have walked through as a family. We experience highs and lows in the same way that any normal friendship does. 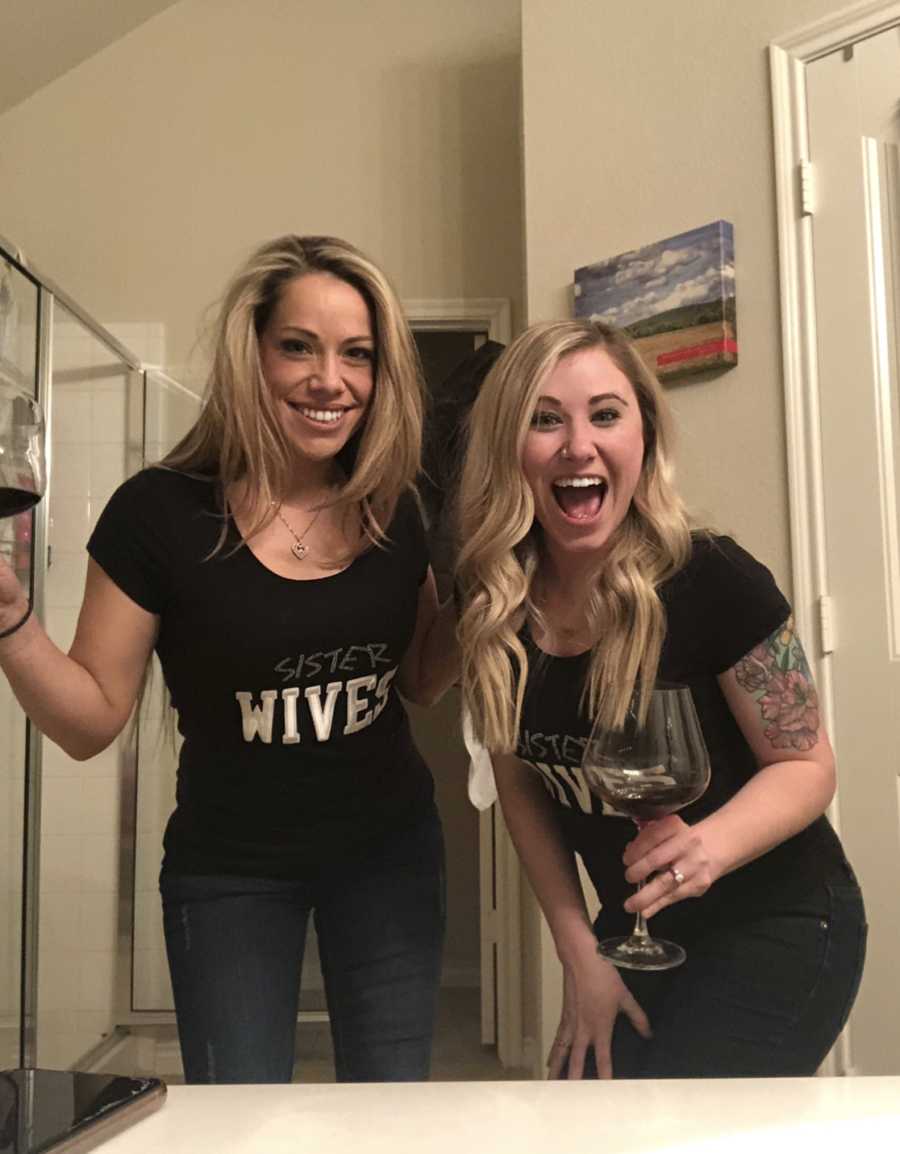 We experience both highs and lows together. I’ve had family members, friends, and strangers tell me how strange and unusual our family appears on the outside. But, to be honest, I don’t care. All that matters is that my children are happy and healthy. And all three of their parents are happy and healthy, allowing them to parent them much healthier, giving them a positive and better outlook. Their mother is a part of them, so she is a part of our family. Our family is not your typical, traditional family, but it is ours, and we are proud of it. We claim to have given the term “Sister Wives” a whole new meaning.

Amanda informs everyone that her ex-husband married her best friend. Of course, people have a million questions because, based on how close we are now, it appears that we have always been friends. But God does work in very mysterious ways. You know, 2 years ago I had two very close friendships end and it was heartbreaking to me. I would beg God to send me a new friend… all I wanted was the sisterhood and close bond that a close girlfriend provides. We didn’t get any closer until much later. “Everything I needed was right in front of me the entire time.”