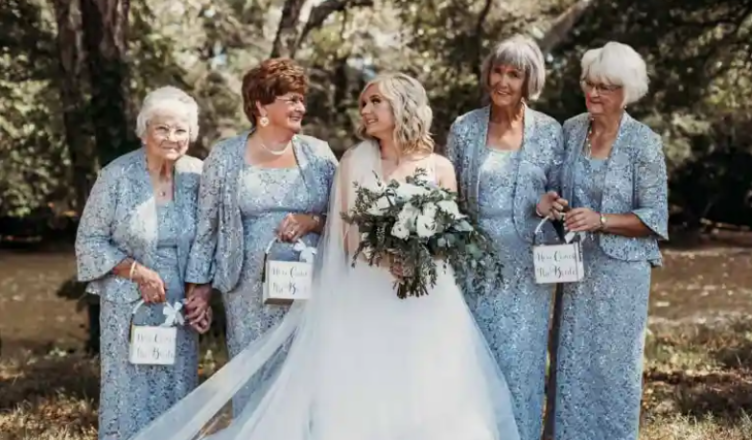 When wedding plans are made, small children are usually assigned the role of flower girl. While this is the norm, a couple who recently married decided to go a different route by having their four grandmothers walk down the aisle as flower girls! As a result, they now have the cutest wedding photo book ever! 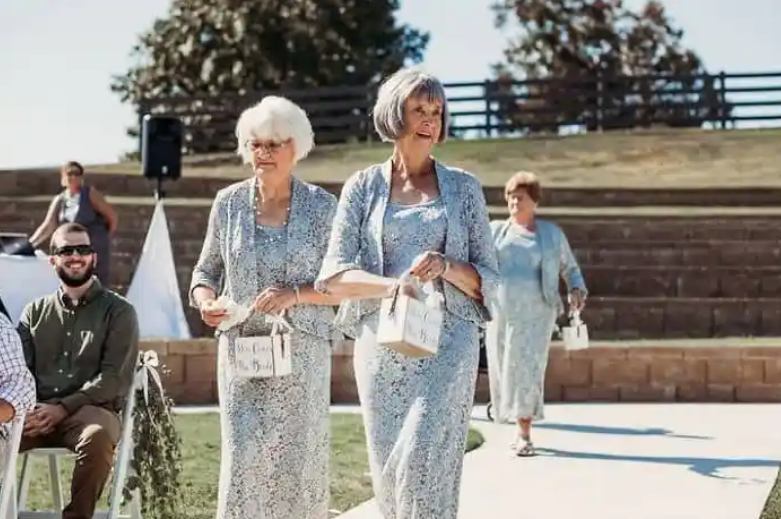 “I knew I wanted to involve my grandmothers as soon as I got engaged,” she told HuffPost. “I felt so blessed to have them all here, so I wanted them to be a part of it as well.” Lindsay and Tanner married in Benton, Tennessee, and while the couple looked stunning in their wedding gowns, their grandmothers looked equally stunning in matching grayish-blue dresses and jackets. Each of the four women carried a small white cloth-wrapped basket with the words “Here Comes The Bride” written in beautiful script on it. 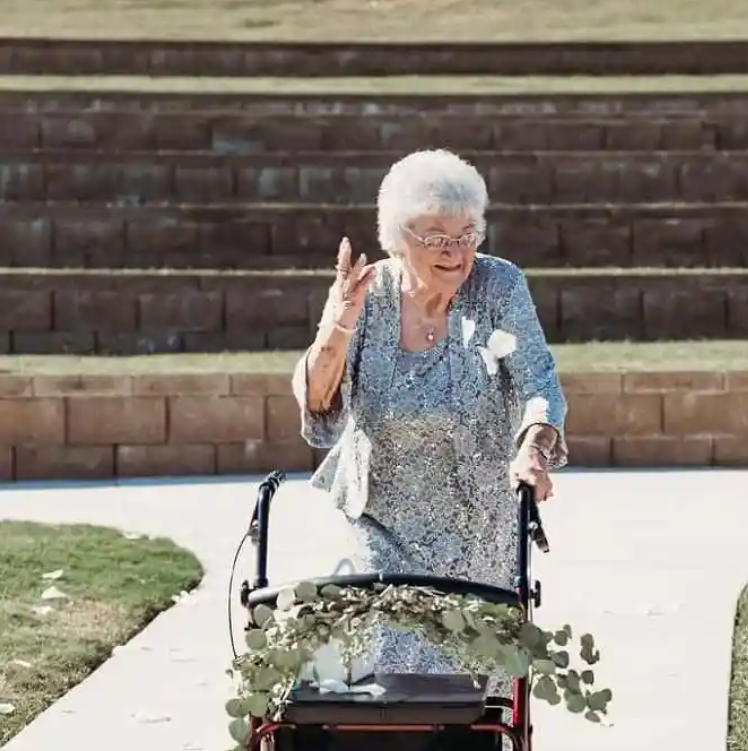 Aside from the details of their clothing and accessories, the beautiful smiles they wore throughout the wedding ceremony completed their look. Natalie Caho photographed the women, and the candid shots were the best because they showed how happy they were to be playing the flower girl role. They all walked down the aisle gracefully and confidently. Natalie posted images of Lyndsey posing with the four grandmothers from her wedding photo book on her Facebook photography page.

“I’ve seen a lot of cute flower girls in my day…. but these four gals take the cake,” she wrote in the caption. “I think they were more excited than my bridesmaids,” Lyndsey admitted. The bride said she got the grandmother idea after seeing something similar on Pinterest, which many brides use for wedding inspiration. Lyndsey hopes that now that her story has gone viral, it will inspire other soon-to-be-married couples to include their grandparents on their wedding day.

“It means a lot to them, and it means even more to you,” she said. Watch the video below and tell your friends and family about it!