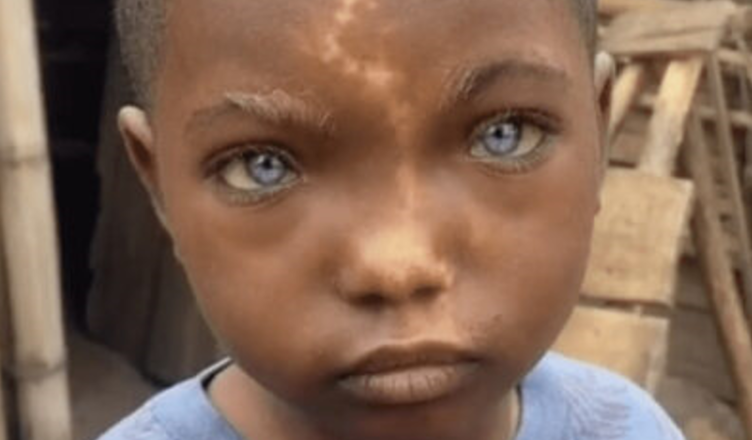 While each child is unique in their own way, we can all agree that this boy will make you stop! A video of a boy dressed as an angel is making the rounds on the internet. His eye-catching features are so appealing that people can’t stop staring at him (in a good way!). An angel boy from Africa is sweeping the internet for all the right reasons: everything becomes clear once you see how he looks. 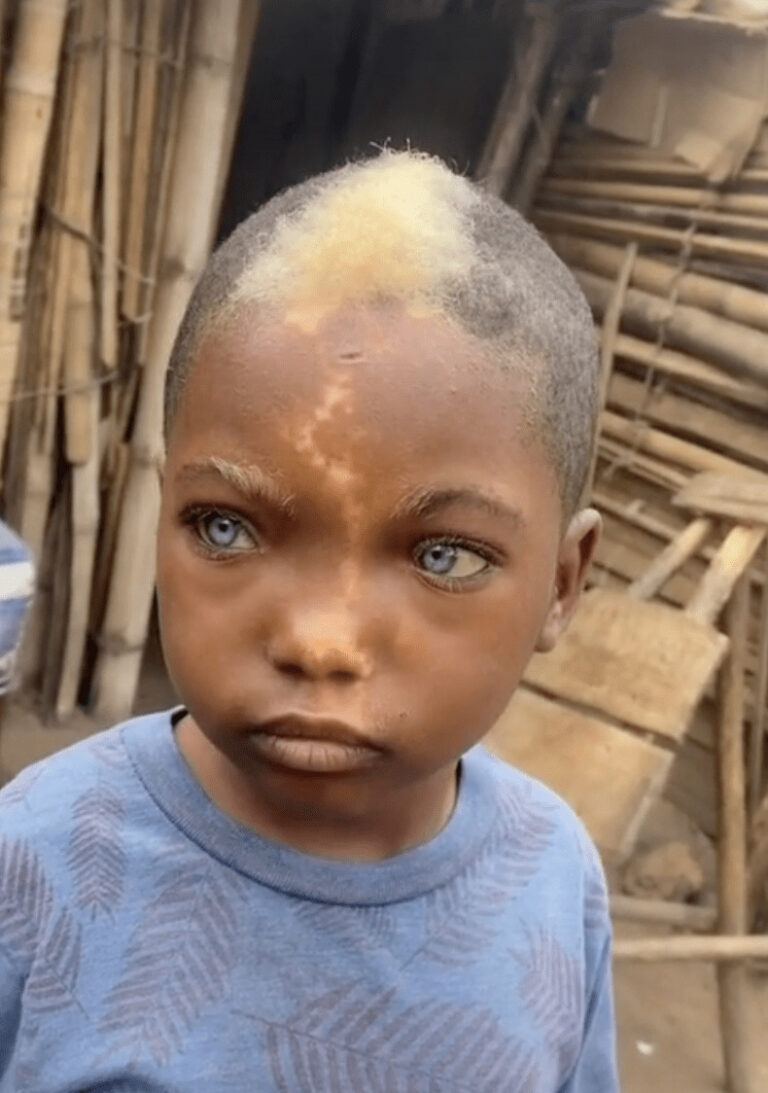 No one knows what this young man’s real name or age is, but everyone agrees on one thing: his blue eyes and lightning-like scar on his head that extends all the way to his mouth set him apart. Some refer to him as God’s sent angel. The first video shows him looking directly into the camera, and we are captivated by his enchanting appearance. The second video shows him staring at the camera while eating with a spoon.

According to his TikTok bio, the person who posted the video is Raoul Tsasa from the Netherlands. “He looks so unique,” Duc Nambouri commented on his TikTok video. He should not have to struggle to become a great actor. He is already noticeable in the crowd.” Another user commented, “He is a masterpiece of beauty,” which received over 5,000 likes! Another user, Brie Brie, used poetry to perfectly describe the little boy: “The Angel of lightening place in his body and his eyes are a beautiful ocean to stop fire he is so handsome.”

It’s impossible to deny that this young man is stunning. And we can already guess that modeling agencies are vying to sign him. Tonia Dion described her as having “sky blue eyes, a lightning strike across the face, and blond frontal hair.” What a stunning work of art. God is indeed magnificent. Another user, Jamie La Chaky, asked the viewers another question: “I believe he has Waardenburg Syndrome.”

Waardenburg syndrome, according to Medline Plus.gov, is a group of genetic conditions that can cause hearing loss and changes in the coloring (pigmentation) of the hair, skin, and eyes. Although most people with Waardenburg syndrome have normal hearing, one or both ears may experience moderate to profound hearing loss.