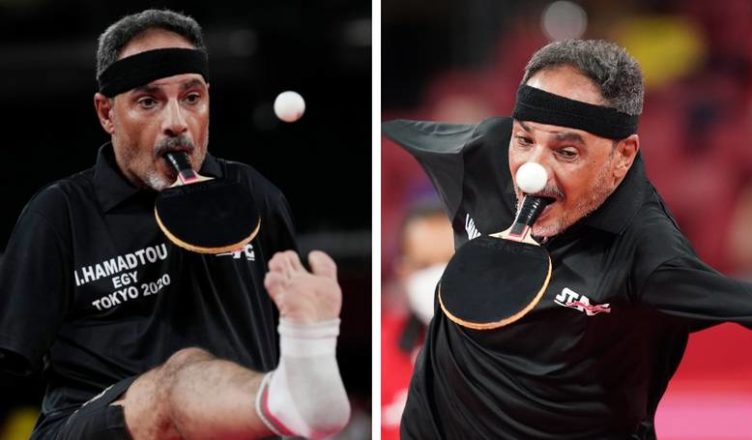 Ibrahim Hamadtou of Egypt was only ten years old when he was involved in a tragic train accident that resulted in the amputation of both of his arms. Children are resilient, and Ibrahim did not let his life-altering circumstances prevent him from playing, working, and eventually marrying and having three children. Oh, and did we mention he’s a world-class table tennis player?

“In our village, we could only play, at that time, table tennis and soccer — that’s why I played both,” Ibrahim told CNN. “It was logic to play soccer first due to my case; then I played table tennis as a challenge.” All it took was one friend’s snide remark to inspire Ibrahim to succeed at table tennis. “I was in the club where I was officiating a match between two of my friends,” he recalled! 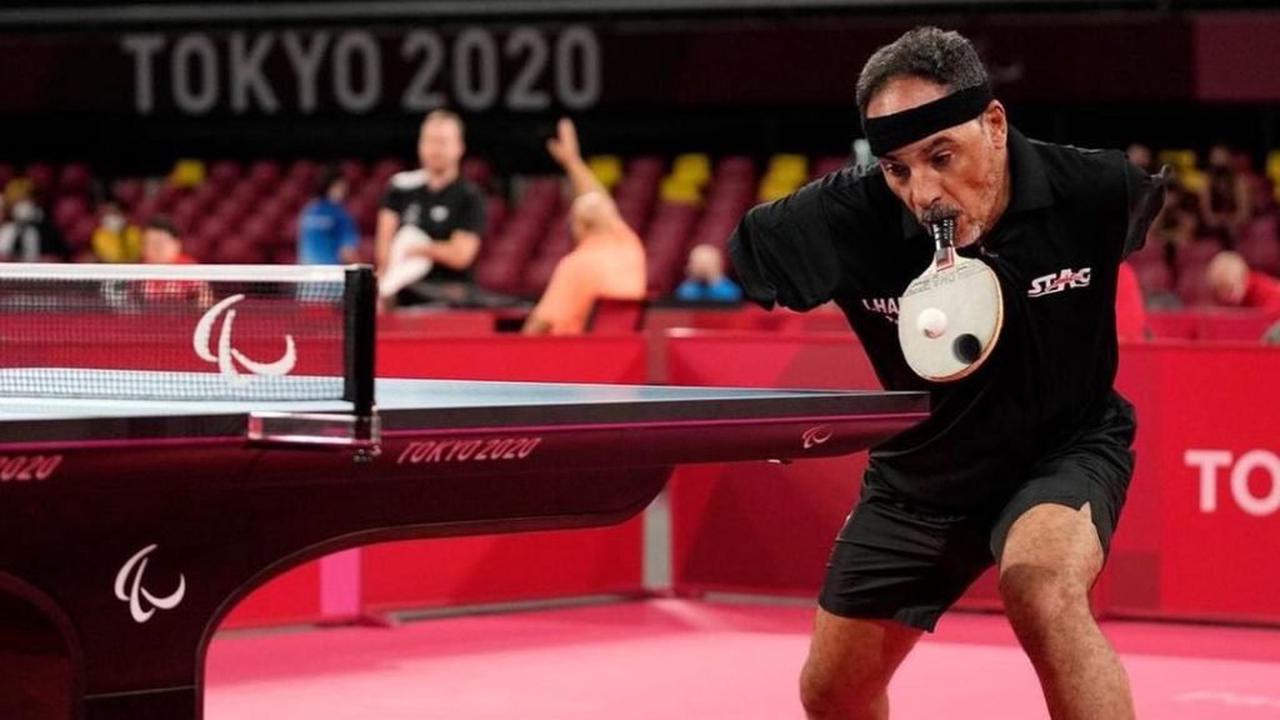 “They disagreed on a point, when I counted the point in favor of one of them the other player told me, do not interfere as you will never be able to play. It was that statement that fired me up to decide to play table tennis.”And play he did! Ibrahim has earned several honors throughout his career so far, including silver medals in the African Para Table Tennis Championships in 2011 and 2013.

To play, Ibrahim holds the paddle in his mouth and uses his foot to serve the ball. “It took me nearly a year of practice to get used to holding the racket with mouth and making the serve; with practice and playing regularly this skill was improved,” he said. This legend now competes against some of the greatest players in the world and has attended the last two Paralympic games. 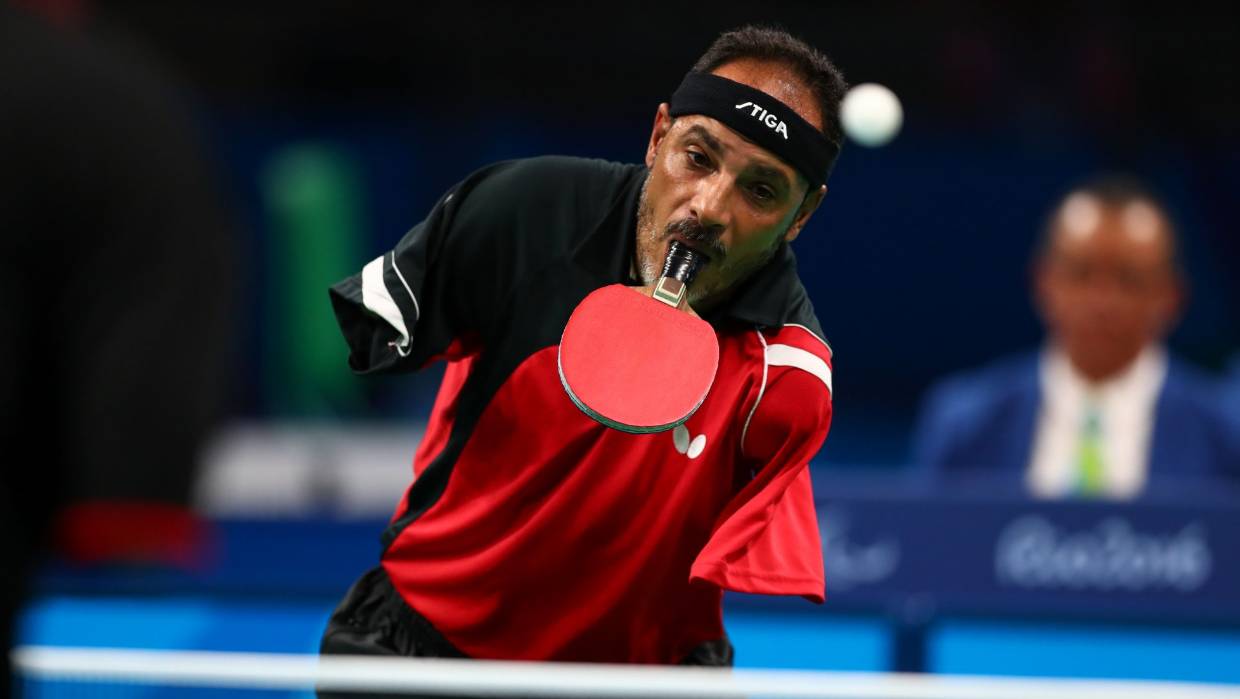 While he did not win against China’s Chen Chao at the Tokyo 2020 Paralympic Games, he has received international acclaim for his tenacity and incredible talent. That is a determined expression! Ibrahim is demonstrating to other people with limb differences that there is a place at his table for them. We congratulate him on his dedication and success in such a difficult sport!

See Ibrahim in action in the video below, and don’t forget to share his impressive story.