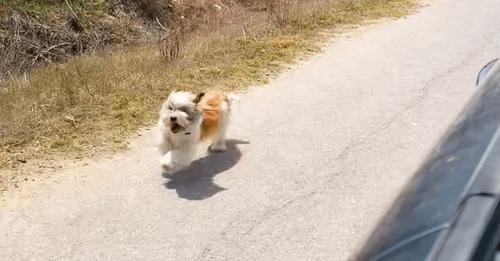 But Moxie couldn’t have been luckier to pop out when she did. That’s because some very kind souls, who were willing to make sure that she was loved and cared for, just happened to be there when she did. Martina was driving through the hillside in Spain when she spotted Moxie.

“We were in the middle of nowhere. It was just really odd because there was nothing for miles and miles and then suddenly this dog appears chasing our car,”.

Martina and her companion decided to pull over and pick up Moxie. They took her to the nearest village in the hopes of finding her owner. But no one knew who Moxie was. They went to a vet’s office later to see if she had a microchip, but she didn’t. So the only thing left to do was bring Moxie along with them. 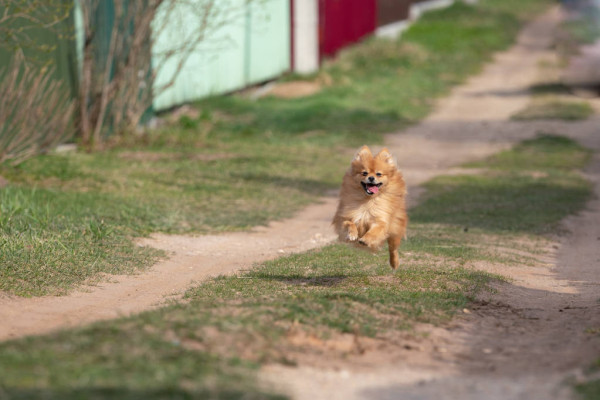 “We actually never had a dog before. We didn’t really know what to do,” Martina explained. “Her fur was completely overgrown. We were a little worried because we have cats.”

But Moxie was basically the same size as the cats so she fit in with them just fine. Or at least she thought so. “She was immediately in love with them. They weren’t too in love with her,” Martina explained.

They did, however, have one thing in common. Martina and her partner found them all as strays while traveling in their van. Her cats, Pixie and Dobby, were rescued from the streets of Greece, while Simba was rescued in Italy.

Once Moxie started accompanying Martina and her cats on hikes, the cats started welcoming Moxie as one of their own.