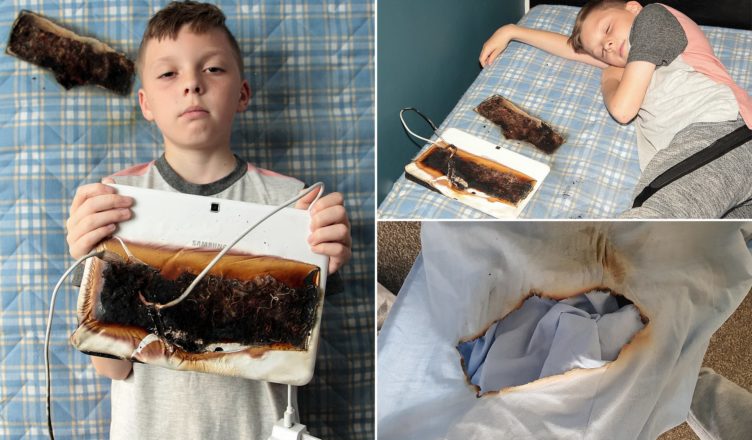 When it comes to electronic devices, people should exercise extreme caution. Lithium batteries are found in the majority of today’s phones and devices. If these types of batteries are overcharged, they can catch fire, according to Science Focus. A short circuit can occur if lithium builds up on the negative electrode.

It was a close call. After a little youngster apparently averted injury, the Staffordshire Fire and Rescue Service has issued a gadget safety warning. The 11-year-old youngster had left his iPad to charge overnight, but the gadget had burned through his blankets and mattress at some point! The boy’s father alerted firefighters to report the situation. Fortunately, the bedding smothered the fire rather than ignited it, which was what kept the boy safe. It was discovered that the tablet, which was connected to its original manufacturer-issued charger, became hot while it was plugged for hours.

The gadget then burned through the bedding and the mattress, all the way down to the springs. The boy woke up the next morning to discover a hole in his bed. Firefighter Brad Robins urged people to place phones and tablets on a safe surface when charging. It’s also important to have smoke alarms and make sure they are working properly so they can alert you to any danger. Other harmful effects of gadgets on kids. Apart from fire safety, there are other reasons why parents should always monitor children’s use of these electronic devices. According to WorldVision, excessive use of mobile phones, tablets, and so on can lead to physical and mental repercussions in children. One study even discovered that children were more likely to become overweight and develop seizures or vision problems when they spend too much time on gadgets.

Parents should always teach and model good habits when it comes to the use and storage of electronic devices.