One of the goals of parents is to keep their children safe, so seeing their kids in harm is one terrible nightmare for them.A mom was with her three kids, waiting for their Uber just outside Chuck’s Gas Station in broad daylight.

Eventually, the mom noticed a suspicious man was staring at her and her kids. After a couple of minutes, he grabbed one of the kids by the arm and demanded the woman to give her children to him! 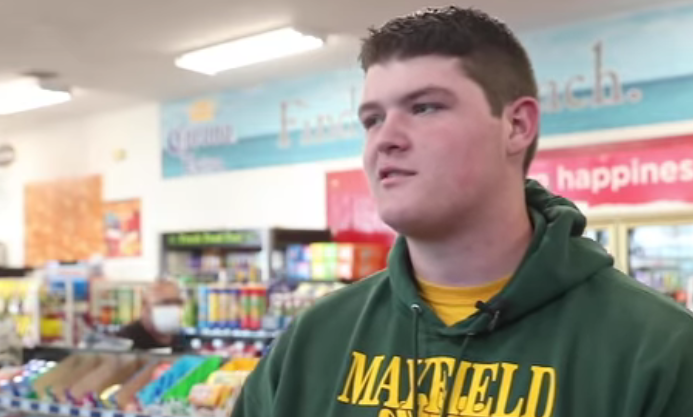 After trying to fight the man, the woman took her kids and rushed them inside the gas station’s store where the staff members and bystanders tried to help her!

When one of the strangers stood in the path of the man entering the store, the man forced his way inside and overpowered the stranger who tried to assist him.

When student-athlete Canaan Bower spotted the ruckus, he was barely across the street. He didn’t give it much thought at first, until the woman started screaming.

Canaan entered the store and saw the suspect trying to break into the storage room where the woman and the kids were hiding so he grabbed the man and took him down to the floor and pinned him down.

Bower admitted that he was worried if the man was keeping any weapons on him but that didn’t stop him from saving the family. He held him down until sirens were blaring right outside the store. The cops came in and captured the suspect.

When his heroic deed got heard by people, Canaan got recognition from UFC president Dana White and mixed-martial arts champions Henry Cejudo and Jorge Masvidal, and in April, he was recognized as the USA Wrestling Athlete of the week.