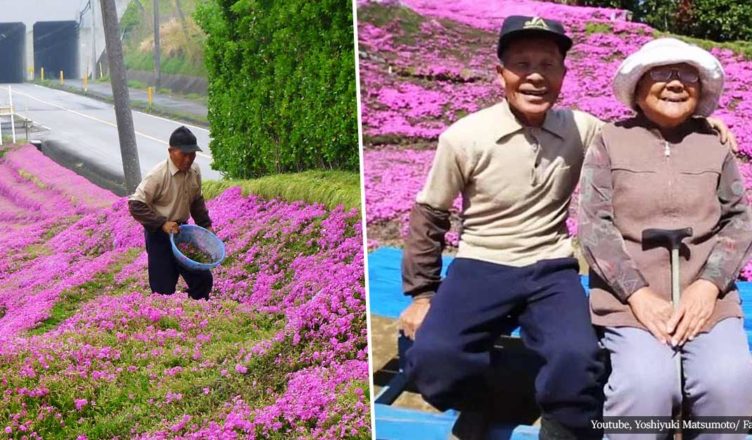 Mr. and Mrs. Kuroki raised two gorgeous children while working as dairy farmers in rural Japan. However, tragedy struck when Mrs. Kuroki lost her sight owing to diabetes problems. Soon after, their marriage grew sour as she became increasingly despondent and distant, isolating herself in the family home.

Mr. Kuroki was struggling to find a way to cheer up his one true love when he had a brilliant idea: he would establish a beautiful flower garden where she could smell them and be enticed to go outside. After two years of hard work and millions of blooming flowers, the private farm now attracts visitors from all over the world who wish to see this true love story!! And if our word is not enough – check the photos of the cute couple and their blossoming love below. She and her husband moved to this dairy farm shortly after they got married in 1956. They raised two children and lived a happy life until something went wrong with Mrs. Kuroki’s sight. A week later, she was blind due to complications related to diabetes. Depressed, she began to withdraw and stay indoors. Concerned about his wife, Mrs. Kuroki struggled to think of a solution. And then he began to plant flowers. Thousands of scented flowers over two years. Slowly, Mrs. Kuroki emerged from her shell to enjoy the garden. Now, she smiles every day. Watch this lovely couple in the video below: