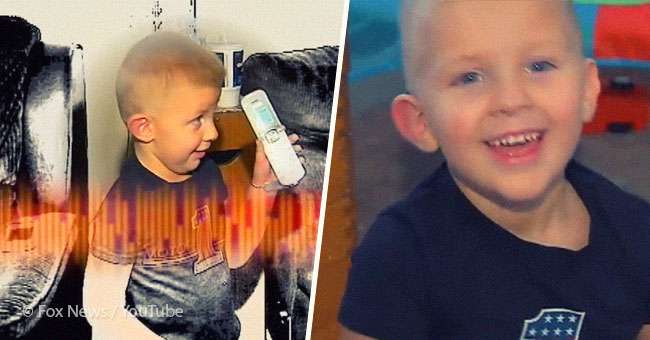 How to react in a dangerous situation is one of the most critical lessons a parent can teach their children. And what this three-year-old youngster did showed that he had been well-trained!

Guy is an autistic little child who quietly dialed 911 when his mother was in danger. Despite his inability to communicate with the 911 operator, he remained calm and focused until they understood why he was calling. Earlier, his mother had collapsed on the floor due to having a seizure and it was up to Guy to get help. And the young man did a fantastic job. In a video interview set up by FOX News, the little boy showed the host exactly how he grabbed the phone to place the call. His mom revealed that she had no idea what really happened and it was not until she woke that she realized what Guy had done. We imagine his adoptive parents were extremely grateful that this child came into their life. Despite his speech delay, he was able to come to the family’s rescue. In fact, his mom was really surprised at how clearly Guy spoke to the dispatcher. Other people thought Guy was pretty impressive, too. The local fire station honored him for his bravery and he even got to hang out in their fire truck. But what Guy really wants to be when he grows up is a doctor. And having saved one life already, we bet he will go on to save many more.