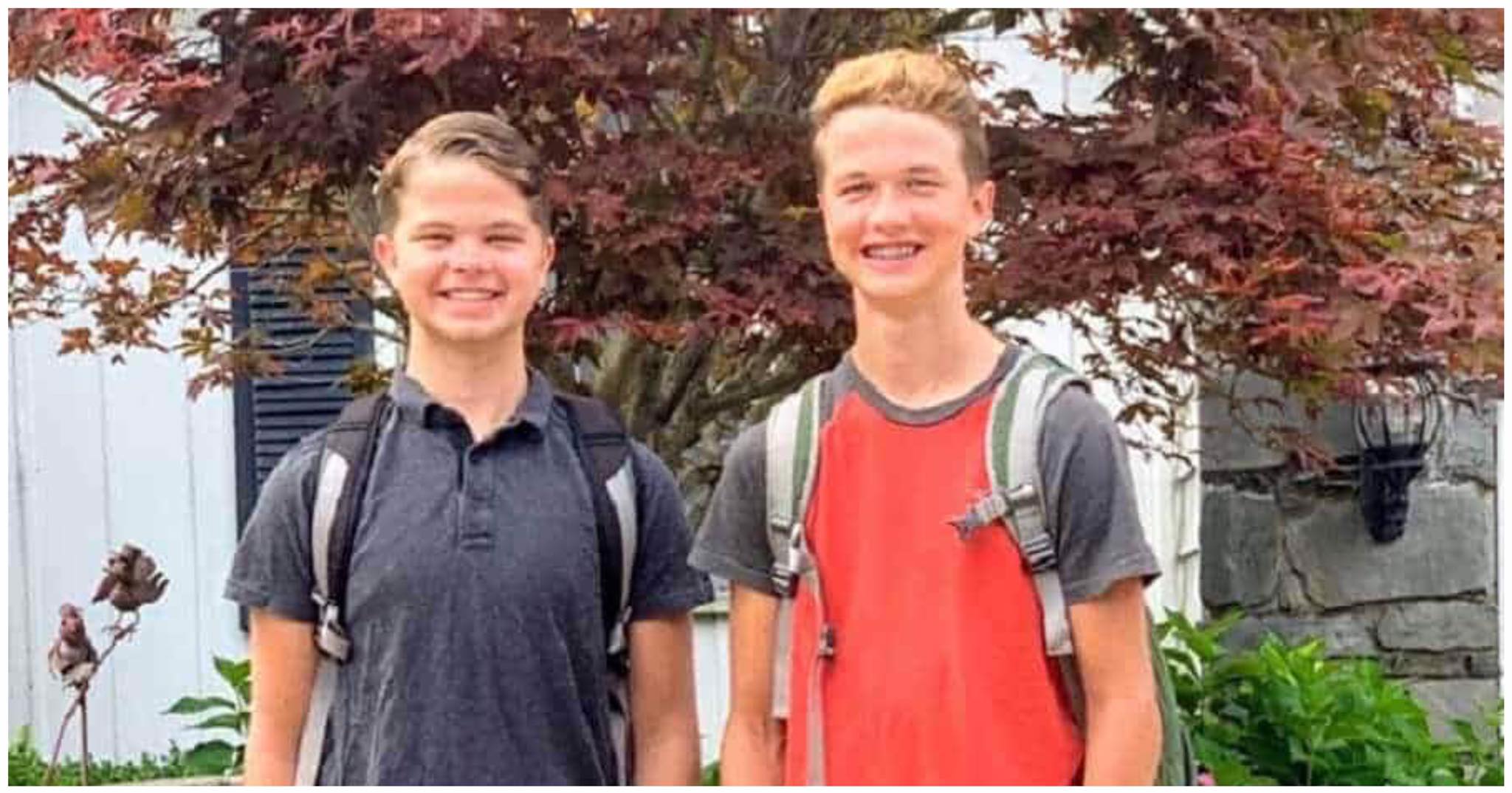 As a society, we’ve come a long way in dealing with gender and race discrimination issues. However, when it comes to the subject of menstruation—a natural bodily process—many people still view it as a source of humiliation!

Periods have long been a taboo topic, and it’s about time we change it. This mom of four from Fort Wayne, Indiana, is making sure that periods are normalized, and she’s starting at home with her two teenage boys. Blogger Tara Ahrens convinced her two sons Elijah, 17, and Micah, 16, to carry a tampon and a pad on their backpacks in case a female friend would need them!

She explained that “bleed-throughs happen” and that they can be “mortifying” and “traumatizing” for the girls who experience them. At the time, Elijah and Micah mostly remained quiet but appeared to think it over. But later that year, one of Elijah’s friends had a bleed-through. All of her friends had tampons, but this girl was only allowed to use pads for some reason.

After that incident, the teen took it upon himself to make sure that he and Micah had period supplies in their backpacks in case something like that happens again. Micah told all his close female friends that he keeps a sweatshirt in his locker and a tampon in his backpack for when they need it!

“You know, in case you have an emergency,” he told them. “My mom wanted you to be covered.” Micah said the girls appeared embarrassed at first but eventually accepted his offer. On the other hand, Elijah told all of his friends about it, both male and female. Unfortunately, a few boys made fun of him, but most of them found the gesture cool.

Of course, his female friends were much more receptive and even advised him to keep a stash of period products in his car. The proud mom explained what prompted her to start this conversation with her sons. Last year, she read an article about a man on the Appalachian Trail who gave a woman who had bled-through a tampon from his backpack.

The man said it was no big deal because he grew up with his mom andTara also took Elijah and Micah bra shopping for their younger sisters to help normalize the female anatomy around her sons. Last year, she shared a photo of them in the women’s underwear section at Target in a Facebook group called Pantsuit Nation, where it has since garnered over 65K likes.

“My teenage boys helped me shop today, which included buying their little sister’s first bras… because breasts happen,” she wrote in the caption. Thousands of commenters praised the two teenage boys and shared their own period horror stories. Many of them said they would have loved to know people like Elijah and Micah in school.

Others applauded the mother for teaching her sons to value women in their life. sisters. Tara was moved by the narrative. “As you normalize these topics in your own family by discussing them on a regular basis, they will become normal to your children as well.” It is my desire that children of all genders, including transgender children, will be encouraged to participate in sports.

I want my boys to know that if they ever need period supplies, they can come to me. “However, it is my greater hope that these tiny actions will transform the way students in our high school approach and view the subject,” Tara wrote.

Indeed, if we want to see a change in the world, we should first start in our own homes. And this story is the perfect representation of that. Don’t forget to share with your friends and family!

On This Day 7 Years Ago, I Fell in Love With My Ex-Husband. What happened with this couple?