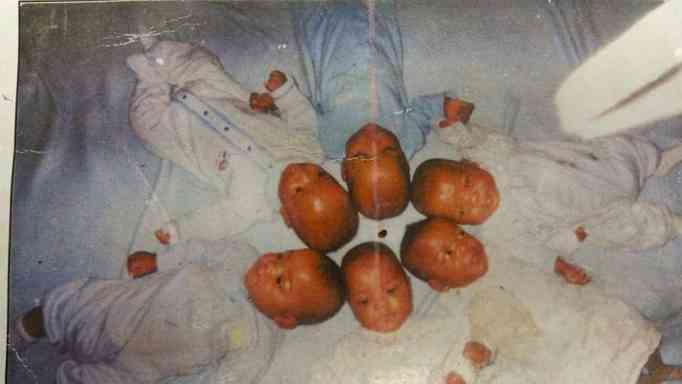 Being a parent is a beautiful experience, but there’s no doubt that it’s also one of the world’s toughest jobs. Diamond and Chris Harris can certainly relate to this, for they have successfully raised sextuplets!

The Harris siblings—Kiera Christine, Kaylynne Antoinett, Kaleb Reddick, Kobe Byshari, Kieran Anthony, and Kyle Jacob—are the first-ever surviving set of African American sextuplets in the country. They recently celebrated another milestone, as all of them just finished their senior year at Center Point High School in Birmingham, Alabama!

When Diamond and Chris decided to start a family 18 years ago, they were only hoping for one more baby. Diamond’s first child from a previous relationship, Dewayne, was five years old at the time, and the couple wanted him to have a sibling. Two years into their marriage, however, they struggled to get pregnant.

They consulted a fertility doctor who prescribed Diamond a hormone and told them not to get their hopes up too much. The fertility drugs worked and—as they would later find out—did so much more than expected.

When Diamond went to the doctor for a test after discovering that she was pregnant, she was told that she was having twins. However, a sonogram revealed that five babies were actually growing inside of her.

A few months into her term, Diamond developed a blood clot on her lung, and she had to stay at the University of Alabama Hospital. 26.5 weeks later, on July 8, 2002, she had to undergo a C-section as things were getting tough.

Only then did her doctors learn that she was having six babies.When the babies were born, they each weighed between 1 lb. 3 oz. and 1 lb. 12 oz., the average weight for premature babies. They had to stay in the hospital for over three months before finally being allowed to go home.

Fast forward to 2020, the odd-defying siblings are officially high school graduates! Although they feel proud of their children, Diamond and Chris admit that they felt a little emotional during the big day.

“The morning of the ceremony, I sat in bed looking at their baby pictures and felt depressed,” she told Today. “It’s going to be too quiet.” “These kids have been my life for almost 18 years. They have been my reason,” Chris, 46, added.

“I keep reminding myself it’s just going to be different, but everything will be OK.”It’s going to be difficult seeing them leave home, but the parents take comfort in the fact that the six will come back from time to time to do their laundry.

They’ll all go to Alabama to pursue their schooling. Kiera is pursuing her cosmetology degree at Lawson State Community College. Kaylynne will attend Alabama State University to pursue a physical therapy degree, and Kobe, who wants to play college baseball, will also attend.

Both Kaleb and Kieran will pursue computer science and art at Alabama A&M University, respectively. Kyle, who suffers from autism, will enroll in a life skills course. This isn’t the Harris family’s first major transition. In the year 2012, there were. Diamond explained, “Chris and I are best buddies.” “I’m a big fan of his wife as well.” I’m always talking to her. ‘She’s my wife,’ I said to Chris the other day.

”Since the two have maintained a good relationship, the sextuplets still get the best of both their parents. They’ll be packing up their rooms in August, and Chris said that what he’d miss the most once they leave for college is doing projects with them and Monday pizza night. Diamond, on the other hand, will miss listening to the teens conversing in their own “special” language.

“No one else can understand what they’re saying,” she explained. “I’ll be like ‘Slow down, enunciate. And they look at me all confused, like ‘How did you not catch that?’ It’s been that way since they started talking.” Their kids will miss them too, for sure, but it’s time for them to embark on a new chapter. Good luck with college, Harris siblings!