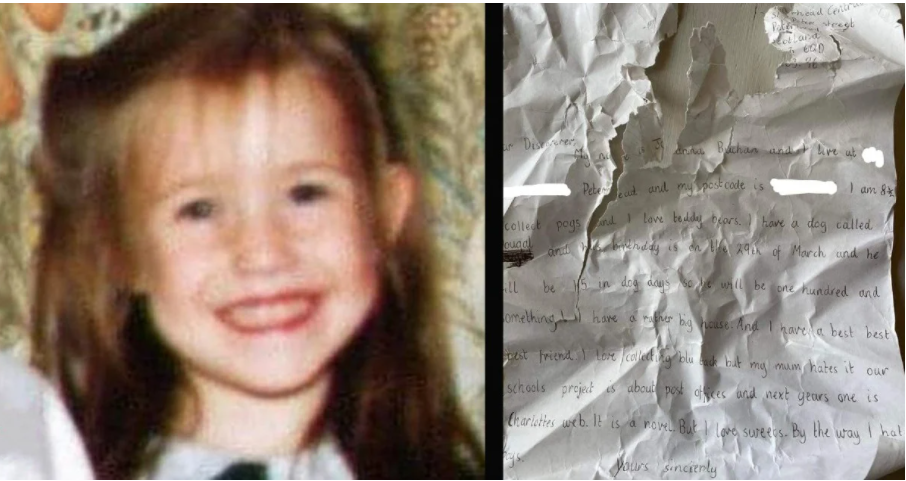 In 1996, Joanna Buchan was only eight years old when she took part in a school project. The students wrote letters and placed them in pop bottles. The class dumped these bottles into the sea from a fishing boat off the coast of Peterhead, Aberdeenshire, Scotland. Joanna gradually forgot about the class assignment as she grew up and became a doctor. 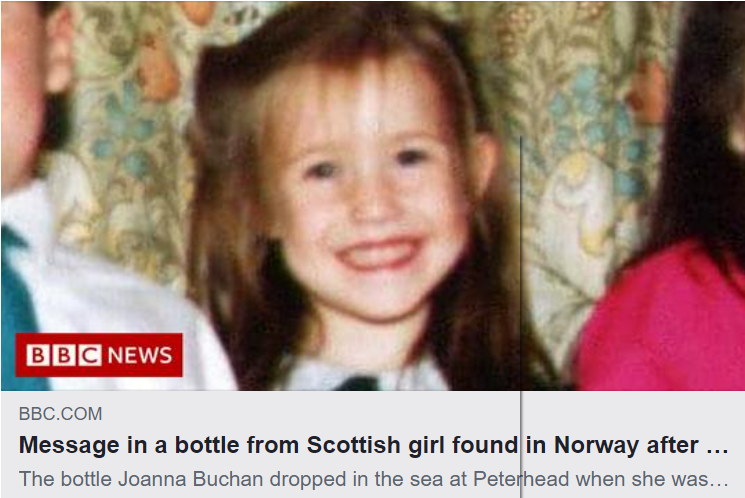 His small Sprite bottle, on the other hand, sailed through decades of time and over 800 miles before landing in Gasvaer, Norway, and in the hands of Elena Andreassen Haga. She’d gone out picking berries and looking for rubbish to pick up. When she spotted the bottle, she noticed the letter inside.

She read the letter and laughed at the juvenile writing about teddy bears, building little animals out of Blu Tack, and how she detested boys. “I was overjoyed,” Elena said. “You never know—it could be from another little island in the area, or it could be something else.” 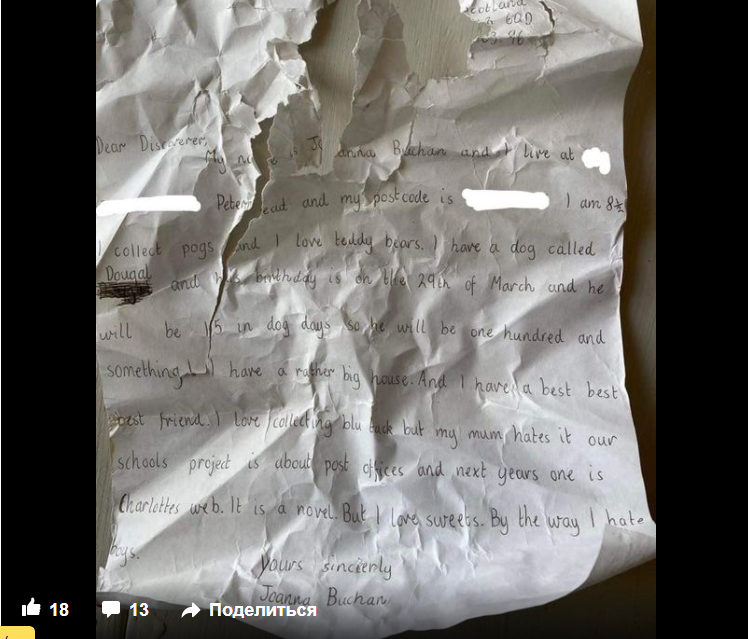 I texted Joanna the same day we discovered the bottle and promptly forgot about it after that holiday. I didn’t know who she was at first, but the dialogue heated up when I emailed her a picture of the letter.” Elena found Joanna on Facebook and sent her a photo of the letter.

And that’s when Joanna said she was stunned because she had no idea what she would’ve written about. But as all memories do, the cobwebs of her memory were wiped away when she saw a photo of her letter.

Joanna said, “At first I didn’t remember the message in a bottle, but then I started to have a vague recollection of a project we did at school. It was a dusty memory but once I saw the letter I knew right away it was me, I recognized my handwriting, which is definitely not as neat now.” She added, “I just died with laughter when I read it back, especially the way I ended it with ‘by the way, I hate boys.'” 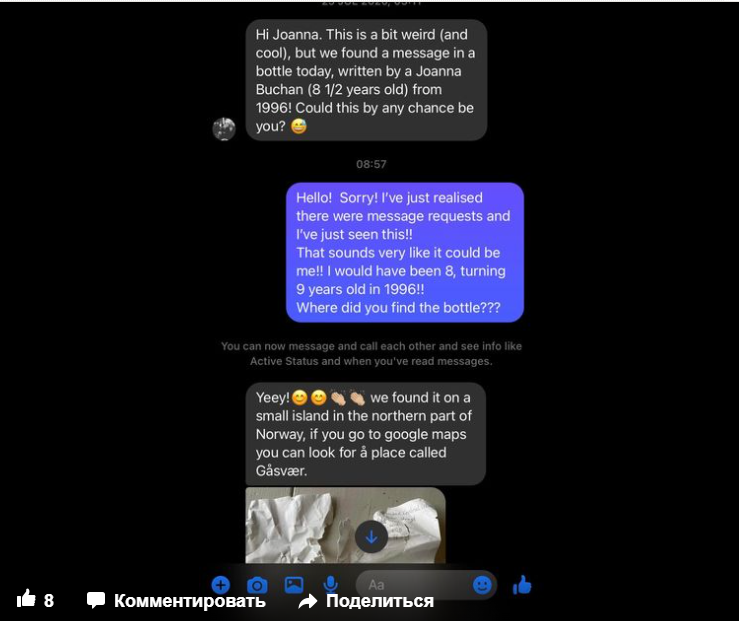 Joanna couldn’t help but laugh about the things that her eight-year-old self had written about. Not only was she stunned to learn it had been found but that it had survived 25 years in sea, but she then felt prompted to reach out to her teacher, Edith Skinner.

Edith was delighted the bottle had been found. And Edith was proud to learn Joanna had gone on to grow up and become a doctor.Edith responded to tell Joanna: “Your handwriting is just as l remember – neat and beautifully formed.

The fact you mentioned our next project ‘Charlotte’s Web’ brought back many happy memories of the lovely artwork on the wall. I am so proud to hear you are a doctor and I do hope you look back on your childhood years at Peterhead Central School with affection and happy memories. 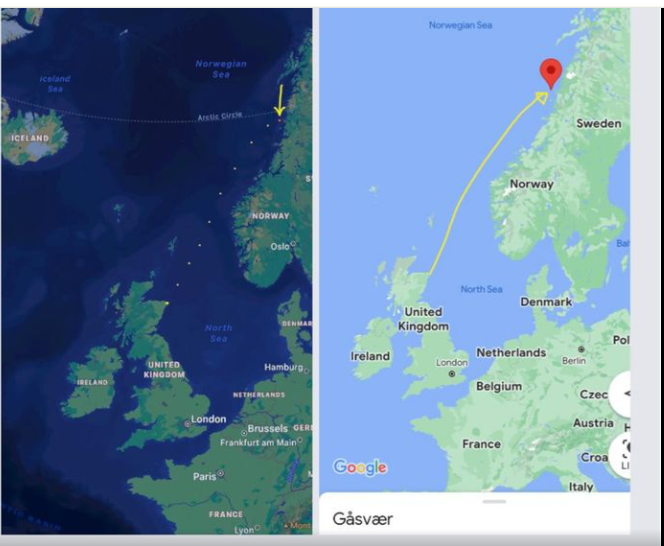 “This letter surprised its “discoverer” Elena. But it also warmed Joanna’s teacher that her school projects had a ripple effect over time. But perhaps even more special was the fact one of her students grew up to do great things to help others like becoming a doctor.

Isn’t it amazing how some childhood memories like schoolwork, school projects, and messages in a bottle can create new memories right along with old ones? Just like God’s word is a love letter to us that stretches over 2,000 years. Yet his message to us is one and the same, his love for us will stand the test of time. Source: https://www.godupdates.com/