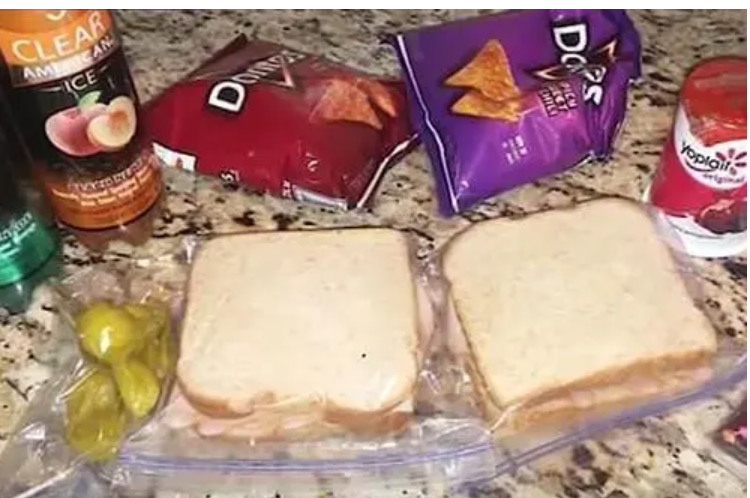 Not one sandwich, but two. And to go with them, two packets of chips and two cartons of yogurt. For several months, Josette Duran, who lives in Albuquerque, New Mexico packed her son two lunches to take to school. She packs two lunches every day for her household. However, she only has one son, Dylan. So why does she go through the trouble of packing two lunches for one kid? The reason may surprise you after you read it, but you will probably also be left in tears!

“I’m telling you this is not for praise, but it’s pretty intense,” she said in a Facebook Live post. “He said, ‘No, Mum. It’s for this little boy at school, and he sits by himself, and all he eats is a fruit cup’.” Dylan was taking one lunch for himself and the other for a friend. When Josette figured out what he was doing, she posted the conversation she had with her son on Social Media!

Dylan had asked his mother to make two lunches one day, according to the mother’s post. Josette then inquired if he was still hungry after his first lunch. Yes, Dylan admitted, he was growing hungry, but the second lunch was for another child. Every day, the small child simply brought a fruit cup for lunch, he told his mother. He also didn’t think he had enough money to buy lunch at school.

Josette eventually discovered the truth about the little child and his family. She claimed that the truth touched her close to home because she had been homeless for a while. She admitted that she and Dylan had previously lived in their car and washed in public restrooms. She has also experienced the frustration of not having enough food to eat. 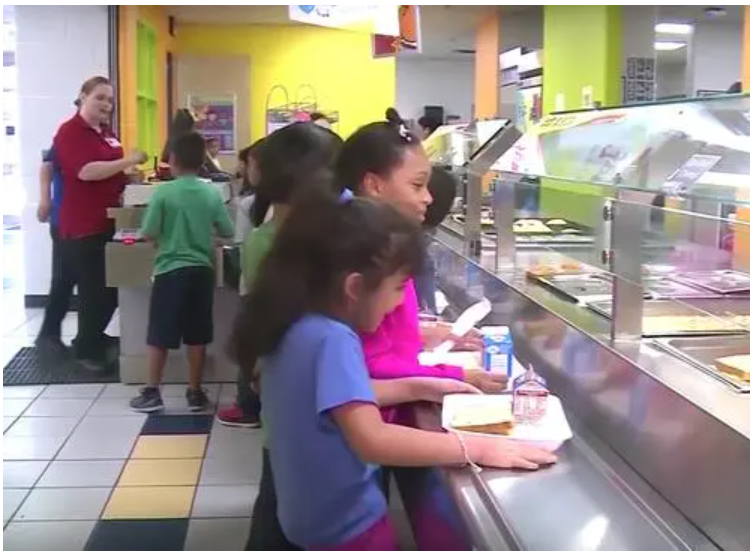 She developed the habit of bringing two lunches every day, one for her kid and the other for his classmate. The mother of the young kid soon realized what was going on. Josette received a call from the school asking her to come in at that time. After the other boy’s mother learned about the meal, the headmaster of the school in Albuquerque, New Mexico, summoned Ms. Duran to the office, according to WFNY News.

“She says, ‘I know this isn’t much, but I just got a job, and I know you’ve been feeding my son,” Ms. Duran said. She said she could not accept the money the woman offered her. The girls’ volleyball team Ms. Duran coaches also raised more than $400 to pay her back, but instead, she took that money to the cafeteria. “We paid up all the past due accounts for all the kids who need lunch,” she said. “So now, nobody in that school owes any money, and now everyone can eat.”

Ms. Duran said she felt compelled to act because she had once been in hard times herself. If you are ready to see what happened next, watch the video below. Be sure to have the tissues ready when you watch it!