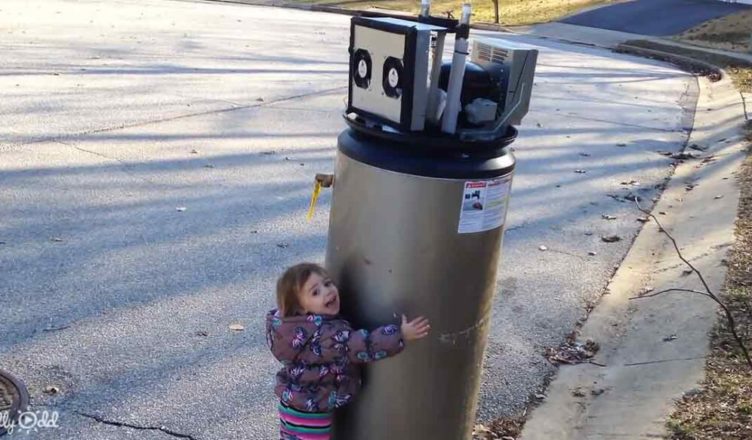 Robots are nothing short of amazing. Throw away your soft toys and dolls. Nowadays, children are growing up in the world of robots. Children of all ages believe they have entered the future because they are surrounded by these intelligent machines. Robots fascinate children because they look and feel different from humans. Something similar happened to Rayna, a young girl who encountered a malfunctioning robot water heater. 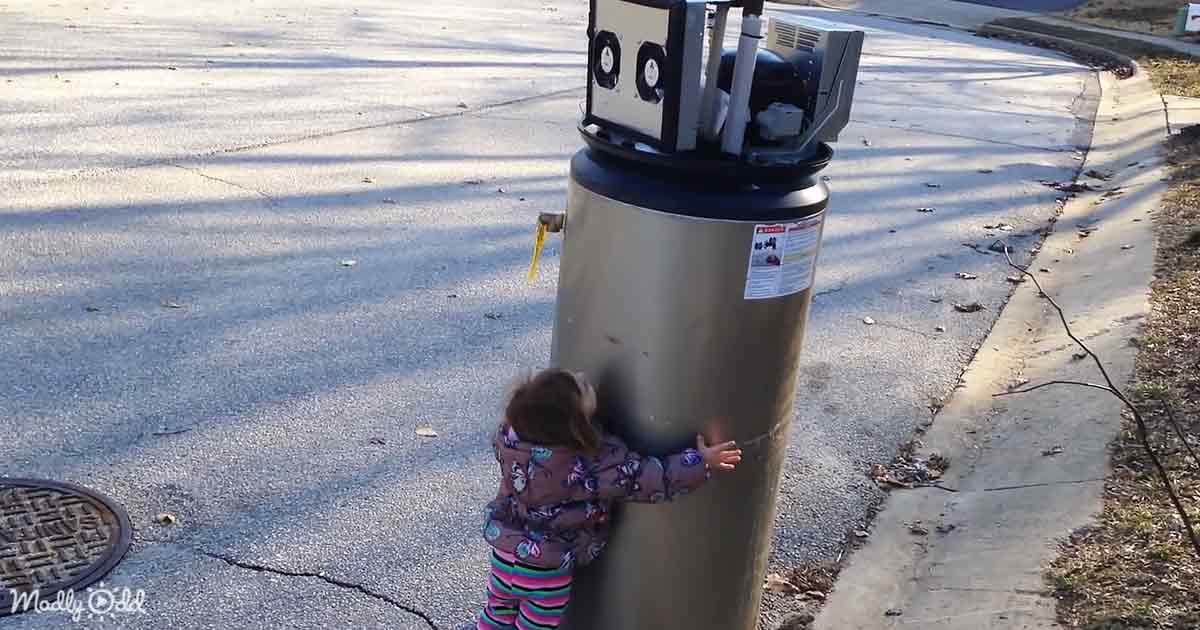 The 2-year-old playful girl discovered a water heater in front of a person’s driveway. The broken water heater looked like a robot. As a result, when the adorable toddler spotted the machine, she said, “Hi, robot.” She did, however, call the machine “Hi wobot,” which sounded very cute. It was obviously no Wall-E, but no one could blame her. The metallic water heater, which was placed near the driveway, had several robot-like characteristics.

The first thing that caught my eye was the panel attached to the machine’s top. The upper body of the broken water heater resembled a human face with two eyes. However, the appearance was white with black and white eyeballs, and the lower body was made of steel, leading Rayna to believe it was a robot. Rayna, like most young children, becomes attached to toys that feature human characters from cartoons. 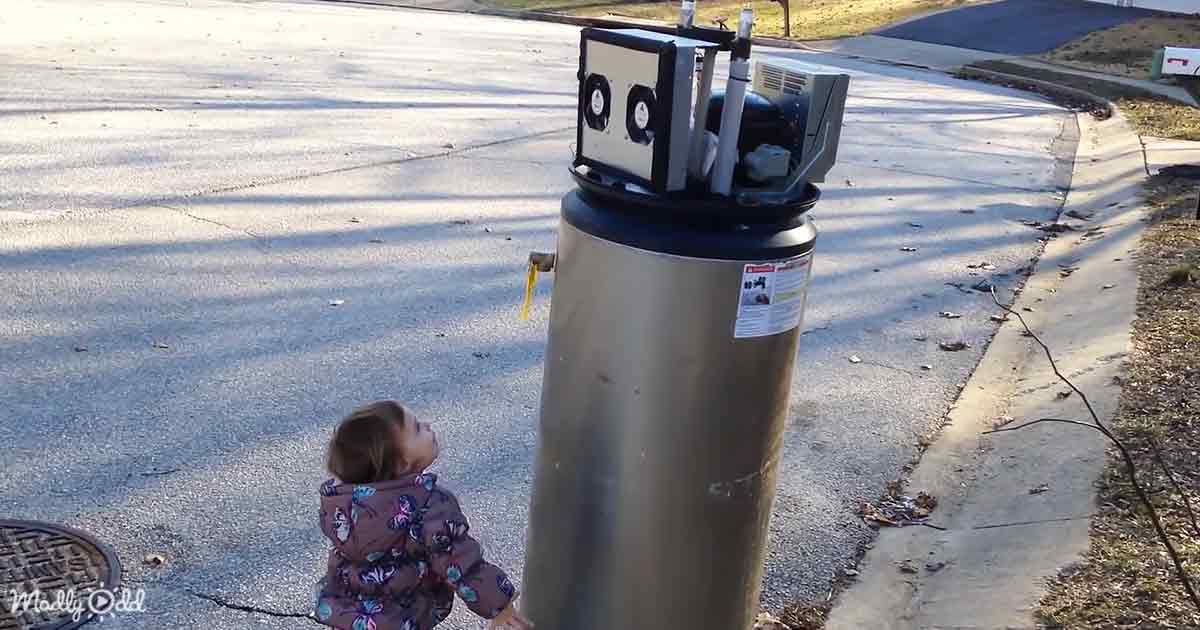 As a result, when the little one discovered the water heater in the driveway, she imagined it as a cartoon robot with a huggable body. Rayna was discovered repeatedly saying, “Hi, Robot,” to the robot. Later, she hugged the adorable machine and said, “I love you, Robot.” Netizens all over the world are in awe of the water heater-obsessed child who affectionately refers to the Robot as “wobot.”