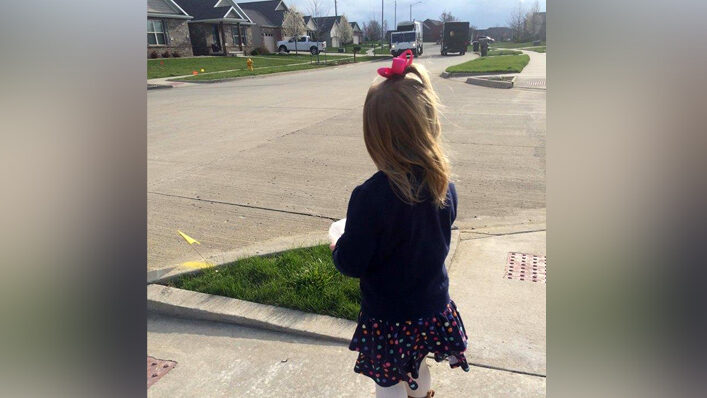 The most beautiful friendships often begin with the smallest gesture. And it all started with a simple wave for Delvar Dopson and a sweet Bloomington, Illinois, girl named Brooklyn. Every Thursday for a year, Brooklyn would stand in her driveway, anticipating the arrival of Delvar, her garbage collector. What Brooklyn and her mother didn’t realize was how much Delvar looked forward to seeing her smiling face every week—but on Brooklyn’s birthday, they were about to find out what he was doing to make sure he got there every week. 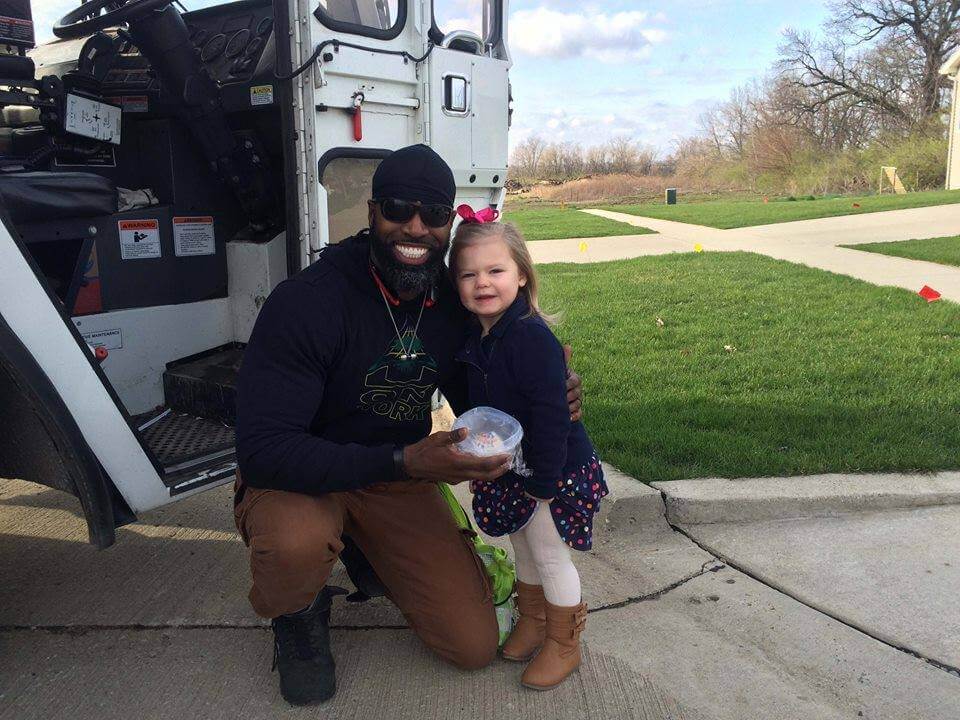 They had only seen Delvar from afar before, but meeting him in person ignited a bond that will undoubtedly never be broken. KTVU Journalist Frank Sommerville describes the touching encounter in a viral Facebook post that will melt your heart! “Mommy, I’m so happy,” it says. That’s what Brooklyn told her mother the other day after finally meeting Delvar.

Delvar works as a garbage truck driver in Bloomington, Illinois. Every Thursday, Brooklyn awaits him. She hadn’t met him until earlier this month. She wanted to give him a cupcake for his birthday. As a result, they waited outside. When Delvar passed by, he pulled over. Brooklyn’s mother posted about what happened next. It will undoubtedly make you smile:
HOLY COW… Brooklyn had the BEST MORNING EVER (and me). What a way to start her birthday.

Thursdays are her absolute favorite day… garbage day. Brooklyn has been anticipating the arrival of the garbage truck at our house for about a year. It started with waving from the window, then we had to try to be outside to wave, and if we didn’t see the garbage truck driving by, I’d drive around the neighborhood to find the garbage truck and wave… on our way out the door in the mornings. 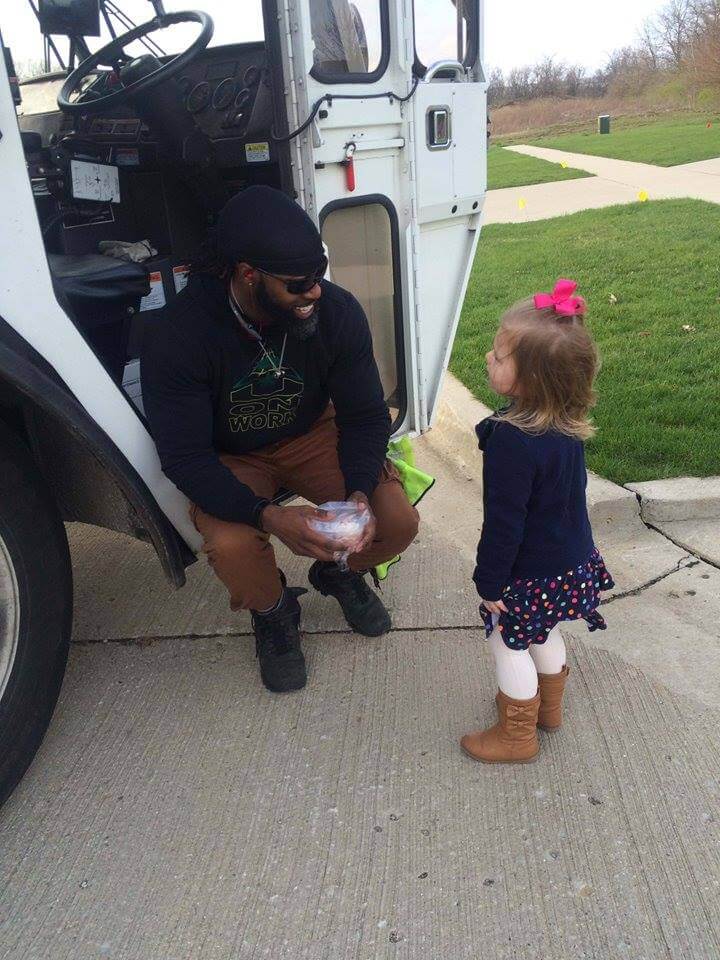 Every… Thursday, my heart overflows with joy when I see the joy that our wonderful garbage collector brings Brooklyn when he honks and waves at her with a BIG smile. And we finally got to meet him today!!! Brooklyn and I wrapped up one of her birthday cupcakes and waited for him. When he came down our street, she ran to the corner. We were waving like usual and I motioned for him to come over by us. He pulled over, got out and gave us his BIG smile. Brooklyn was instantly speechless as she handed him the cupcake.

I explained to him that he makes our day every Thursday, and we really appreciate the honking and waving, and how special of a day it is for us. Then … (melt my heart) … he explained that he looks forward to seeing us every Thursday as well.He said that he has a meeting every Thursday morning and always tries to get out of there in a hurry so that he can make sure to see us every week.

He said he doesn’t have any kids of his own, but he mentors several children and just loves them. I can’t believe that I never got his name, so for now he will continue to be “our favorite awesome smiley garbage man.” After he left, we continued onto daycare. Brooklyn was unusually quiet in the backseat. I asked her if she was OK, and she said, “Mommy I’m so happy.” So … to “our favorite awesome smiley garbage man” …