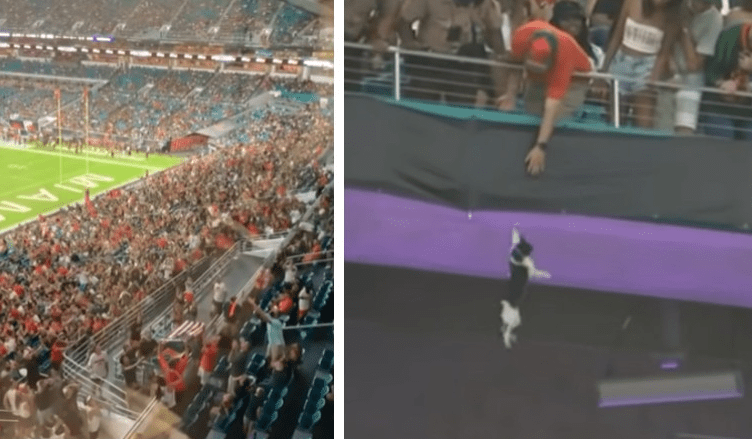 Sometimes, a football game itself is not the only heart-stopping event in a stadium. A recent University of Miami-Appalachian State University game made the news when an unexpected save took place within the audience!

As the audience was settling down in their seats, a cat somehow got into the stadium and ended up dangling by a paw from the upper deck. Dylan Marinov, one of the attendees, said, 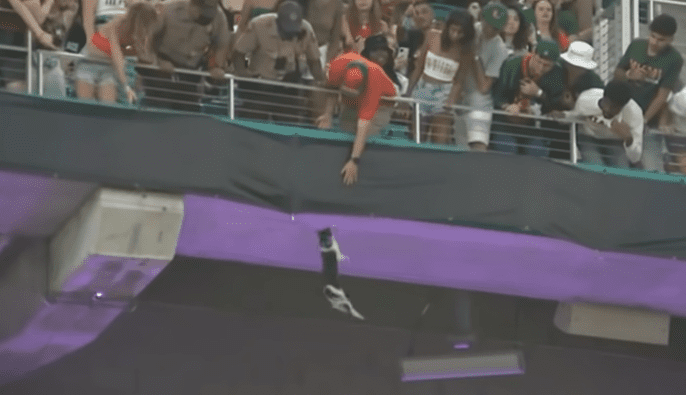 “The cat was up there for like 20, 25 minutes, and it wasn’t really moving. I wasn’t recording in the beginning, because nothing was really happening, but then it started moving a lot, so then I thought, ‘What if it falls?’”Craig,

a facilities manager at the University of Miami, told WTVJ-TV that people were trying to grab the cat from above but they couldn’t reach him and they were only scaring the feline downward. Season ticket holders, 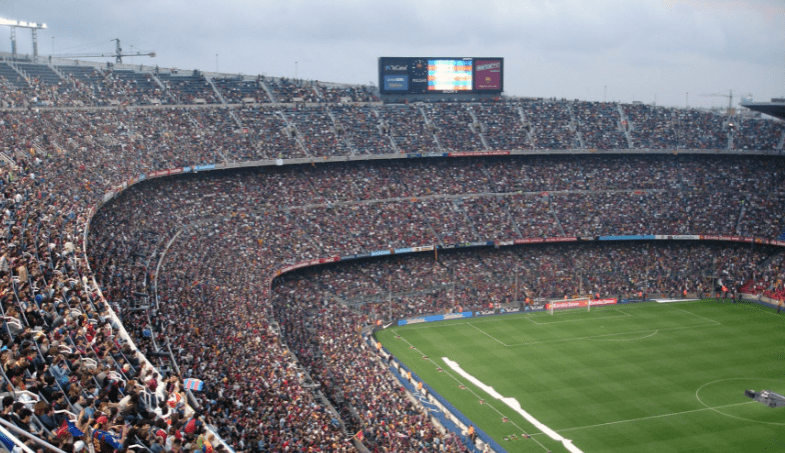 Craig and Kimberly Cromer were sitting just below the dangling cat. Good thing Kimberly takes the U.S. flag with them to all of their football games, and they normally zip-tie it to the handrail.

Other attendees stood up to help save the cat. They stretched Kimberly’s flag, waiting on what the cat’s next moves would be. The cat started to wiggle to the edge, dangle by a paw, and eventually drop right onto Kimberly’s flag, causing him to tumble from the fabric before being scooped up by the audience. 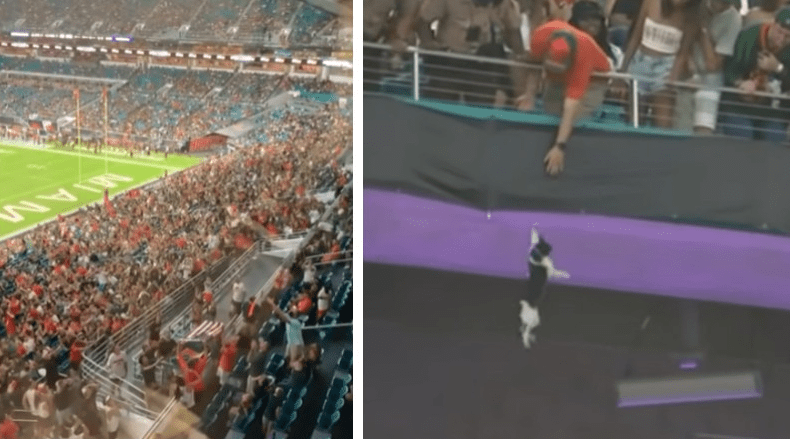 The cat was less than pleased with the situation. Although he was biting and clawing at his captors, he was still alive. The Cromers were sprayed by the cat and lost a drink as a result, but they know that that day will go down in history. In the video below, football supporters use a flag to rescue a falling cat.